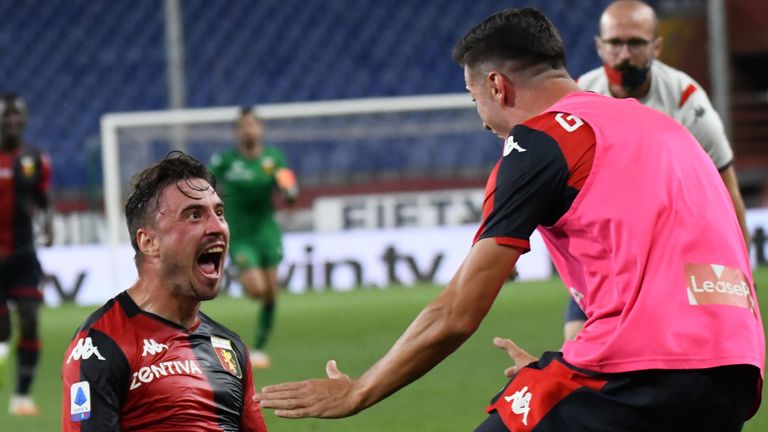 A bizarre Gabriel own-goal and a missed penalty may have condemned Lecce to relegation with a 2-1 loss at Genoa in a direct fight for Serie A survival.

Marco Mancosu atoned for an earlier penalty miss by scoring a second-half equaliser to Antonio Sanabria’s early strike. However, nine minutes from time, Filip Jagiello’s long-range strike bounced off the post and ricocheted in off Gabriel’s back.

Genoa, in 17th, moved four points ahead of Lecce in the first relegation spot with four games remaining.

Spal were relegated after losing 2-1 against Brescia, who are themselves nine points from safety and looking likely to join them in Serie B.

Udinese lost 2-1 to Napoli to remain seven points above the drop zone after Matteo Politano scored a winner deep into injury time.