‘We need funds yesterday, not tomorrow’: Serie C chief admits Italian third tier is in total crisis and fear they ‘risk default’ as plans are drawn to end the season

Italy’s third tier, Serie C, is ‘risking default’ according to its president as plans have been drawn to promote four teams while avoiding any relegation.

Lega Pro president Francesco Ghirelli spoke urgently regarding the desperate need for financial assistance and claimed proposal’s have been considered for a May meeting on how to end the current campaign. 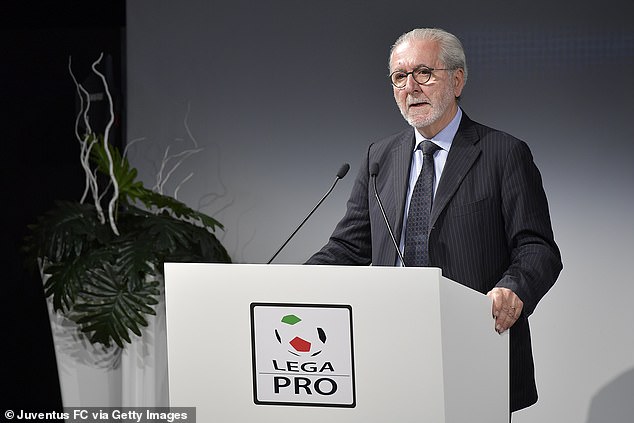 ‘Just to be clear, we don’t need this today, but yesterday. We’ll discuss the strategic plan on May 4, but also what needs to be reformed and cut.

‘On the one hand, we require liquidity, but on the other we must increase checks to catch those trying to take advantage of the situation. Never mind one or two clubs going under, we risk default here.’

Serie C has three regions where the league winners would usually be promoted as champions, with a fourth side heading into a huge play-off picture involving all three divisions with up to 27 teams taking part. 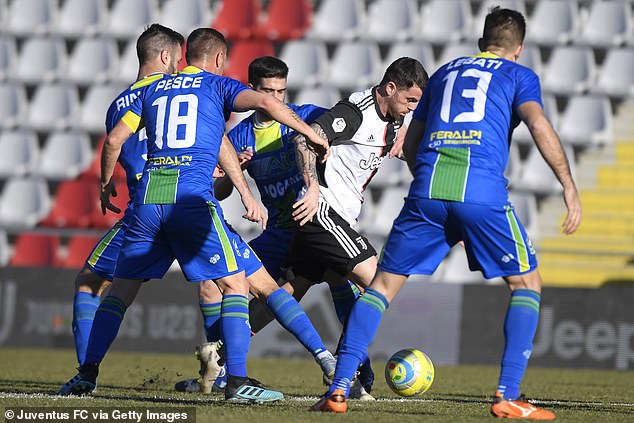 Plans set to be proposed will involve the current league leaders Monza, Vicenza and Reggina all going up to Serie B, with a fourth team to be drawn randomly. Juventus’s Under 23 team are one of the sides who could be promoted in this fashion.

There are no plans to relegate any sides into the non-professional division, Serie D.

It has been calculated that following Italian government guidelines on social distancing, testing for coronavirus and cleaning would cost each Serie C club at least £30,000 (€35,000).