Sevilla struck late to defeat Manchester United 2-1 and reach yet another Europa League final after a dramatic match in Cologne.

Ole Gunnar Solskjaer’s side took an early lead when Diego Carlos scythed through Marcus Rashford in the box, with Bruno Fernandes faultless from the penalty spot.

However, Sevilla hit back shortly afterwards when Sergio Reguilon made a brilliant run down the left flank and set up Suso, who finished brilliantly from close range.

United dominated in the early stages of the second half but failed to capitalise, wasting a series of opportunities, and Luuk de Jong struck late on from close range after a wonderful cross by Jesus Navas.

Here are our player ratings from the game: 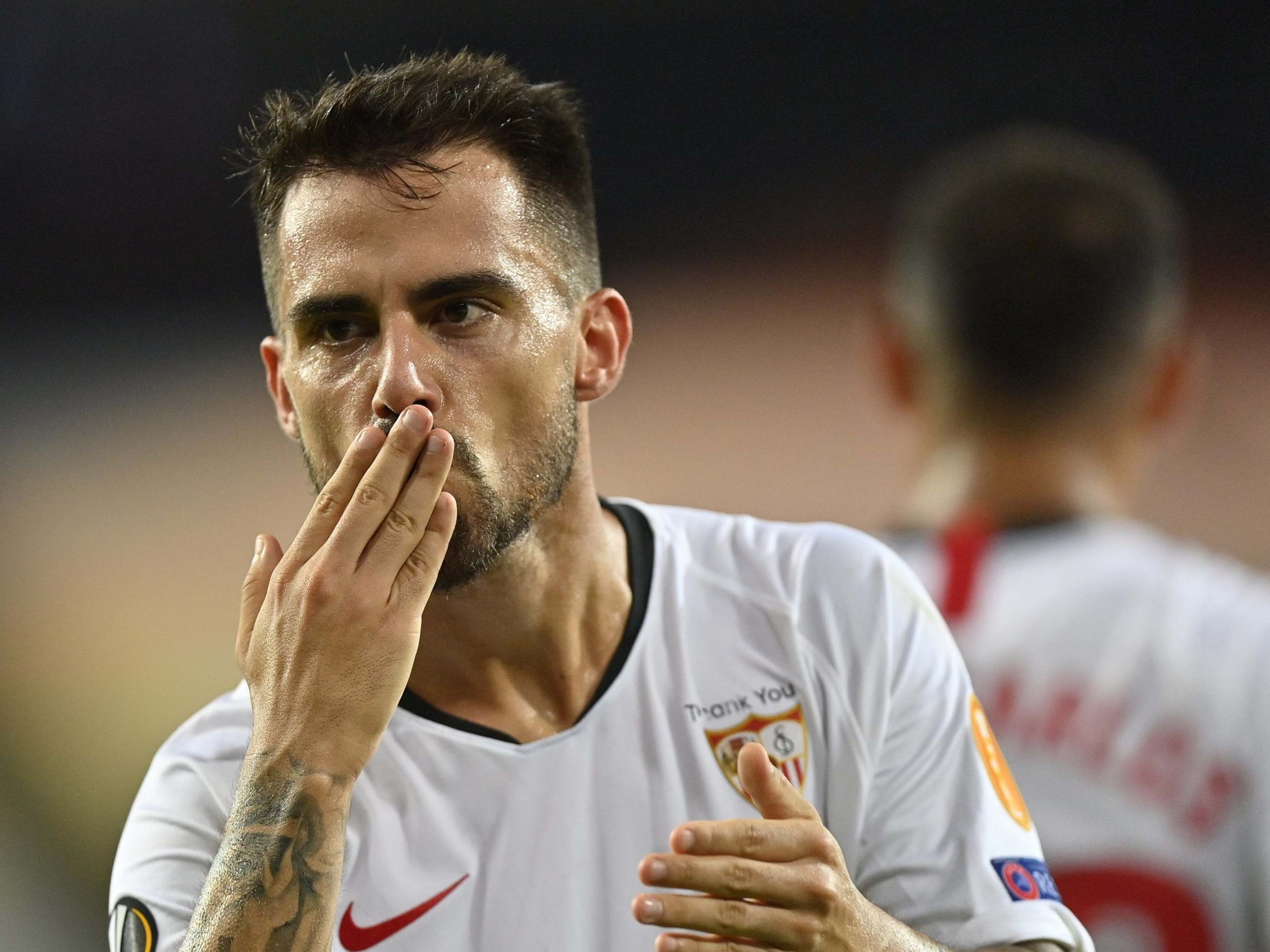 Bono – 8: Was brilliant in goal, particularly in the second half, making two vital saves to deny Martial and keep his side in the game.

Navas – 8: Was caught out by Rashford on the break at times in the first half but was a huge danger going forwards against Williams. His pinpoint cross set up De Jong’s winner.

Kounde – 5: Was flustered by the pace of United’s attack during their spells of dominance, but regained composure well in the second half.

Carlos – 4: Also struggled with the pace of United, gave away the penalty with a late slide tackle on Rashford, and picked up an early yellow card.

Reguilon – 8: Was consistently dangerous getting forwards, playing a key role in the equaliser, and handled the pace of Greenwood well on most occasions.

Jordan – 6: Helped dictate play in the centre of midfield, with Sevilla dominating possession for much of the game, but lacked incision at times.

Fernando – 6: Made a great goal-saving block to stop Rashford giving United the lead in the early stages of the second half and worked tirelessly in front of the back four.

Banega – 8: Very much Sevilla’s heartbeat, switching possession and attempting to pass through the lines. Completed more passes and touched the ball more than any other player on the pitch.

Suso – 7: Took the equaliser brilliantly to beat De Gea at the near post.

En-Nesyri – 5: Struggled to make a serious impact on the game, failing to take a shot, and was withdrawn in the second half.

Ocampos – 7: A spiteful threat up front, combing well on the left flank and drifting inside dangerously. Tracked back well in defence, too, but was forced off with an injury in the second half.

De Gea – 6: Was helpless to save Sevilla’s goals and didn’t make any mistakes under intense scrutiny.

Wan-Bissaka – 4: Struggled to deal with Reguilon on several occasions in a frantic first half and was caught out during both Sevilla’s goals.

Maguire – 6: Marshalled the defence well, despite often being left exposed on the break. Wasn’t at fault for either goal.

Lindelof – 4: Had played well but then switched off completely for Sevilla’s second, caught in a bad body position, allowing De Jong to tap in from close range.

Williams – 4: Was exposed by Navas’ overlapping runs, and had to be cautious after picking up an early yellow card. Had little cover to support him.

Fred – 7: Showed great energy in midfield having been chosen ahead of Matic. Harried well in front of the defence, making more tackles than any other player on the pitch, but missed a good chance in the first half.

Pogba – 8: Glimpses of quality created brilliant openings, completed more dribbles than any other player, and was effortlessly composed in the centre of the pitch throughout.

Fernandes – 8: Took his penalty brilliantly, as usual, and forced Bono into action with a stinging long-range shot. Had more shots and made more key passes than any other player.

Greenwood – 6: Made several dangerous runs forward but wasn’t clinical in front of goal, missing a wonderful chance in the opening minute of the second half.

Martial – 6: Held up the play well and played a pivotal role in winning the penalty, but missed a great chance in the first half.

Rashford – 6: Counter-attacked brilliantly, with Sevilla’s full-backs leaving acres of space in behind. Won the penalty, but wasted a great chance on the brink of half time.