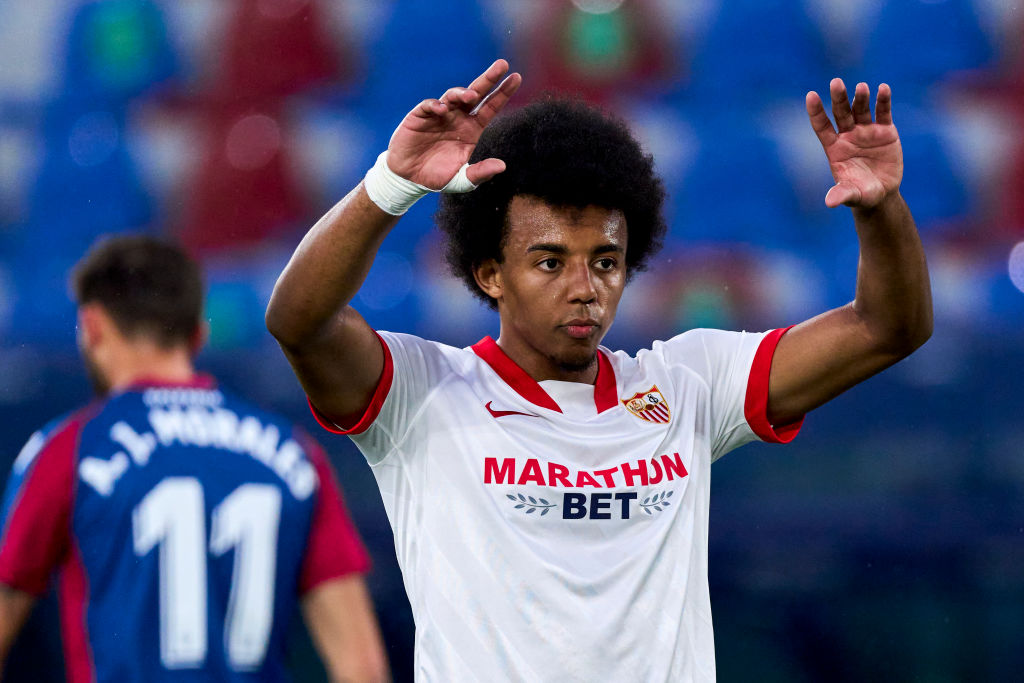 Chelsea are continuing their push to sign Sevilla centre-back Jules Kounde and may have to offer a third different player to land the defender, according to reports.

The Champions League holders are looking to bolster their back-line this summer and have made Kounde their top defensive target, offering a player-plus-cash deal of £30million plus Kurt Zouma.

However, their opening bid was rebuffed by Sevilla, who would prefer a straight cash offer and value their 22-year-old defender much closer to his £68m release clause.

Chelsea have already offered both Emerson Palmieri and Zouma to try and sweeten the deal, but now The Athletic claim Sevilla have their eye on a different defender.

The Spanish side are big admirers of Andreas Christensen and could be tempted into entertaining a player-plus-cash swap deal if the Danish centre-back is included.

Chelsea, though, want to keep the 25-year-old and have opened talks over a new contract, with the Dane’s current deal set to expire next year.

Zouma, meanwhile, is not convinced by a move to Sevilla and would prefer to stay in London, with West Ham keen to try and sign him.

According to The Athletic’s report, Chelsea are prepared to do ‘whatever it takes’ to secure a deal for Kounde and will look to sign the defender irrespective of whether or not Sevilla agree to take a player in part exchange.

The Blues have already raised significant funds through player sales this summer, selling the likes of Fikayo Tomori and Marc Guehi for sizeable fees, and could raise another £20m by offloading Zouma to West Ham.

That would allow the west Londoners to pay Kounde’s £68m release clause, effectively swapping three surplus-to-requirements defenders for one player they believe can be a cornerstone of the side for the next decade.

For his part, Kounde – who has returned to training with Sevilla after his Euro 2020 exploits – is keen to move to Stamford Bridge and personal terms will not be an issue.

Being assaulted is a reality facing every grassroots level referee