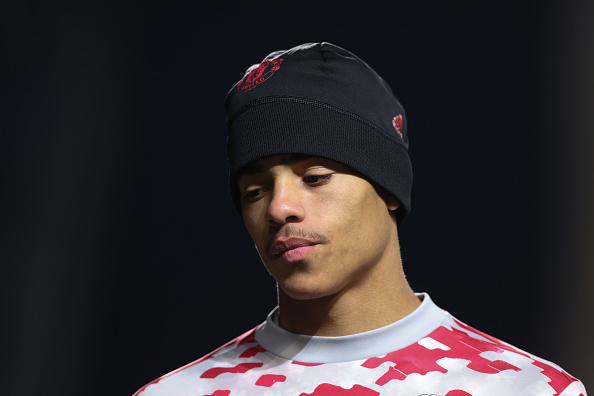 Shaun Wright-Phillips has urged Mason Greenwood to be patient and wait for his chance to break back into Gareth Southgate’s England national team.

Greenwood has been one of United’s best players so far this season, having scored four goals in 10 Premier League starts.

Despite his form, Greenwood was left out of Southgate’s latest squad for the World Cup qualifiers against Albania and San Marino, with the England boss insistent that his omission was purely to ensure that he does not get burnt out.

However, It is now over a year since United’s 19-year-old forward last played for England, dating back to his Covid-19 bubble breach in Iceland last September.

And former England winger Wright-Phillips believes that Greenwood simply needs to bide his time in order to force his way back into the squad, while also urging him not to get upset by the decision.

‘It’s a tough challenge, when I was coming through at England, I had David Beckham in front of me,’ he told Metro.co.uk.

‘I had one winger, he’s got maybe three of four and they’re all playing at their maximum level at the minute.

‘For Southgate he is going to pick the ones that have done it over and over for him, whether their form has been good or bad at club level.

‘You’ve got Phil Foden who plays centre midfield and the wings and he does both of those positions at the same level.

‘He’s scoring goals and doing well. Raheem Sterling hasn’t played much for Man City but every time he plays for England he plays very, very well.

‘He’s just got to wait his time and be patient. You can’t get upset. Players have to understand this is England, it’s not club football.

‘He’s [Southgate] got the whole of the Premier League to pick from and he’ll pick who he thinks is right. So you’ve just got to run with it.’

Shaun Wright-Phillips was speaking to Metro in conjunction with William Hill.