Luke Shaw’s stunning performance for England in their 4-0 win over Ukraine has seen him win rave reviews from pundits after playing a key role in the Euro 2020 quarter-final.

The Manchester United left-back turned in an outstanding display for the Three Lions with two assists at the start of the second half after supplying crosses for Harry Maguire and Harry Kane to head in.

The goals proved to be a crucial point of the game at the Stadio Olimpico in Rome, as they gave England a 3-0 lead at the start of the second half to all but put them out of sight in the clash. 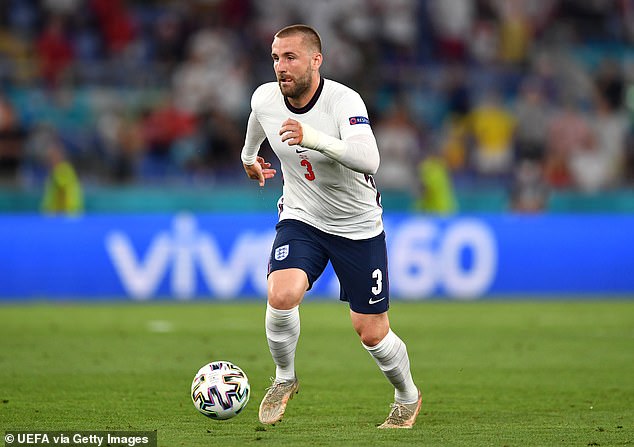 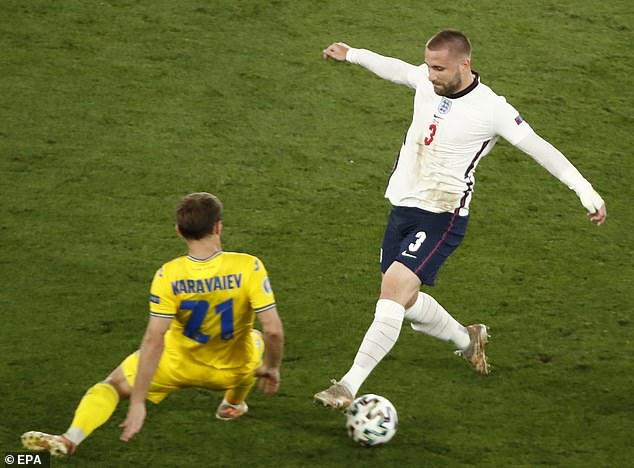 In a bid to give the left-back some rest, Gareth Southgate replaced Shaw with Kieran Trippier in the 65th minute but his display was already enough to leave the likes of Rio Ferdinand impressed at the 25-year-old’s contribution.

‘He’s had a real burst of form, the former England centre-back told the BBC. ‘This season he’s been fabulous, his delivery has been exquisite in this tournament and the timing of his runs.

‘It comes from the pressure to win the ball back. He dives in where it’s dangerous defensively, he has bravery, execution from set pieces in vital moments of the game.

‘At times it comes down to maturity, down to footballing ability, so many more components make up a player. Being in the right place at the right time, having the right management, staff and players around you.’ 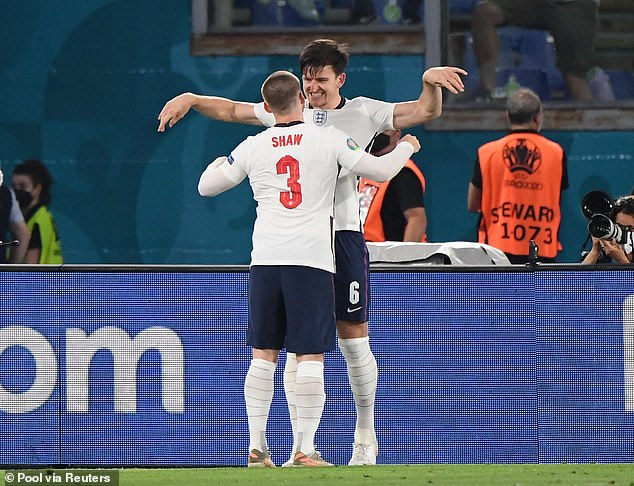 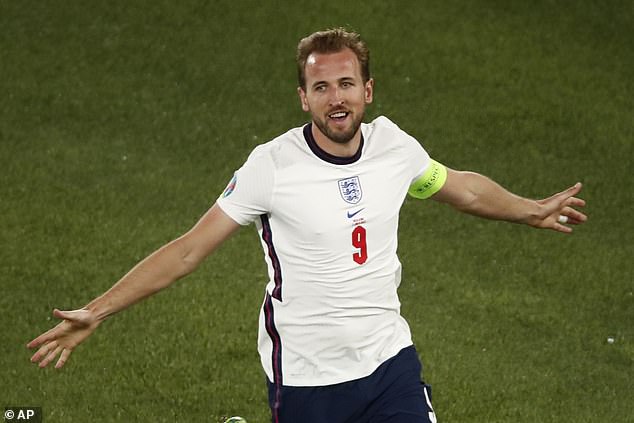 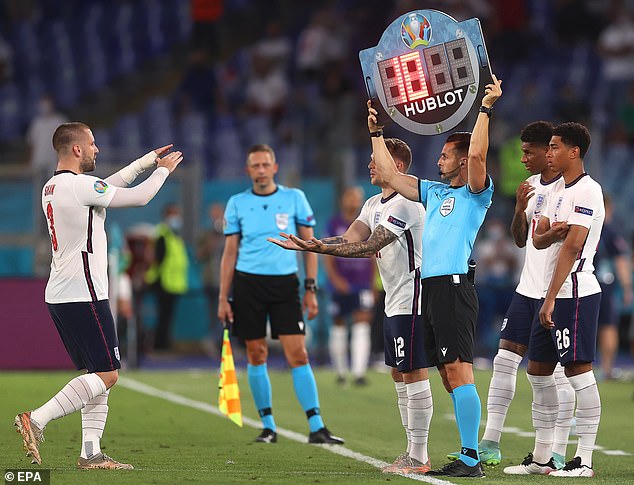 In a bid to rest the left-back, he was substituted in the 65th minute at the Stadio Olimpico

Former England midfielder Frank Lampard admitted that Shaw had not been at his best in the last couple of years but that he has been left impressed at the positive turnaround in his career.

‘Something has clicked with him in the last 18 months, Lampard told the BBC. ‘Sometimes you can’t control injury stuff, he wasn’t in the best of shape. Now he can do what you want from him.

Shaw had previously struggled at Old Trafford under previous boss Jose Mourinho, but since Ole Gunnar Solskjaer took over at the end of 2018 he has improved in many areas under the current United boss. 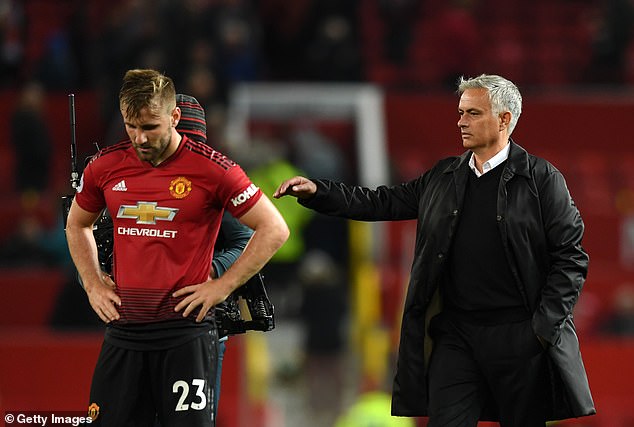 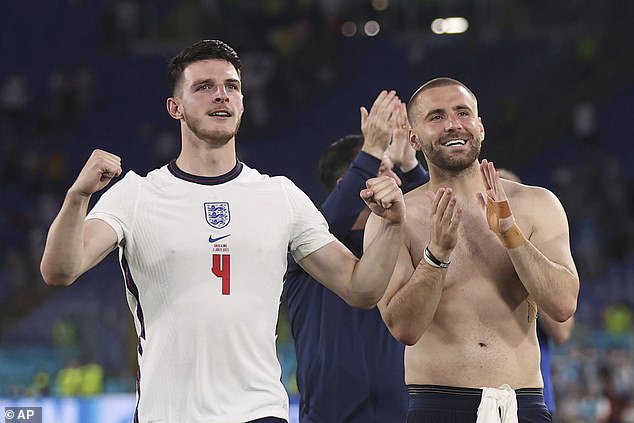 Former England striker Alan Shearer believes having a manager that is now getting the best out of Shaw at club level, which has now been transformed to international level, has helped him come back into form.

Shaw was only called back into the England squad earlier this year following just two appearances in the last six years.

‘It’s about people believing in you and having the confidence in you, Shearer told the BBC. ‘If you have one bad game, it’s not the be all and end all, the manager still trusts me. He has that now both with club and country.’

Lowdown on Granada as they try to shock Manchester United