Dean Henderson’s loan deal at Sheffield United has been extended until the end of the season after the Blades agreed an extension with Manchester United.

Henderson’s loan was set to expire at the end of June, which would’ve seen him return to Old Trafford before the end of the campaign.

But he will now remain at Bramall Lane, where he has spent the last two seasons on loan, and been one of their stand out performers this term. 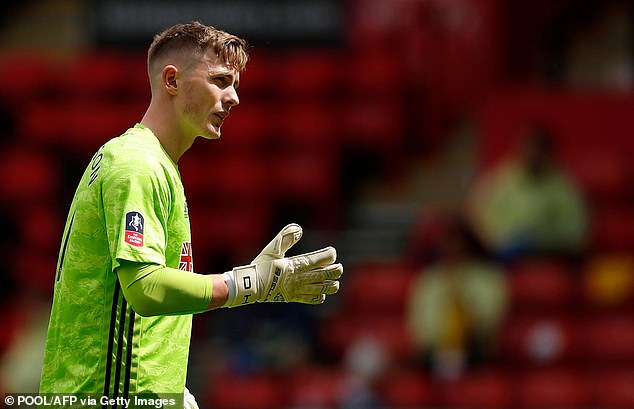 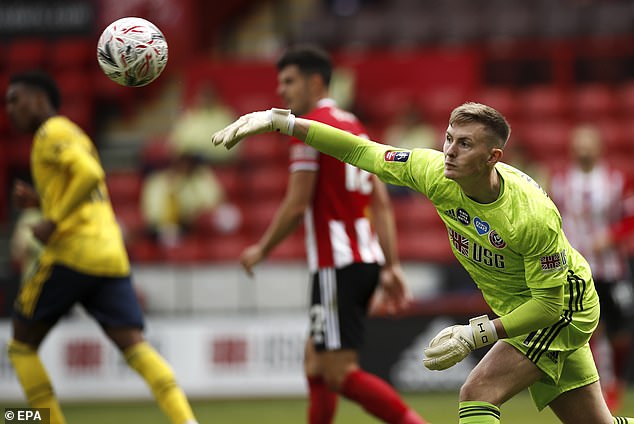 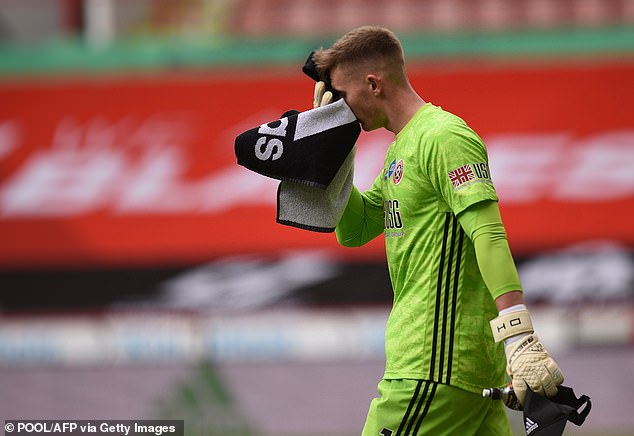 The 23-year-old’s form this season has seen him tipped to replace David De Gea at Old Trafford next term but his performances have dipped since football’s resumption after the pandemic-enforced break.

Henderson was criticised for his performance in the Blades’ FA Cup quarter-final defeat to Arsenal on Sunday, after failing to keep out Dani Ceballos’ injury-time winner at his near post.

Former United defender Rio Ferdinand was among his critics and felt the youngster should’ve done better.

‘I spoke about this a while ago, as a defender I would be very upset with the keeper there,’ Ferdinand told BT Sport. ‘I’m saying to the keeper, ‘the front post, nothing goes through the front post’. 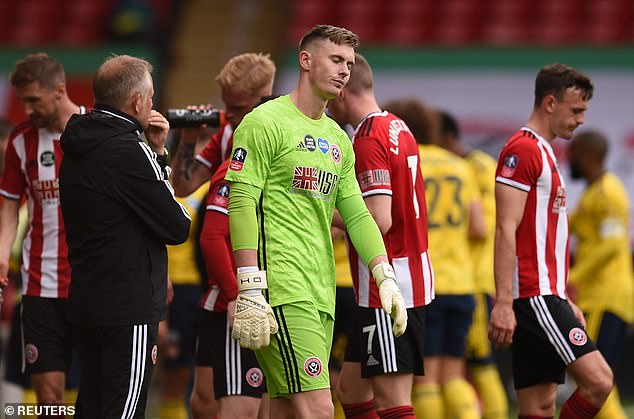 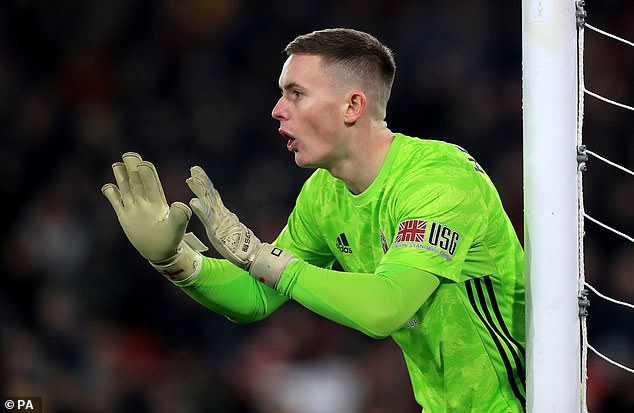 ‘The goalkeepers’ union might suggest something different but when I was playing that was how I used to feel.’

But he retains the support of United boss Ole Gunnar Solskjaer, who has tipped him to become the club’s and England’s No 1 in the years to come.

When asked about the prospect of Henderson replacing De Gea, he said: ‘It’s a different job to be playing for Sheffield United and for Man United, there are different, how do you say, he’s got different roles and for me the two years he’s had have been fantastic development.

‘And as the stats show he’s proved worthy of quite a few points. He’s learning all the time, he’s a passionate keeper that wants to be the best, he’s developing, he’s got good coaching there and, I’ve said it before, one day he’ll be England No.1 and Man United No.1 and it’s up to him to keep developing.’