Shrewsbury have had a red card rescinded for mistaken identity in a bizarre incident.

The FA have announced Flanagan’s red has been overturned, with a booking transferred to Slovakian stopper Marosi. 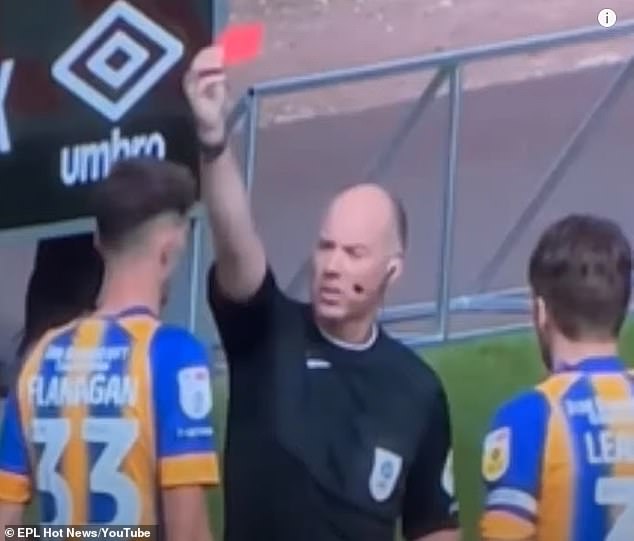 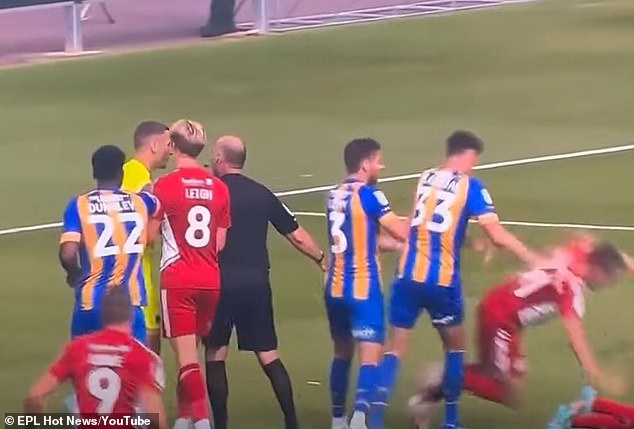 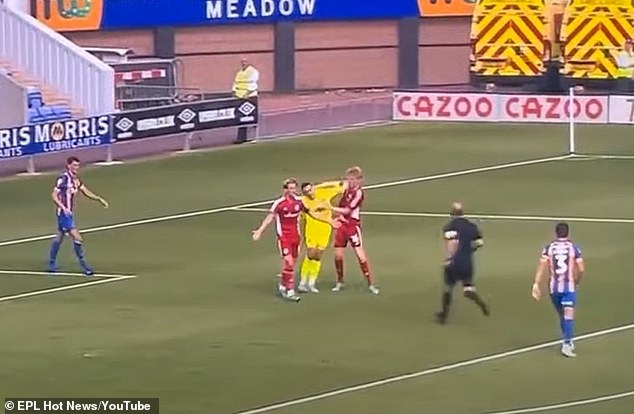 A statement said: ‘Thomas Flanagan will be available for Shrewsbury Town FC’s next fixture following a successful claim of mistaken identity.

‘The defender was sent off for two yellow cards during the EFL League One fixture against Accrington Stanley on Saturday 6 August 2022.

The scuffle was started after an aerial tussle between Flanagan and Accrington’s Tommy Leigh left Marosi sprawled on the ground.

Marosi went to confront Leigh but was held back by Stanley defender Harvey Rodgers, leading him to lash out with his elbow at Rodgers.

With Sean McConville then racing over to referee Haines to protest about the goalkeeper’s actions, Flanagan then turned McConville and flung him to the floor, on top of Rodgers, who was writhing around in agony after Marosi lashed out.

That caused a shoving match between both sets of players, culminating in Haines saying to Flanagan: ‘One yellow for the push, second for dissent and that one’s a red. See you later,’ leading to comparisons to flamboyant former referee Mike Dean.

After the sending off in the 57th minute, Accrington scored via midfielder Leigh in the 77th, holding on for a 1-0 win at New Meadow.

SEE IT: Surprising goal is why you don’t ever sleep on Sunderland