Completely unprovoked, the conversation took an expected diversion in Porto on Tuesday. ‘Chelsea have a value of around £700million but money doesn’t play,’ exclaimed Pepe rather out of the blue.

As we know, Pepe — a three-time Champions League winner with Real Madrid — is a master of the dark arts, but even for him this was slightly out of the ordinary.

Next, his manager Sergio Conceicao, again unprompted, was on the front foot about cash — or rather Porto’s lack of it. 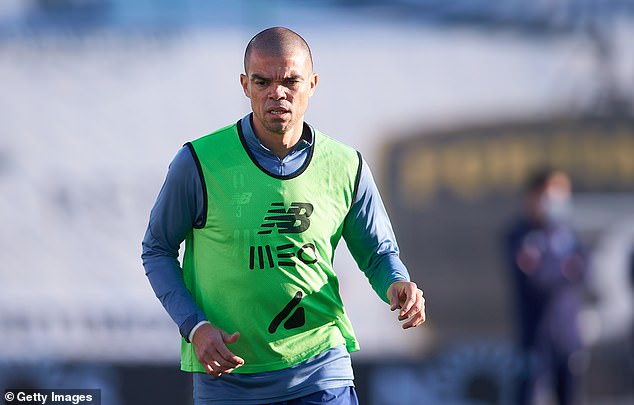 Moments later, Conceicao was at it once more: ‘We won’t be thinking that our most expensive player is £8m and Chelsea’s is something else. When we take the field it is 11 versus 11,’ said the Porto boss.

No prizes for guessing how Porto are motivating themselves for Wednesday night’s Champions League quarter-final.

Of course, the occasion and the prospect of a semi-final spot in European football’s elite club competition should be inspiration enough. But whatever works for you.

Not that Chelsea were remotely buying into the rather contrived narrative emanating out of Portugal on Tuesday.

‘No, money will not give you advantage, for sure,’ said Blues midfielder Mateo Kovacic, a former team-mate of Pepe before swapping Madrid for London in a £40m deal. ‘The advantage we need is on the pitch because Porto is a tough opponent. It is nothing to do with budget.’ 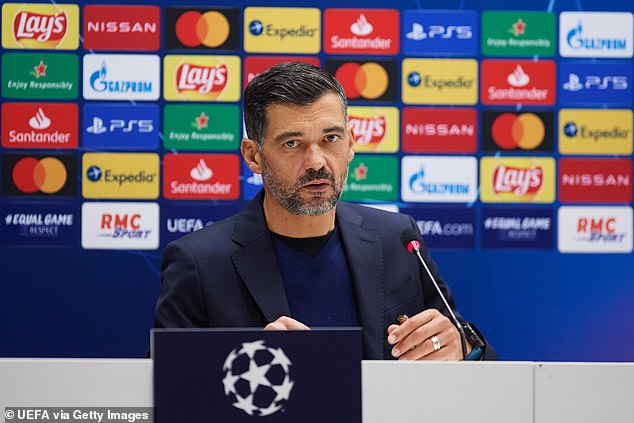 It is perhaps understandable that Porto have tried to conjure a phoney war to stoke the fire ahead of Wednesday night’s encounter. They are major underdogs.

At one stage Pepe was even asked by a local journalist how he felt about Chelsea players celebrating drawing Porto in last month’s draw.

Did they? The accusation certainly came as a surprise to Chelsea manager Thomas Tuchel. ‘In the Champions League, we wouldn’t celebrate any draw. We respect every team,’ said the German.

‘We come from a competition in which we are able to lose against the team 19th in the table 5-2 (West Bromwich). So we know how humbly we have to approach every game.

‘In the quarter-finals of the Champions League, if you wish for an opponent you will lose yourself in crazy mind games.’

Kovacic agreed, saying: ‘It’s strange to hear that from Pepe because I played with him for three years. I don’t know what he means or if he actually said it. But of course not, we didn’t celebrate. 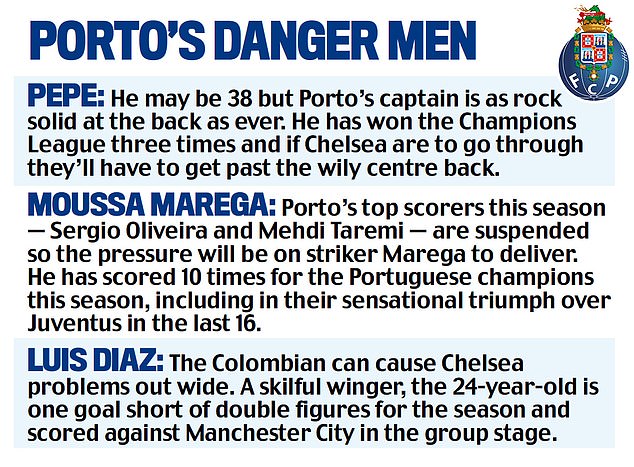 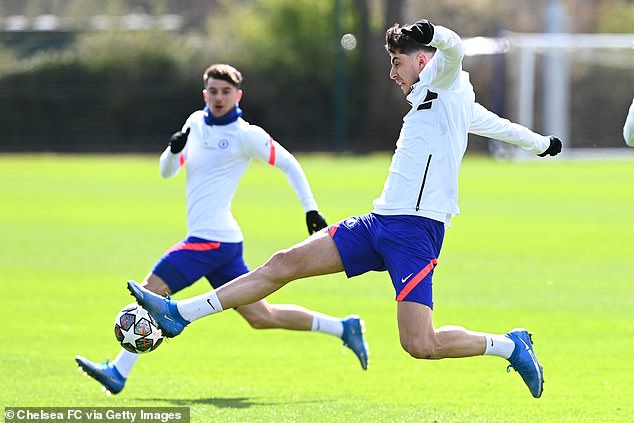 Chelsea decided not to bite, despite their summer spending on players such as Kai Havertz

‘Me? I didn’t celebrate because when I played before with Real Madrid I know that in these stages there are no lucky opponents or bad opponents.’

There appears little danger of Chelsea becoming complacent ahead of Wednesday night’s first leg in Seville.

And if there was any lingering feeling of underestimation, Saturday’s harrowing loss to Premier League relegation candidates West Brom would have acted as a reality check.

As would have Sunday’s training confrontation between Antonio Rudiger and Kepa Arrizabalaga — who were both unused substitutes in the loss.

Life can change rapidly when you’re a football manager. From 14 games unbeaten to his first defeat as Chelsea head coach, to separating two players after an angry clash — Tuchel has found out the hard way quite how quickly things can change. 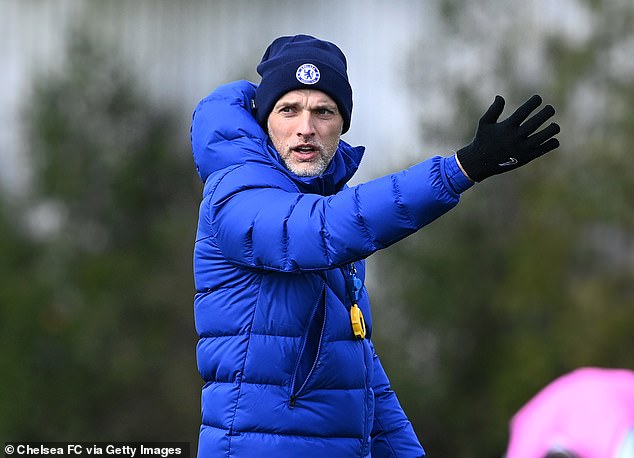 From 14 games unbeaten to his first defeat as Chelsea boss, it has been a wild week for Tuchel

On the bust-up, Tuchel explained: ‘I don’t want to play it down with anything artificial. These are things we don’t want to accept, but they can happen.

‘They are all competitors and want to win. The reaction was not OK. But the reaction to it, how the guys handled the situation, especially Toni and Kepa, was amazing and showed how much respect they have for each other.

‘They cleared the air immediately. That showed me they have very good character. Toni sorted it out directly, and it was a strong and brave thing to do.’

Tuchel will be hoping the weekend’s events are not a sign of things to come on Wednesday night as he heads into the biggest game of his Chelsea tenure.