‘I can’t understand why Manchester City players don’t get the recognition they deserve’: Bernardo Silva is bemused at Kevin De Bruyne being snubbed for PFA Player of the Year

De Bruyne has been a leading contender for PFA Player of the Year awards in the past since joining City in 2015, but he has always been pipped to the gong in the end.

Riyad Mahrez picked up the award after Leicester’s stunning title win in 2016, while N’Golo Kante claimed the accolade a year later following a sensational debut season for Chelsea. 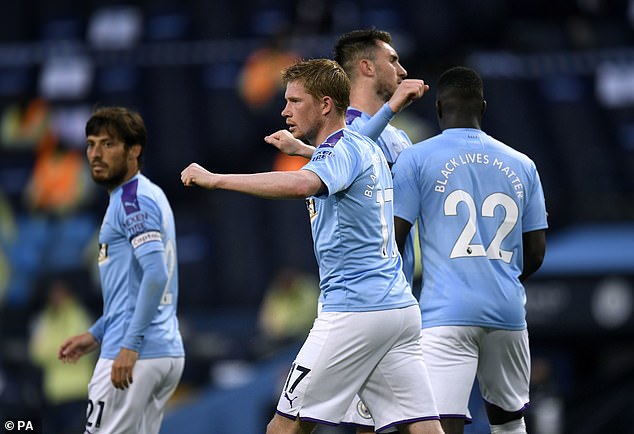 De Bruyne then starred for City as they broke all sorts of records, claiming 100 points during their title-winning season in 2017-18, but he was beaten to the award by Mohamed Salah.

And last year, Virgil van Dijk won the individual prize as De Bruyne endured a frustrating season with injuries. And Portuguese star, Silva, has questioned why the club’s players haven’t been recognised for their outstanding achievements in years gone by – especially during their back-to-back title-winning campaigns.

The 25-year-old told the Telegraph: ‘Kevin de Bruyne should have won the [award] two years ago – he was clearly the best player in the league that season.

‘It is a fair process, but I can’t understand why City players don’t get the recognition they deserve.’

City are currently in limbo as they wait to find out whether their two-year Champions League ban will be upheld – with concerns over the futures of star players, such as De Bruyne. 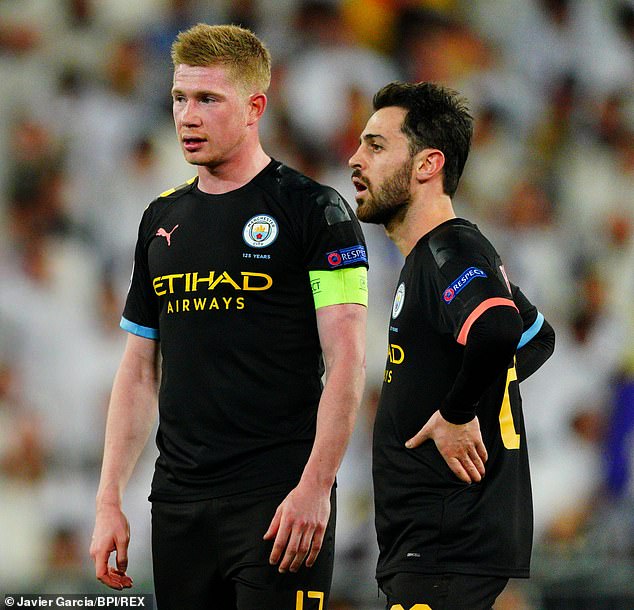 The Etihad outfit have appealed the ban, and Silva has since admitted that the uncertainty facing Pep Guardiola’s side has made them extra focused on succeeding in this season’s Champions League.

City hold a 2-1 advantage against Real Madrid in the last-16 stage of the competition but their campaign was put on hold after the coronavirus pandemic stopped football in its tracks.

Silva added: ‘Of course, what happens with UEFA is an important matter. No one knows what is going to happen, so we must only think about what we can control now. What we can control is to play the competition in the best possible way. We must put all of our energy into trying to win the Champions League.

‘I think all of the players are with the club and support what they are saying. We will try to do our best this year and not worry about anything else.’ 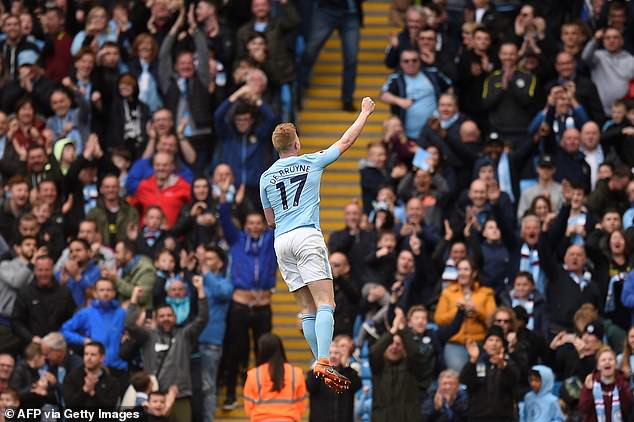