Simon Jordan agrees with Gary Neville that Chelsea beating Manchester United to the signing of Frenkie de Jong would be embarrassing. Chelsea are now strongly linked with De Jong, who has been United’s top midfield target throughout the summer.

Jordan and Neville have often disagreed over the big topics in football. Just last week, the former Crystal Palace owner hit out at Neville’s criticism of new Chelsea owner Todd Boehly being too involved in the club’s transfer business.

However, it appears they are on the same page in regards to De Jong. The Holland midfielder wants to stay at Barcelona but would prefer to join Chelsea over United if he were forced to leave the Nou Camp.

Earlier this week, Neville outlined how embarrassing it would be for United if Chelsea were to beat them to De Jong. And Jordan has agreed that it would be a bad look for the Red Devils. 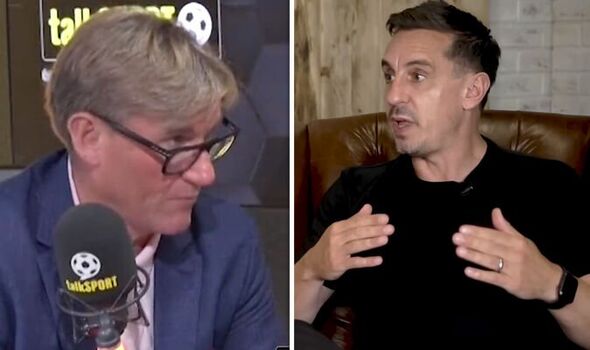 Speaking on talkSPORT, Jordan said: “It can’t kind of not be [an embarrassment] can it?” He later added that Boehly would be showing up United’s more experienced transfer hierarchy if he were to secure De Jong.

Jordan continued: “You’d be disappointed because A: Todd Boehly doesn’t know any of these people in these rooms, and people at Man United do. United should be in that position where they have got relationships with these clubs and are able to find a solution, but Chelsea are at the table.

“Of course it would be an embarrassment because it would be 12 weeks of a circular discussion which seems to have gone nowhere, with Man United being pipped at the post by a Chelsea side that isn’t in the greatest of nick.” Agreeing a fee with Barca is not a problem for United.

However, convincing the player to join the club has proven to be the main issue. Nevile says it would be a sad indictment of United if De Jong’s former manager Erik ten Hag cannot lure him to the club. 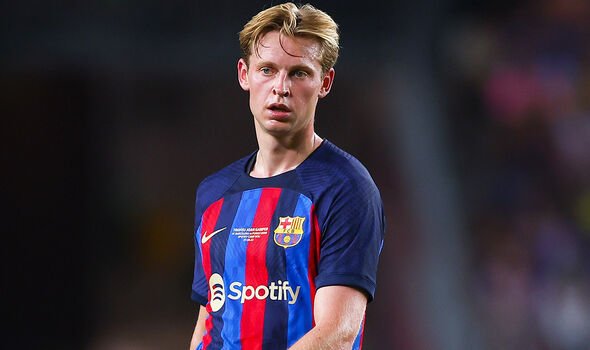 Neville told Football Daily: “If they [United] don’t get him [De Jong], it’s embarrassing but if he goes to Chelsea, it’s horrific. If he doesn’t want to come, the deal would have been switched off a few weeks ago.

“Because of the relationship the player has with the manager, there must be some communication between them that’s saying, ‘wait for me I’m coming’. There are three outcomes. One, he comes and Man United look smart and patient.

“The second is that he stays at Barca and there’s a bit of embarrassment because they’ve put all their eggs in one basket, and they haven’t got anyone else in. The third one does not even contemplate thinking about – he goes to a rival club in the Premier League against the manager who he’d worked under for the previous few years.”