The cash-strapped club were left looking for a new coach after Conte quit having grown frustrated by their lack of resources ahead of the new season – despite winning their first Serie A title in nine years.

Inzaghi – who has impressed during his five years at Lazio – was installed as the early frontrunner for the job, and he was confirmed on Thursday morning – signing a two-year deal with the club.

An Inter Milan statement read: ‘FC Internazionale Milano would like to welcome Simone Inzaghi to the Club, as our new First Team Coach. The Italian manager has signed a two-year deal with the Nerazzurri.’ 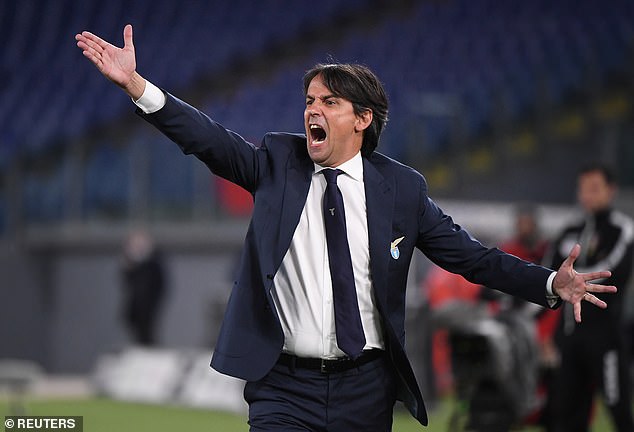