However, he would like to see a greater representation from the Scottish champions.

“The stronger the depth of the squad, the better chance you have of being successful,” said Dalglish, who won a record 102 caps for Scotland and scored a joint-record 30 goals.

“The players now, there are four or five who are first choices in the Premier League. It’s a while since we’ve had that and that’s good going forward. 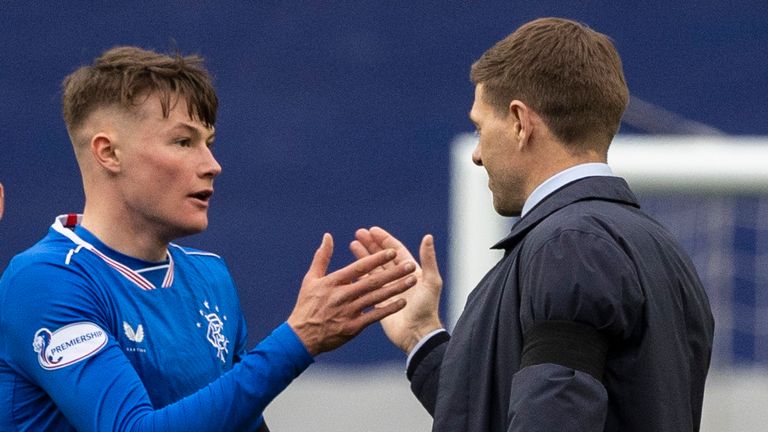 “Steven Gerrard could do with signing another couple of Scottish players to get them in the Rangers team – that might improve their performances as well.

“Steven’s got a few English and foreign players in there which doesn’t help us and they’re the best team in Scotland by far at the moment.

“But in saying that, Celtic still have a couple of boys playing for Scotland.

“They’re playing at a higher level, I think, although this year has been difficult for them. It all looks pretty promising but we’ve got a really, really difficult section. Just to be there, as long as we can compete, I’m sure we’ll get satisfaction.

“Stevie Clarke has done a fantastic job. The squad that he’s getting to pick from is getting stronger and deeper the longer we go on.

“There are more boys playing at the top level in the Premier League in England than what there was before when he came in.

“I think we’re heading positively in the right direction.” Dalglish believes the cheers of a grateful nation can inspire Che Adams to be a Euro 2020 star for Scotland.

The former England U20 youngster switched allegiances to hand Clarke’s squad a major boost ahead of this summer’s tournament.

Scotland have lacked a natural goal-getter in recent years but they now have a player of genuine threat up top.

Dalglish knows what it takes to impress the Tartan Army and he reckons 24-year-old Southampton striker Adams – who struck nine times in the Premier League last season, as well as scoring his maiden international goal on his third cap against the Faroe Islands – has the tools required to help Scotland build a path to the latter stages.

“I think it’s important to get someone who can score goals,” said Dalglish. “Getting Che Adams into the squad is a brilliant bonus for us.

“The boy worked his socks off in the games he had.

“He’ll enjoy it even better when the crowds get back in and get right behind him.

“It’s a difficult position to fill, striker. There aren’t too many about. Not too many are born in Scotland and you can’t manufacture one.

“We’re grateful for him coming in and I’m sure he’ll be an asset.”

Scotland have the honour of hosting both the Czech Republic and Croatia at Hampden in between a trip to Wembley to face England.

But with three of the four teams in Group D potentially qualifying for the second round, Scotland will fancy their chances.

But Dalglish cautioned: “It’s a great opportunity until you mention who we’ve got to play. Croatia beat England in the semi-final at the last World Cup and then you’ve got England who aren’t too shabby either.

“If you can get past those, then you’ve got a chance.

“What do you think the other sides will be saying about Scotland? They’ll be going ‘Och, we’re alright, this will be a doddle, we’ll beat them.’

“You don’t think England will be saying ‘We’ll beat them?’ I’ve not seen or heard an England player say, ‘That’s a hard game for us’.

“I don’t think they’ll underestimate us, but they’ll still be confident of beating us. Just let’s hope that confidence turns into complacency and gives us a better chance.”