Oliver Skipp will miss the remainder of Tottenham’s season after the north London club confirmed he underwent surgery for a groin problem in America on Tuesday.

The news will come as a massive blow to Antonio Conte and his push for a top-four finish given how Spurs have limited options when it comes to centre midfielders.

Conte revealed earlier this month that the 21-year-old was ‘very, very close’ to returning to the squad after a long-term pelvic injury, which has ruled him out since January. 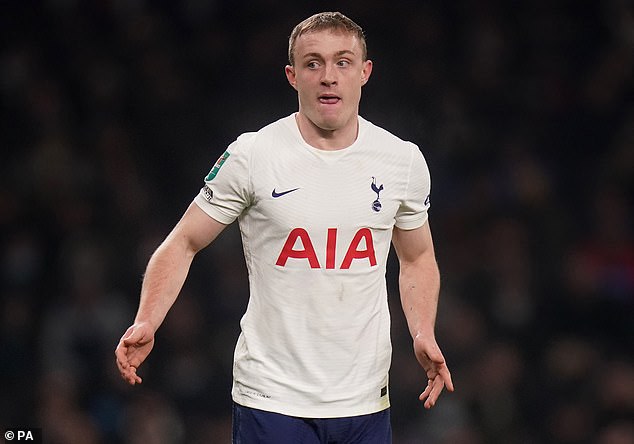 It looked as if the midfielder would make a comeback this season after he returned to training but suffered a setback when he felt discomfort in his groin.

And with the problem still persisting, Skipp has now had surgery on the groin issue and will play no further part in the club’s final push to secure Champions League football for next season.

The north London club said in a statement on Tuesday: ‘We can confirm that Oliver Skipp has undergone surgery in America this morning (Tuesday 26 April) to repair a pubis injury and will be out for the remainder of the season.

‘The academy graduate, 21, will now undergo a period of recovery and is expected to return to training for the pre-season period.’ 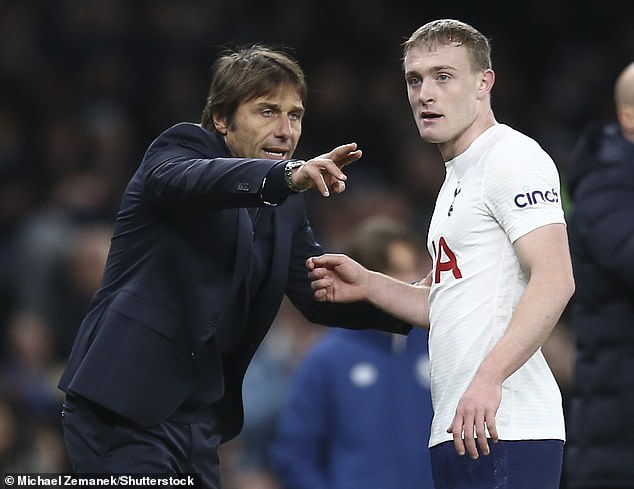 Skipp became an integral player under Conte during the few two months of his arrival in north London and was recently given a new five-year deal as a result.

He has made 52 appearances for Spurs since emerging from their academy to make his senior debut in October 2018 and has also featured 28 times under Conte and predecessor Nuno Espirito Santo this season.

After signing his extension, Skipp said: ‘You can never have thought that young boy walking through at six/seven and signing at Under-9s would get to this stage, so I’m delighted to sign this new deal. 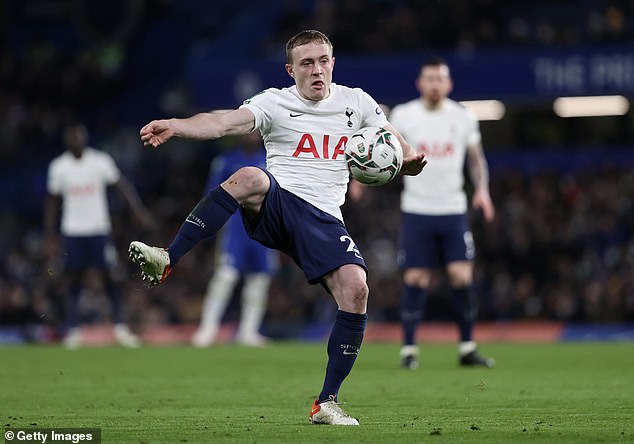 ‘I’ve missed that feeling obviously in the last few months! But it’s something that I’m pushing to feel again.’

Having played a bit-part role in his first two years with the senior side, Skipp headed out on loan to Norwich last term and impressed, appearing in 45 of their 46 league matches and being included in the PFA Championship Team of the Season.

He then returned to Spurs last summer and was brought into the starting XI by Espirito Santo, starting eight out of 10 Premier League games under the Portuguese before he was dismissed in October.

Conte has taken a liking to Skipp, starting the youngster in six of his first 10 league outings and tipping him to go on and become a ‘top midfielder’ in the future. 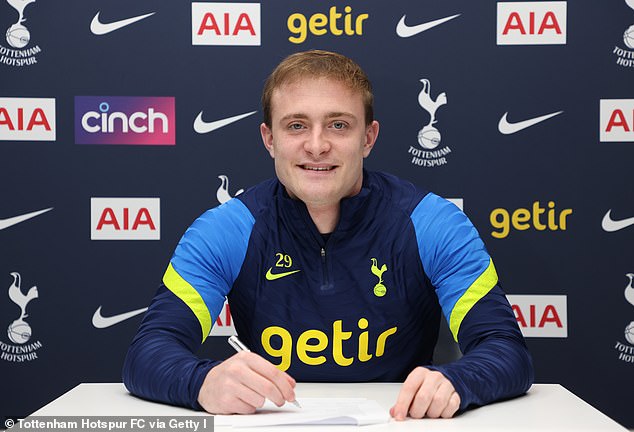 The Italian said about him back in December: ‘This player, without the ball, he works very, very hard. To have him in the midfield together with Hobby [Pierre-Emile Hojbjerg] is very, very important.

‘For sure, the part that he has to improve is with the ball but in one month I have seen a lot of improvement about Skippy. He’s a player who wants to improve.

How long can Son Heung-min keep out-running his own xG?