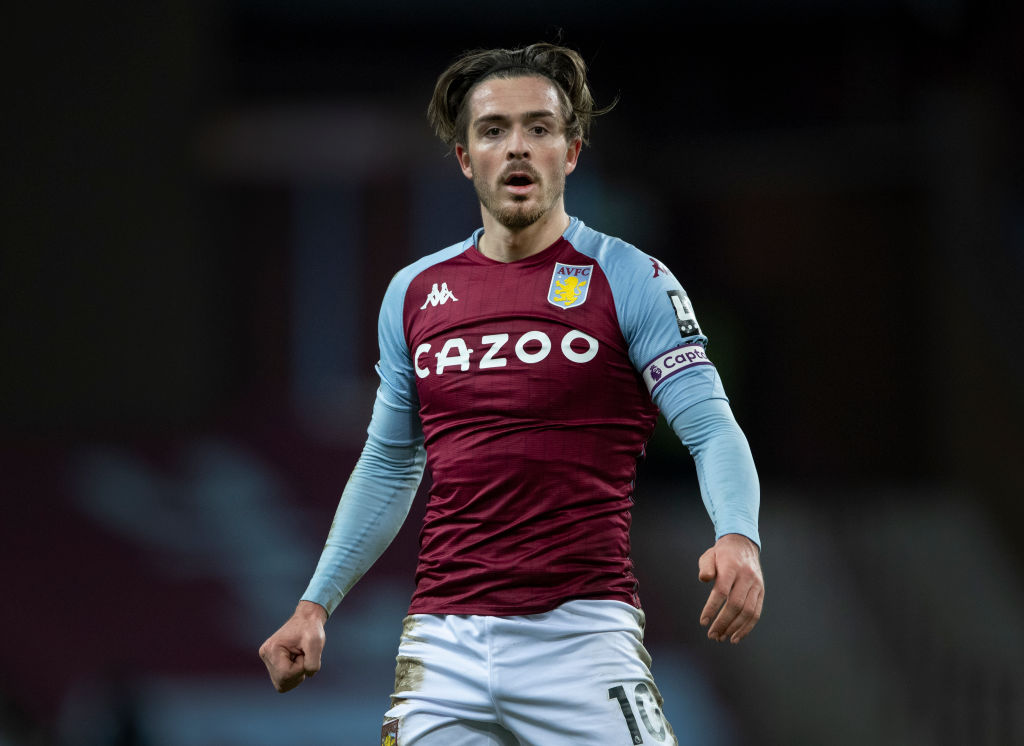 Aston Villa boss Dean Smith has confirmed Jack Grealish has returned to individual training after a positive scan on his shin injury this week.

In a huge boost for both his club and for England ahead of the postponed Euro 2020, Grealish is set to return to action against Manchester United next weekend.

The Aston Villa captain has missed 10 Premier League games with the mystery shin issue, with his side only winning twice without their talisman.

Smith admitted there would be a cautious approach to his return, after he was initially scheduled to make his comeback against Fulham on April 4.

‘The scan has came back and it’s showed a positive scan,’ said Smith ahead of Saturday night’s clash with Everton.

‘We’re loading him gradually and we’re obviously a little bit tentative after the last time.

‘He’s doing gradual loading and won’t be available for this weekend.’

Grealish has not featured since Villa’s goalless draw against Brighton on February 13 but his return should be well timed for Gareth Southgate.

He will have five league games left to prove his fitness to the England manager, having suffered multiple setbacks in trying to get over this shin issue.

Smith will also be without French midfielder Morgan Sanson – who remains out with a knee injury – but he was delighted to welcome Brazilian striker Wesley back to the fold last weekend in the 2-2 draw with West Bromwich Albion.

‘He’s had one of the most significant injuries that I’ve seen, so it just shows his strength of character,’ said Smith.

‘For him to come on [against West Brom] and almost score the winner just gives the whole squad a boost.’