Dean Smith didn’t hold back in celebrating Aston Villa’s last-ditch survival on Sunday, admitting he crashed-out in his office after drinking into the early hours.

Villa’s escape was confirmed with a 1-1 draw at fellow last-gasp survivors West Ham after skipper Jack Grealish scored the crucial goal, as a point in game 38 left Smith’s side one point clear of relegated Watford and Bournemouth.

The 17th placed finishers completed the season with 21 defeats and just nine wins, two of which came over Arsenal and Crystal Palace amid a four-game unbeaten run to finish the season. 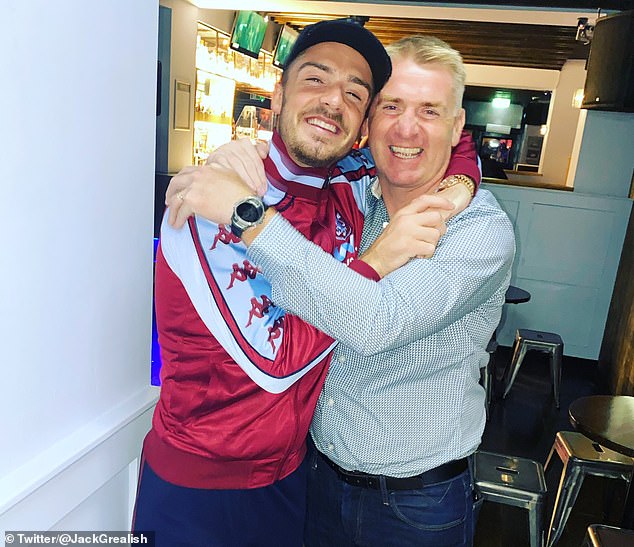 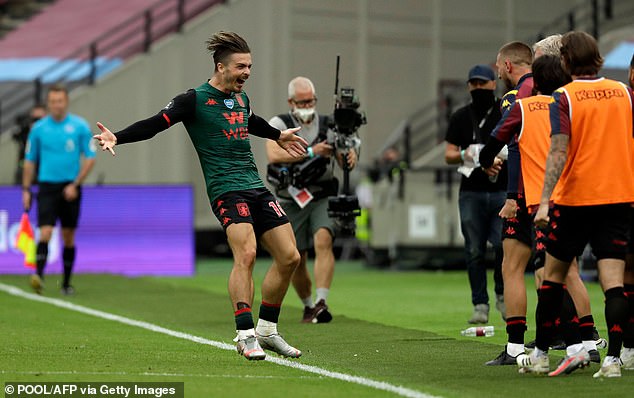 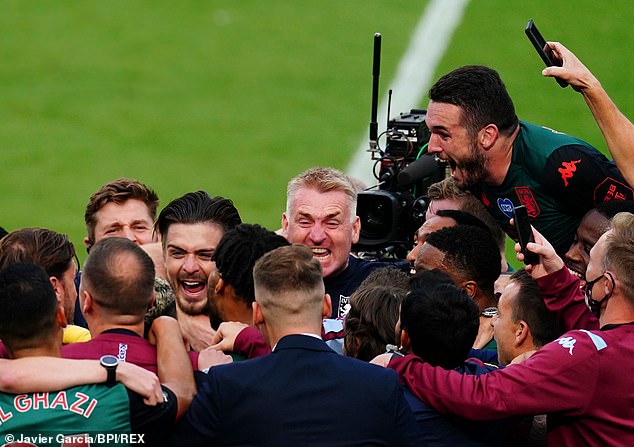 The squad took their chance to relax on Sunday night after a roller-coaster season, featuring Carabao Cup final defeat to Manchester City after semi-final jubilation, worries over Grealish being poached in January and constant battles with injury.

‘I’m not great because it was a heavy night but I’m ok,’ Smith told TalkSport the morning after securing survival.

‘I slept in my office at the training ground, I’m not sure what time it was. I slipped off before the lads could see me!’ 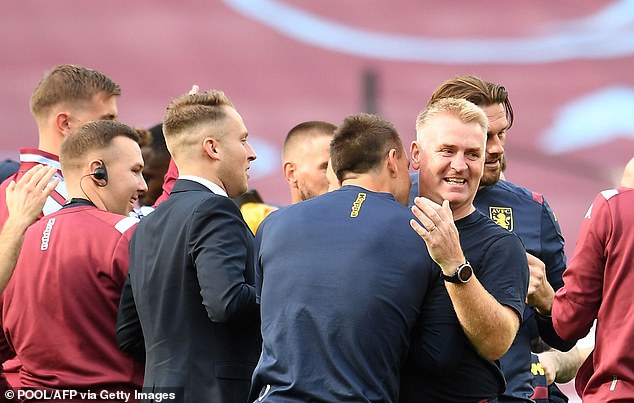 Smith had a stressful season, battling injuries and bedding in a new squad before surviving 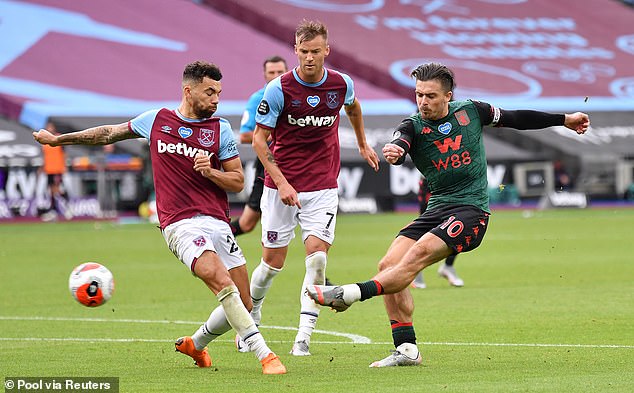 Grealish’s future will be one of the defining factors in the summer transfer window, with Manchester United being linked to the Englishman persistently this season.

The skipper’s loyalty to Villa was rewarded upon survival after the midfielder opted to stick around and fight to avoid the drop rather than jump ship in January.

Relegation would have all-but confirmed Grealish’s departure this summer and while a new contract still looks far-fetched, fans have been handed a glimmer of hope after securing their top-flight future.

‘I gave him a few shots last night and got him to sign a new 5 year contract,’ Smith joked.

‘It’s a chat for another day, he’s a wonderful lad and I’ve got all the time in the world for him and I’m so pleased he scored the goal that kept us in the Premier League.’