The Socceroos have been handed a difficult path to the 2022 World Cup after being pitted against Japan, Asia’s top-ranked side, in the final group stage of qualifiers.

Australia were drawn against the highest-ranked opponents from all but one pot at the Asian Football Confederation draw in Kuala Lumpur on Thursday afternoon. They were placed in Group B alongside Saudi Arabia, China, Oman, Vietnam as well as the Blue Samurai. 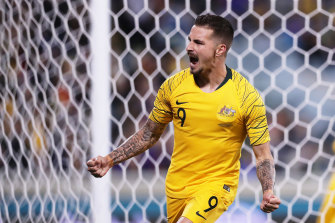 The draw has ensured Australia continue their 15-year rivalry with Japan, whom they have met in the final World Cup qualification stage of every campaign since the country joined the AFC in 2006.