On Wednesday afternoon, for once, all was well in the world of Newcastle United.

The club had unveiled three signings alongside Steve Bruce and they had not long finished telling reporters about the lure of their new surrounds when Mike Ashley’s helicopter swept into view.

For a few hours more all remained good, the owner’s rare visit perhaps a signal of renewed interest and welcome dialogue with his manager, who was there to greet his paymaster from the chopper. 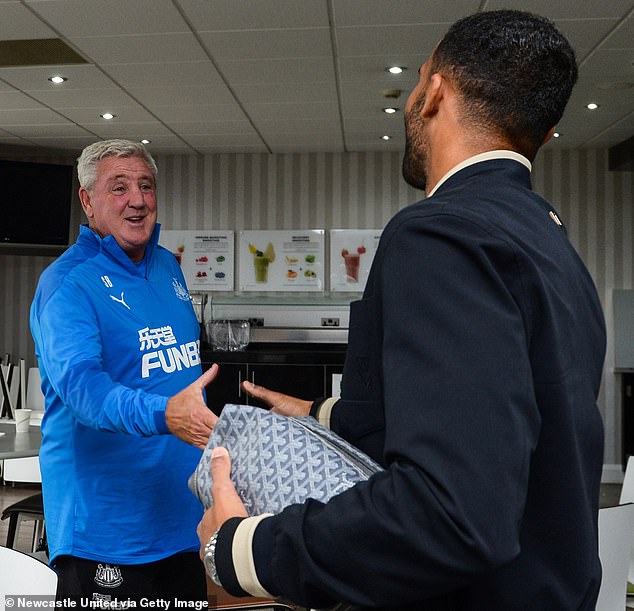 All was, momentarily, well at Newcastle this week, as Steve Bruce (left) met his new signings including Callum Wilson (right), Ryan Fraser and Jamal Lewis 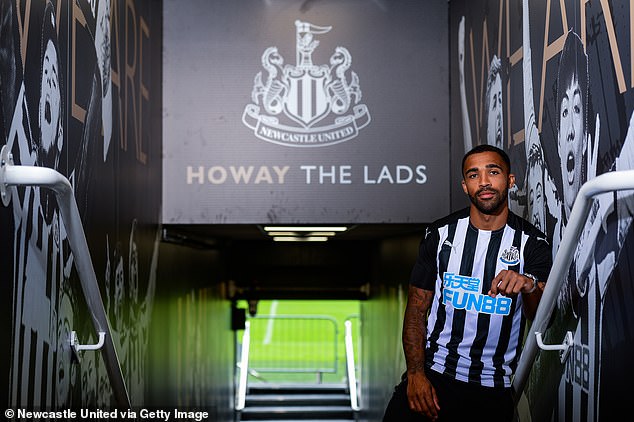 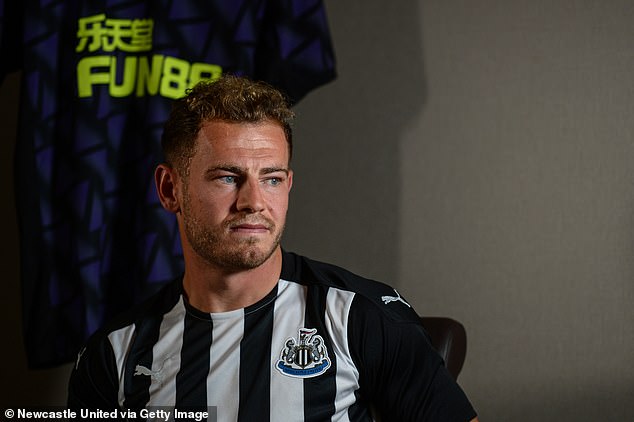 But then Ashley booked a table at the Tomahawk Steakhouse on Newcastle’s Quayside for him and the squad and, with the meat still pink, he released an incendiary statement to turn Premier League chiefs red, reigniting the row over the club’s failed Saudi-led takeover.

What was he hoping to achieve by accusing the League of not acting ‘appropriately’ during the takeover process?

Was it an attempt to revive the £300million deal? Was the threat of legal action a precursor to a claim for compensation? Or was it just Ashley sounding off at those he blames for him still owning a club he wants to sell?

Whichever it was, the fallout has distracted from what had felt like an atypical week of positivity on Tyneside, the thought of which seemed unimaginable when the takeover collapsed in late July. 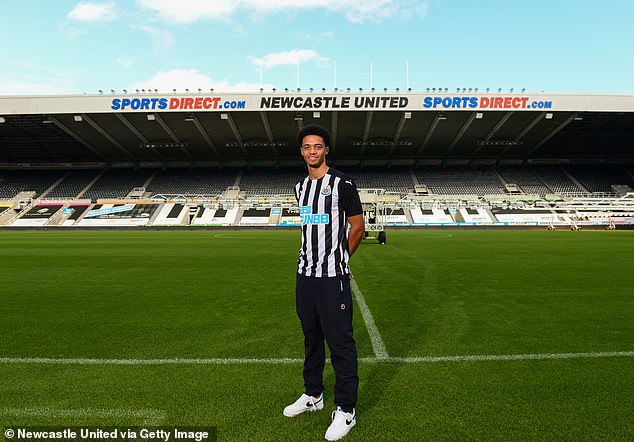 Youngster Jamal Lewis represents a new era for Newcastle, who are investing in talent again

Drained of enthusiasm for the club left behind and drained of energy from a ridiculous four-month saga played out in public, many supporters had given up.

But here we were on Wednesday afternoon, Bruce flanked by Callum Wilson, Ryan Fraser and Jamal Lewis, the air of negativity lifted and fans momentarily re-engaged with their club, excited by the side that was being put together.

That remains, of course, the players brought in allied to an already solid squad still has the look of being able to challenge further up the Premier League table than their 13th-placed finish.

But history tells us that, at Newcastle, off-the-field disruption invariably affects the rhythm of the team on it. Just look at the close to last season – amid talk of the impending buyout – when they took just two points from 18.

The point is this – when Newcastle pulled off three excellent signings earlier this week, it felt as if a line had been drawn under a turbulent summer, removing the excuse of there being a hangover from the takeover trauma. To that end, Ashley’s statement was unhelpful in the extreme. 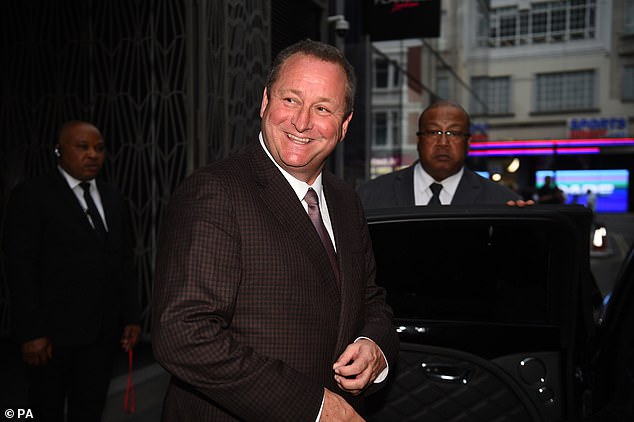 Mike Ashley took the team out for lunch this week, before making his statement in which he accused the Premier League of not acting ‘appropriately’ during the failed takeover process

The majority of supporters – as well as Bruce and his players – want to move on from Saudi speculation and Amanda Staveley, who has been on the scene since 2017.

They do not own the football club and, considering all of the evidence before us, probably never will. Bruce says the deal is ‘dead in the water’ and wants to ‘forget’ about it. Staveley’s camp say ‘this isn’t over’.

But as one club source put it: ‘Covid-19 will be gone before we hear the last of these buyers.’

The consortium had their chance during the summer yet, according to the Premier League, would not provide what was asked of them and refused the offer of independent arbitration. If anything, several releases that emerged from Riyadh during the process merely served to scupper and sabotage their hopes of completing the deal.

Even with the aid of high-level government officials lobbying on their behalf, the buyers could not satisfy the needs of the Premier League. Why? Well that is subject to claim and counter-claim. There remains a lot we do not know.

But nor do supporters need to know. What they needed was the buzz of new players and their attention redirected to matters on the pitch, where a decent side has been assembled.

And this is a big season for Bruce. He deserves credit for achieving survival with relative comfort last year, but the manner in which his side arrived at safety was, for the large part, anything but comfortable. 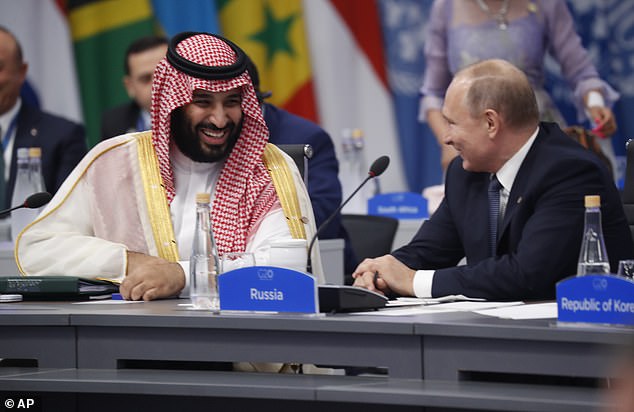 By just about every performance metric Newcastle were near the bottom of the pile and that has to improve, and it should with smart summer additions.

They won only four matches in the League after Christmas but, again to Bruce’s credit, each of those results came at crucial junctures, just as it seemed all was about to fall apart.

And that has been Bruce’s biggest success, keeping the core of the dressing-room onside, realising which characters he needed to maintain spirit and offer protection from outside noise.

The challenge now is to deliver a product on the pitch that supporters can finally enjoy. Only then will all truly feel well in the world of Newcastle United. Well, for 90 minutes anyway