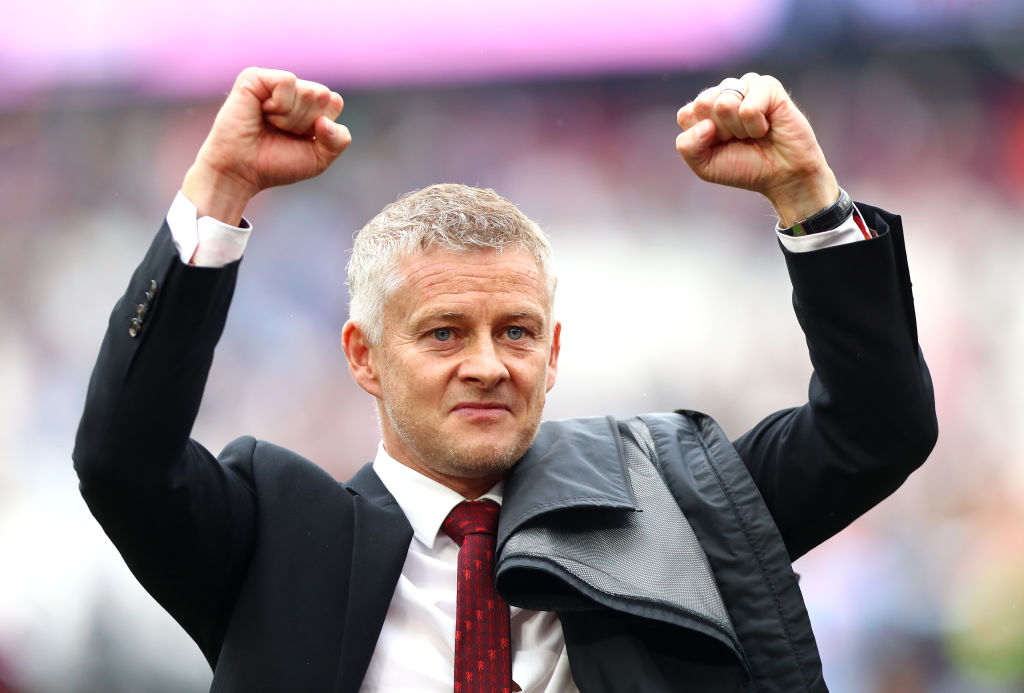 Ole Gunnar Solskjaer says there is plenty of work to do on Manchester United’s defensive shape after their narrow 2-1 win over West Ham United in the Premier League on Sunday afternoon.

The Red Devils came from behind to snatch the win, although needed a stoppage time penalty save from David de Gea to ensure they took three points home with them from east London.

Said Benrahma had given Manchester United the lead after 30 minutes when his shot deflected off Raphael Varane, with defenders slow to close down the Algerian.

The Hammers were enjoying themselves in the first half an hour, looking the more effective side and deserving the lead, although it was cancelled out just five minutes later thanks to Cristiano Ronaldo.

Solskjaer admits there were too many holes in his side, defensively, even with Fred and Scott McTominay creating a back six, at times, with the four defenders.

‘We have to work better defensively, no doubt,’ said Solskjaer after the win in London. ‘In the first half, we were too easy to play through.

‘We will work on it because there is no respite when you play football. I’ve spoken about how you can’t take rests when you defend.

‘We dropped into a back six [for the goal] and there were too many spaces. We were too late to charge the ball. We’ve already sorted that and spoke about that at half-time.’

The Red Devils are third in the table after the victory, level on points with Chelsea and Liverpool above them, so it has been a good start to the campaign unquestionably.

However, much sterner tests lie ahead than the five they have already faced: Leeds United, Southampton, Wolverhampton Wanderers, Newcastle United and West Ham.

Solskjaer is pleased, though, with the character his team is showing, with Jesse Lingard coming off the bench to score the winner on Sunday after Ronaldo had equalised so quickly in the first half.

‘It was better in the second half and a great response,’ said the Norwegian. ‘That was a big thing for me – how do you react when you go 1-0 down?

‘It was a very, very good five minutes for us.’

The two teams meet again on Wednesday, with West Ham travelling to Old Trafford for a Carabao Cup clash.