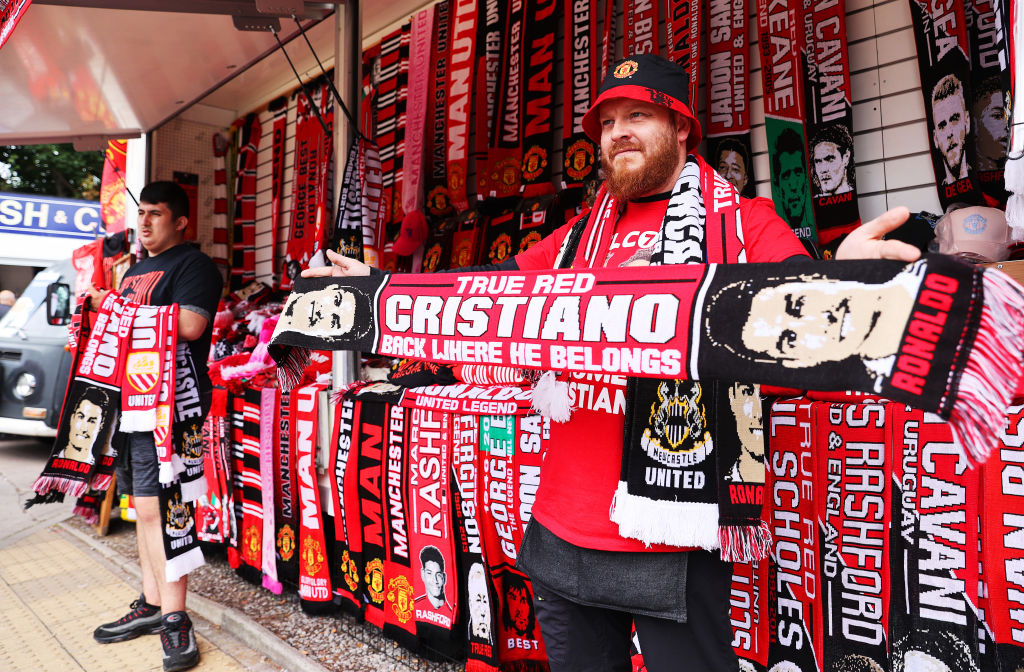 Ronaldo, widely considered one of the best players of all time, completed a sensational return to Old Trafford over the summer after leaving Juventus.

The Portugal legend, who has won the Ballon d’Or award five times, won three Premier League titles and the Champions League during his first spell at Manchester United.

Solskjaer confirmed Ronaldo would make his second debut for the club at his pre-match press conference but refused to say whether the 36-year-old would start against Newcastle or feature from the bench.

But Ronaldo was named in Solskjaer’s starting line up for Saturday’s fixture, alongside fellow summer signings Raphael Varane and Jadon Sancho.

Solskjaer said: ‘He has been good, trained well and everyone can see why he is still going.

‘He is so meticulous and professional in everything he does. Hopefully we get another 5-10% extra from him when he steps onto the pitch.

‘The atmosphere is good around the club, we have started decent with seven points and everyone is excited by Cristiano’s homecoming.’