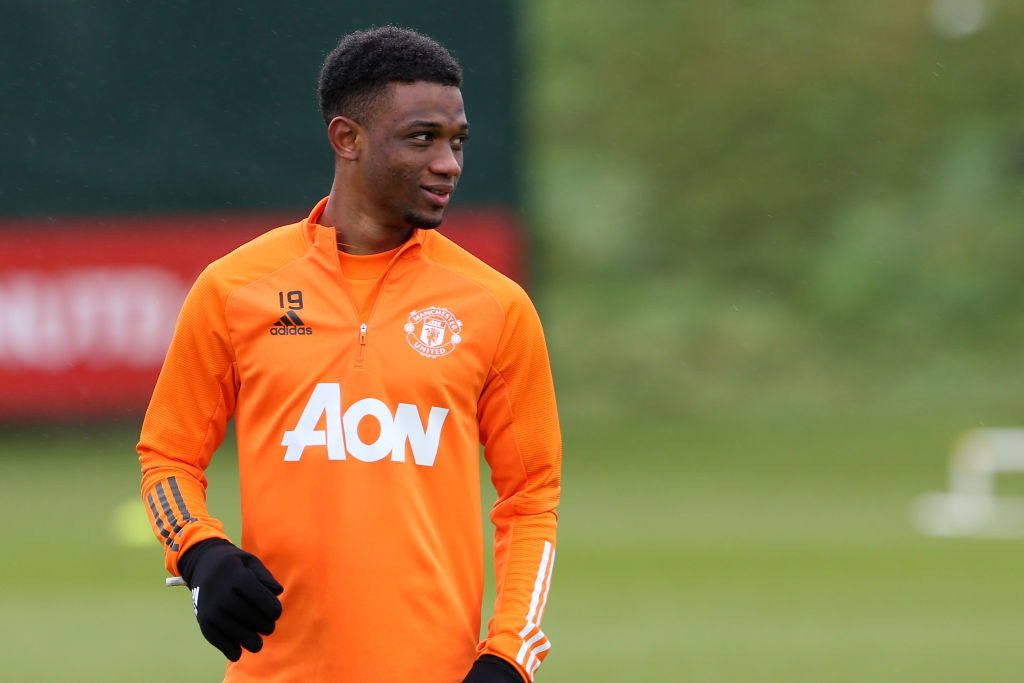 Manchester United boss Ole Gunnar Solskjaer says youngsters Shola Shoretire and Amad Diallo have been included in Thursday’s squad to face Real Sociedad to ‘make an impact if they have to’.

The pair are yet to make their first team debuts for the Red Devils but they’ve been in training with Solskjaer for the last fortnight.

Solskjaer confirmed today that Edinson Cavani and Donny van de Beek will miss the tie with injuries, while Scott McTominay and Anthony Martial are also doubts.

That’s seen Shoretire and Diallo called into the squad but Solskjaer has dismissed suggestions the pair are there to make up the numbers and says the duo could make their debuts.

‘Not just for experience, they’re there to make an impact if they have to. The two boys have done well in training and they are talents that we want to give experience to. First of all they’re travelling and then let’s see if they come on the pitch.

‘It’s one of the things we do with our youngsters. They come in and they travel, step-by-step, layer-by-layer and suddenly they’re on the pitch. That’s the thing – we do have a plan and a programme in place that we try to stick to. Obviously when there are injuries or absentees or illness then maybe they’ll get the chance before we expected, but the two of them have done well.’

Solskjaer has show courage in backing the young players at United, as shown by his decision to offload Romelu Lukaku in order to give Mason Greenwood more opportunities.

The club have a long history of producing players from the academy and Solskjaer maintains Old Trafford is the best place for young players to thrive.

‘We give them the chance to come to Man United and have a successful career. Us a club, we’ve proven over the years that’s something we take seriously and it’s something we are good at. We are a club that like to give chances to young players and develop and find a talent,’ said Solskjaer.

‘Our fans, our history has always been about attacking players, skilful players that you play with no fear. These are players that we have identified to carry that tradition. My role is to speak and put a clear pathway for them to say this is what we did.

‘We’ve shown over the years with the previous managers – Sir Alex was the best with producing the best players in the world, bringing them. Wayne Rooney and Cristiano Ronaldo were young. Of course we developed Giggs, Beckham, Neville and that group ourselves. We have still got Marcus Rashford, we have Mason coming through.

‘All these experiences help me as a manager when I want to and convince players that here is the future for you. I like to give them a chance. When you follow my career as a coach, that is one of the biggest enjoyments, seeing a player as a young man and then seeing him successful at the highest level.’