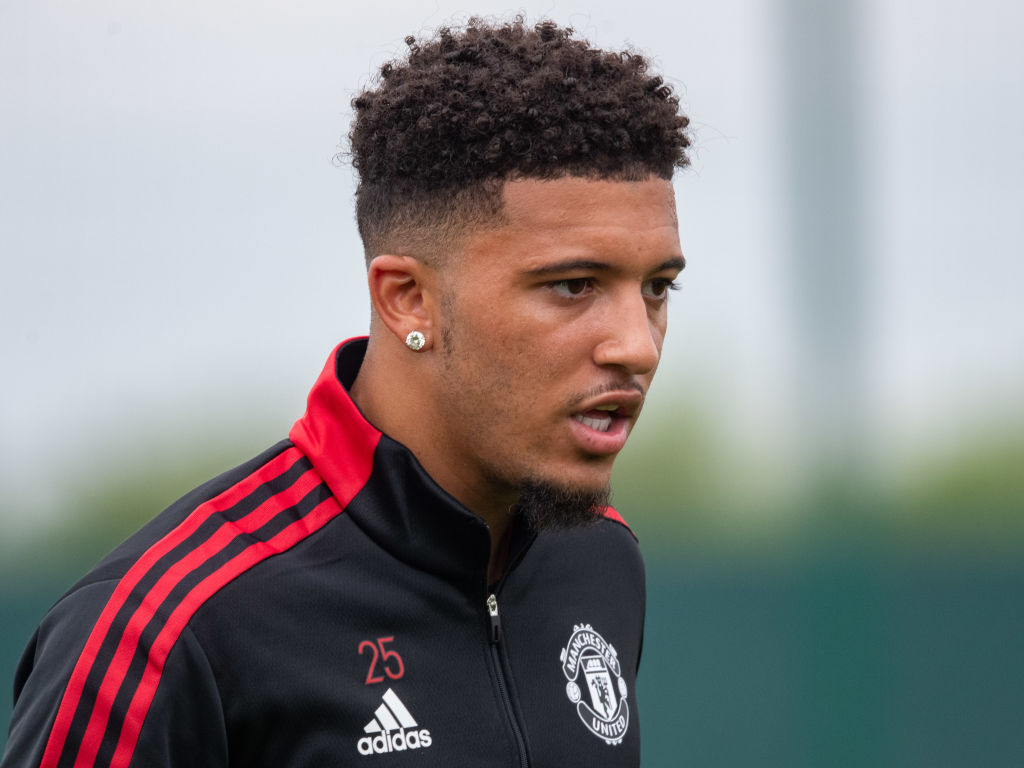 Ole Gunnar Solskjaer says Jadon Sancho has been feeling ‘a little sick’ and has only been able to complete one full training session as a Manchester United player since joining the club.

The Red Devils had been pursuing Sancho’s signature for the last 18 months and finally wrapped up an agreement with Borussia Dortmund for the England forward this summer in a deal worth around £73million.

Real Madrid and France defender Raphael Varane is expected to follow Sancho through the doors at Old Trafford imminently, with Solskjaer desperate to strengthen and mount a serious title challenge this coming season.

There had been reports Sancho could be set to make his full debut in United’s Premier League opener at home to arch-rivals Leeds this weekend but it appears supporters may have to wait a little longer to see their marquee signing in action.

Speaking to Norwegian outlet TV 2 Sporten, Solskjaer revealed that the 21-year-old had hardly trained after returning from Euro 2020 and picking up an illness.

‘He has had a holiday after the European Championships and then he has been a little sick, unfortunately.

‘He has had one-and-a-half training sessions with us, so he has not trained much.

‘It may take some time before he gets into top shape, but throughout the season he will be very important to us.

‘He is a player I am sure will give us many happy moments in the years to come.’

United were thumped 6-1 by Tottenham as they suffered a miserable run at Old Trafford at the start of last season and Solskjaer is adamant history will not repeat itself this term.

‘We lost three or four of the first home games last season, I do not remember exactly. We will not do that this year,’ the United head coach added.

‘You have to start well, gain momentum. Last year we were second, the year before we finished third, so there is progression. You have to be on top form from the first to the last match.

‘We were stable from the start of November to May, when we lost one match. If we manage to recreate it, we can help fight for things in March, April, May.’

Solskjaer won 12 trophies as a player at United under Sir Alex Ferguson but is yet to pick up his first piece of silverware since taking over the reins as permanent manager in 2019.

The Norwegian is, though, ‘pretty confident’ he can put that right after the disappointment of last season’s Europa League final.

‘We are a club that has traditionally won many trophies,’ he went on.

‘Last year we came to a final and should of course have a trophy here now, but that was not the case.

‘If we continue to get better and develop then I am pretty confident that we can sit here again to talk about the good season we have had.’