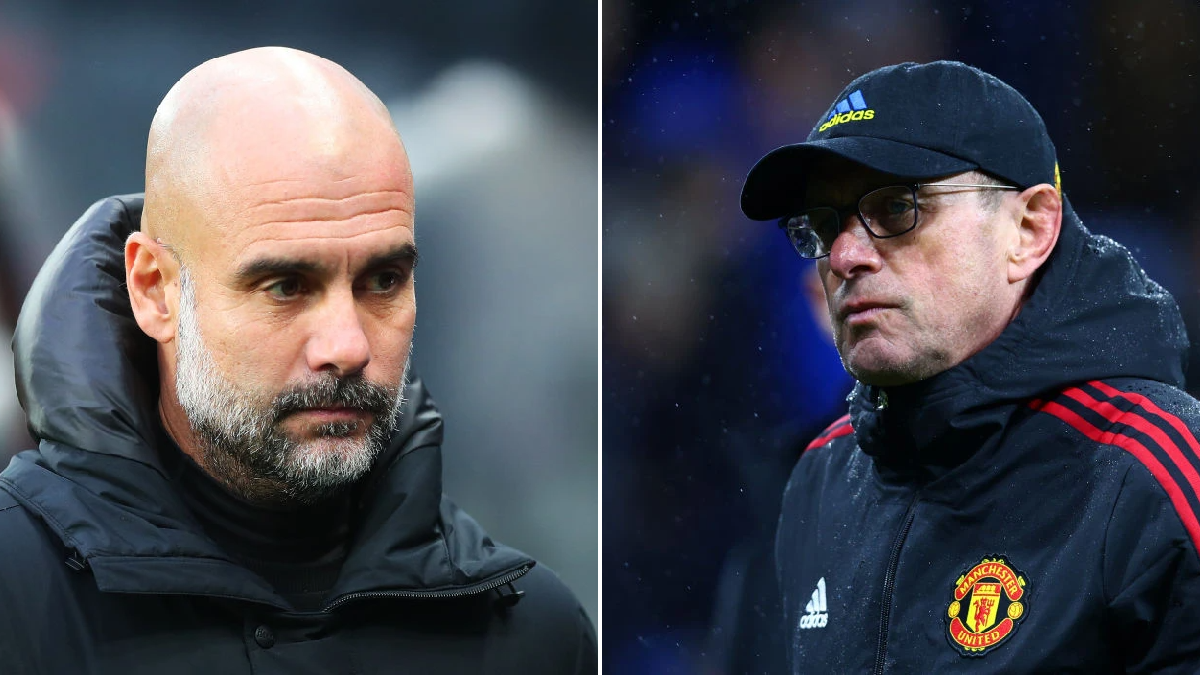 If Manchester City are to slip up in their quest to secure a fourth Premier League title in five seasons, recent history suggests this Sunday is as likely a time as any.

Considering how much better City have been than neighbours Manchester United in recent seasons their record in this particular fixture is staggeringly poor.

Ole Gunnar Solskjaer triumphed on his last three league and cup trips to the Etihad while United have won five and drawn one of their last seven visits. Pep Guardiola, however, is more concerned by the bigger picture.

‘In every single season, we were ahead of them in the Premier League,’ the City boss said of his Manchester bragging rights since he took charge in 2016.

There can be little doubt, though, United’s recent record in this fixture offers title-chasing Liverpool some genuine hope their bitter rivals can help them out.

City’s record at Old Trafford is much better and they were worth far more than the 2-0 winning margin Eric Bailly’s own goal and Bernardo Silva gave them in what turned out to be Solskjaer’s penultimate game as United boss in early November.

Who knows quite what to expect from Ralf Rangnick’s team on Sunday, having failed to show any clear identity during the 17 games he has been in charge.

This, remarkably, will be his first challenge against another member of the Big Six, which helps to explain why his record of seven wins, five draws and one defeat in the Premier League since becoming interim boss feels surprisingly good given their performances.

After Cristiano Ronaldo hit the post to leave him with one goal from his last ten games in last weekend’s 0-0 draw with Watford, Rangnick said: ‘We did everything but score.’

But they face a City side not quite firing on all cylinders right now, stunned 3-2 at home by Tottenham, benefitting from a bewildering refereeing non-penalty award to hold on for victory against Everton and even subdued by Peterborough for an hour before winning 2-0 in the FA Cup in midweek.