Home » Soccer » Souness: I loved Vialli – even if I pushed him into a lake!

GRAEME SOUNESS: I loved Gianluca Vialli – even if I did push him into a lake! If you met him for just 15 minutes, you would remember him for the rest of your life

Sportsmail columnist Graeme Souness played with Gianluca Vialli for two years at Sampdoria between 1984 and 1986.

He gave an interview to Sky Sports on Friday, during which he broke down when remembering his friend.

Vialli passed away on Friday afternoon at the age of 58 after a battle with aggressive pancreatic cancer. 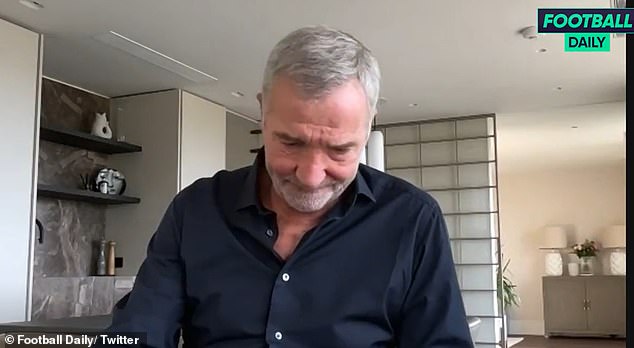 I had only seen the news 10 minutes before and I got a call to do the interview. I did not find it easy. I said this on air, but if I had to name 10 people who had his qualities, I would struggle to do so. He made such an impression on me.

And don’t forget, I was 31 when I met him, he was 20 years old. He was a unique individual. Trevor Francis and I used to take him and Roberto Mancini out for a beer, and after three bottles they were rocking and rolling.

They were young boys, very different individuals. Mancini was very excitable. Vialli was in control of his emotions. There was everything to love about Luca.

I had not seen him much in recent years. He kept himself to himself with the fight he had on. But he will be in my thoughts for a long, long time yet.

During his interview on Sky, Souness said: ‘I can’t tell you how good a guy he was. Forget football, he was just a gorgeous soul. He was fabulous to be around. He was such a fun-loving guy, full of mischief, a wonderful footballer and a warm human being. 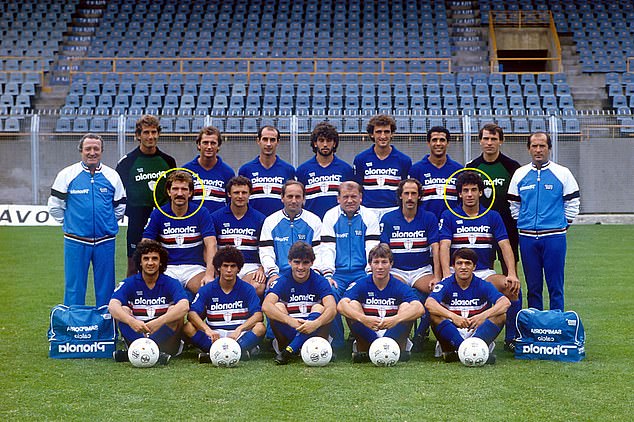 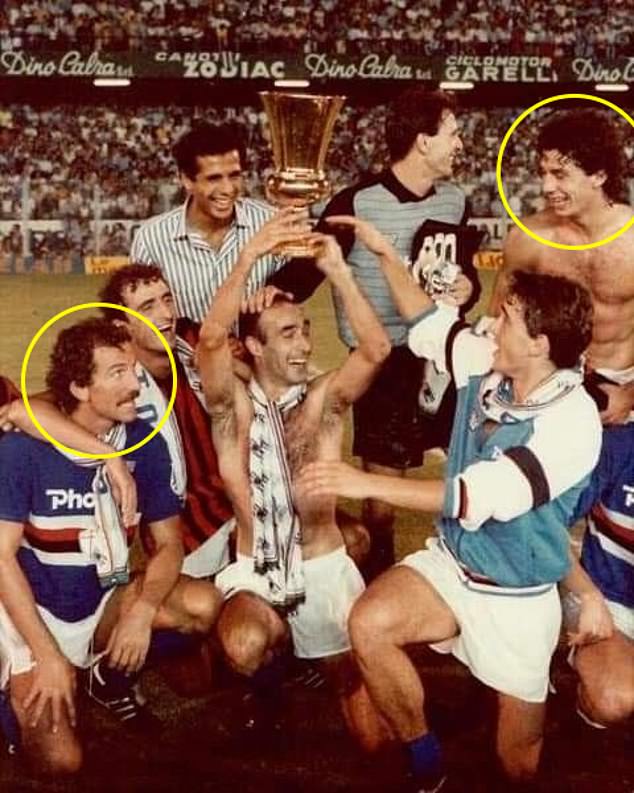 The duo won the Coppa Italia in 1985, with both players scoring across the two-legged final

‘People will say things about his magnificent football ability, and correctly so, but above all that, what a human being. The kids were blessed to have a dad like that and his wife was blessed to be married to a man like that.

‘At Sampdoria, my nickname was Charlie. I christened him Handsome. He would stand in front of this full-length mirror in front of all the guys, not a thing on, and would say, “Charlie, do you think I’m handsome?” as he was brushing his hair back.

‘He would do that on a regular basis. A lot of the boys did not speak much English and would just shake their heads and laugh. 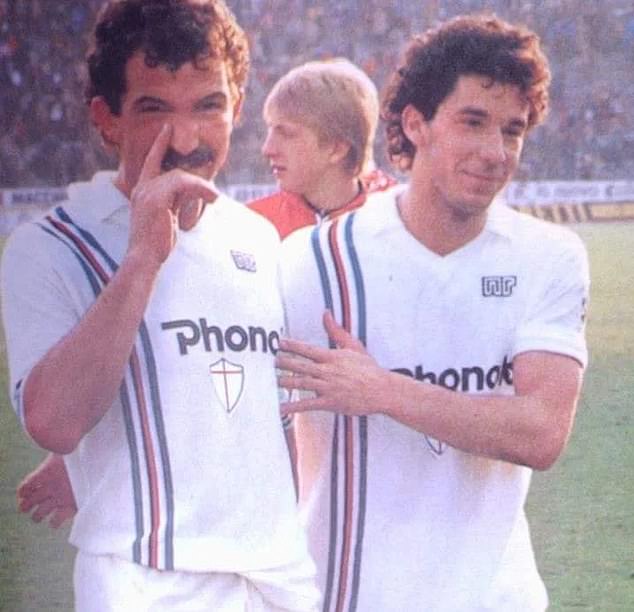 We were playing in Milan once in the winter. Myself and Trevor Francis went out for a walk and looked across this lake and Luca was bending down, with his tie off, trying to lasso a swan with some bread in his hand.

We went over and I ended up pushing him into the lake. This was three hours before the game and he had to swim to get out. I paid the price for that. I’d come in from training and the legs would be cut off my trousers.

One of my shoes would go missing and I’d find it in a bin covered in food. He would put shaving foam in my shoes and it would come pouring out when I put my foot in.

There are very few people I can think of who have impacted my life like he has. Not that he did anything for me in particular, it was just witnessing him round other people and the impact he had on them.

If you crossed his path once, or were in his company for just 15 minutes, you would remember him for the rest of your life. He was a really special person.