Graeme Souness says Newcastle’s victory over West Ham will be ‘enough’ for them to avoid relegation this season.

Joe Willock scored an 82nd minute winner against the Hammers to move onto 35 points – nine clear of 18th placed Fulham, with six games to play.

Steve Bruce’s side made it hard for themselves as West Ham fought back from 2-0 down with ten men, but Sky Sports pundit Souness said Newcastle’s winner was a ‘kick in the teeth’ for their rivals. 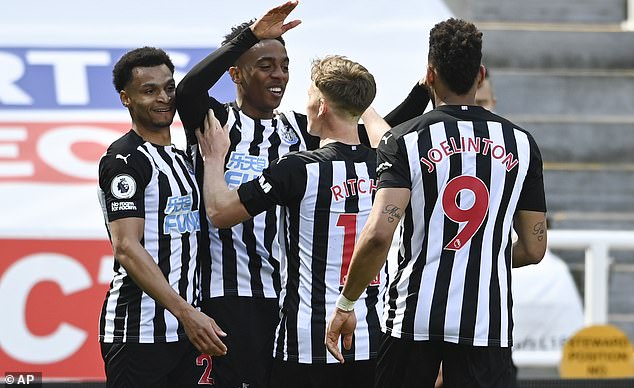 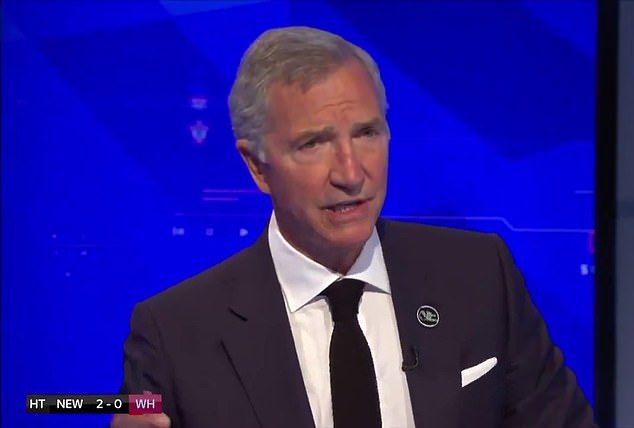 He said after the game: ‘It’s enormous. I think that will be enough (points) for them.

‘West Brom, who have a bit of momentum, will look on this result as a kick in the teeth – Fulham, also. They’ll be ok now.

‘They did it in a fashion which won’t make Steve Bruce too happy: they were in the driving seat and completely lost the plot when the other team were down to 10 men, but they got there with a couple of large slices of luck.

‘They will look back on this season and think “in other games, Lady Luck has not been with us. In other games we got it and we’ll take it.”’

Newcastle had taken a 2-0 lead into half time thanks to an Issa Diop own goal and a second by Joelinton.

The Hammers who went down to ten men in the first half when Craig Dawson was sent off, showed tenacity to fight back with goals by Diop and in-form Jesse Lingard. 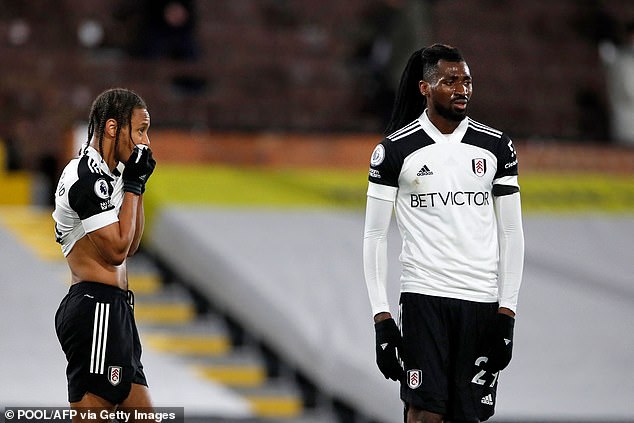 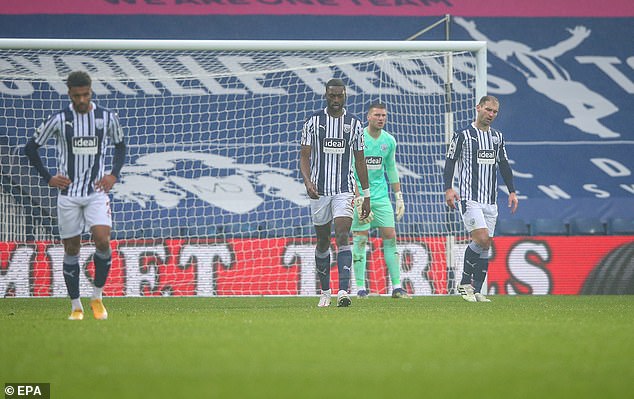 Willock’s goal though was huge for Newcastle and a blow to both West Brom and Fulham who are running out of time to salvage their seasons and avoid the drop back down to the Championship.

The Baggies have found form winning their last two games and are nine points behind 17th placed Burnley. Newcastle’s victory puts them 11 points clear of the Sam Allardyce’s side who do have a game in hand over them.

Fulham meanwhile are on a run of four straight defeats and are seven points off Brighton and Burnley having played a game more – with six games left to avoid dropping straight back down to the Championship.