It was a competitive international debut that may never have happened but Ghayas Zahid seized his chance at making history, etching his name into Norwegian folklore in the process.

Norwegian authorities had banned the national team from travelling to their penultimate Nations League game in Romania last month, ordering the entire squad and staff to quarantine for 10 days after defender Omar Elabdellaoui returned a positive Covid-19 test.

To avoid forfeiting their final match in Austria three days later, Norwegian football authorities handed the reins to U21 boss Leif Gunnar Smerud – he scrambled together 18 players from across Europe, who dashed to Oslo for Covid-19 testing before flying to Vienna for the game. 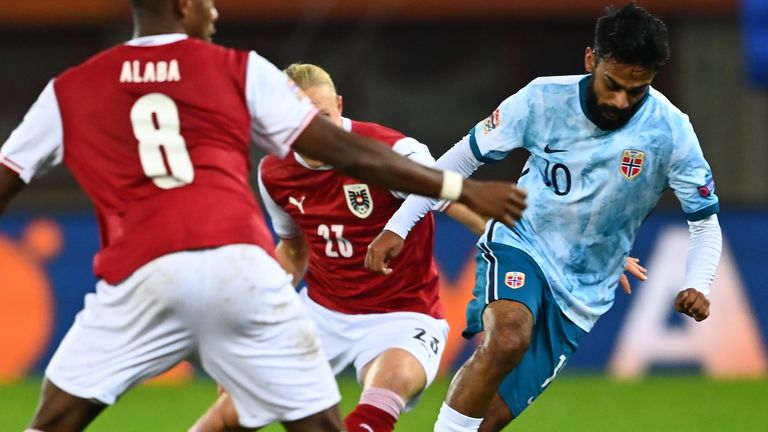 APOEL Nicosia midfielder Zahid was among those who answered his country’s emergency call, before taking to the pitch and becoming an even bigger hero as he gave Norway’s unlikely lads a second-half lead in Vienna.

“The reaction [from the Norwegian public] was amazing even before we played the game,” Zahid told Sky Sports News.

“You could see the interest was unbelievable. And then when you play the game and you see the reaction after and you find out that in the Nations League this year this was the game with the most viewers so you can see the interest in this game.

“After the game I think everybody had a lot of interest from the media and you could really see that people really appreciated the effort we put in.”

Zahid: It was special

Adrian Grbic equalised deep into injury-time to deny Norway the most unlikely of victories, but Norway’s players had already cemented their hero status – none more so than Zahid, who became the first player of South Asian origin to score for his country.

“I’ve known for a long time [that no South Asian had netted for Norway at senior international level],” said Ghayas, whose only previous international appearance was as a 90th-minute substitute in a 2018 friendly against Panama. 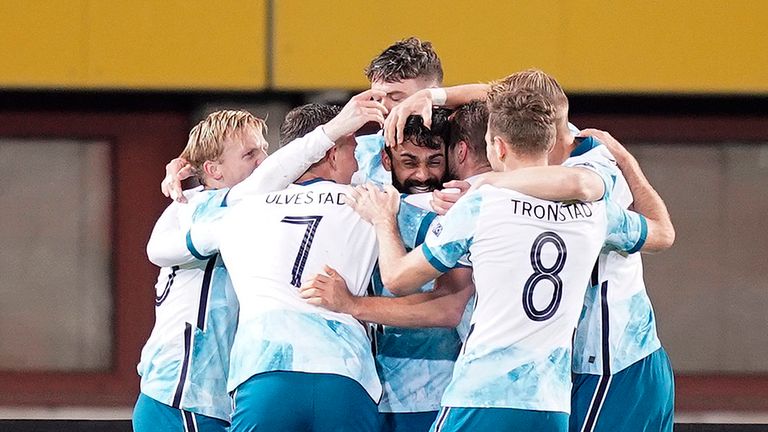 “Since we were kids, we knew there have not been a lot of players from my origin, from Pakistan, who have come through in Norway, and played at the highest level in Norway. There are some of us, we are not many – so you know that, you have that in your head. 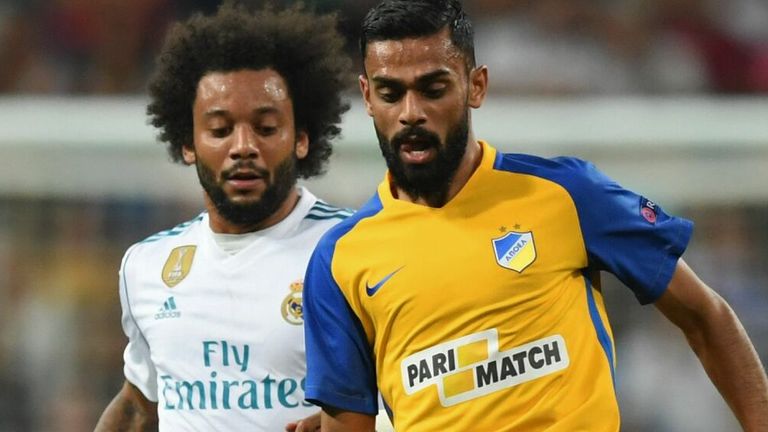 “Also when I got my move out of Norway, I also started to understand that I have possibilities to do some things that very few people from my origin have done, like when I played in the Champions League or on the national team now.

“I knew when I was going into those games that there are not a lot of people from my origin that have done that before and. That makes it [the goal] a little bit special.”

Sky Sports is championing greater visibility of South Asians in the game, and Zahid – who is the first player of Pakistani heritage ever to play in the Champions League – is keen to see more players from South Asian backgrounds make the breakthrough at the top level.

“I would really love that there would be more players from my origin that come through,” he said.

“It’s a little bit similar in Norway. I played with a lot of people from my origin, for example, who haven’t made it to the top level in Norway and have the talent, but maybe can’t get there.

There are one or two [top-class South Asian heritage footballers] in Norway, and I hope in the future even more will come through.”

MICK MCCARTHY: Jack Charlton's management was based on honesty

League One highlights and round-up: Lincoln climb to second