Before this, only one team had lost more Premier League games in 2021 than Burnley (17). Yep, you guessed it – Southampton out in front on 18. Perhaps it should come as no surprise, then, the lengths to which both these sides went to throw away a game they each had within their grasp.  The only shock? Neither did quite enough to succeed.

And so at the end of 90 bonkers minutes, spoils were shared and both benches were left rue what might have been.

Ralph Hasenhuttl will point to the countless chances his side spurned but also the mettle Southampton showed to come from behind and lead through Tino Livramento and Armando Broja. 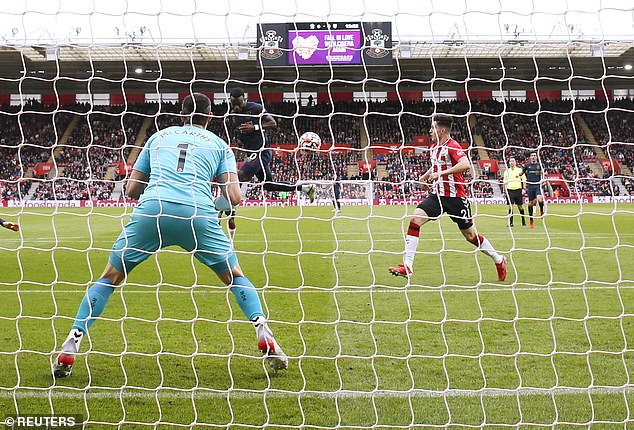 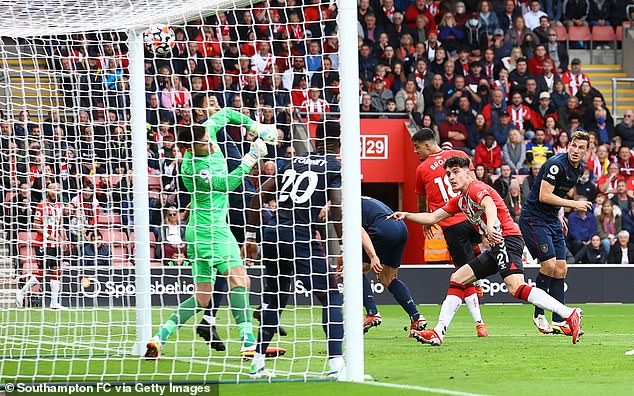 Sean Dyche will lament the way Burnley crumbled after making an early breakthrough – and their failure to press home a shift in momentum afforded by Maxwel Cornet’s brilliant equaliser.

Alas, it is now 12 games without a win for Burnley – their joint worst run in Premier League history.

Southampton have only managed one in 11 but frustrations will linger after they shipped as many goals here as in the rest of this season’s home matches combined.

Particularly given Cornet’s opener, his second of three goals in four league appearances, was the first sign of life – or any real quality – at St Mary’s.

Sure both the build-up and finish were laced with quality but Saints offered little by way of resistance as Matt Lowton was allowed to swing a lovely cross towards the back post, where Cornet nipped in front of Livramento to glance a header in off the post.

That provided the visitors a foothold to frustrate and the first cries about wasted time rained down from the stands soon after.

Credit Hasenhuttl’s players, though, they awoke from their slumber, and ignored any histrionics to lay siege on the Burnley goal.

Broja took a glaring chance off the foot of Mohamed Elyounoussi, who later saw a header clip the outside of Nick Pope’s post.

Burnley still carried a threat themselves – neat interplay between Chris Wood, Cornet and Dwight McNeil ended with Wood forcing a smart save from Alex McCarthy.

As half time approached, however Dyche’s side began to teeter. Eventually they toppled – quite how it took until the 41st minute, however, confounded everyone. Not least Hasenhuttl, who appeared on the brink of combustion as, in the space of two minutes, Theo Walcott poked wide from 15 yards, Redmond missed the target from no more than three and Livramento’s curling effort came back off Pope’s post. 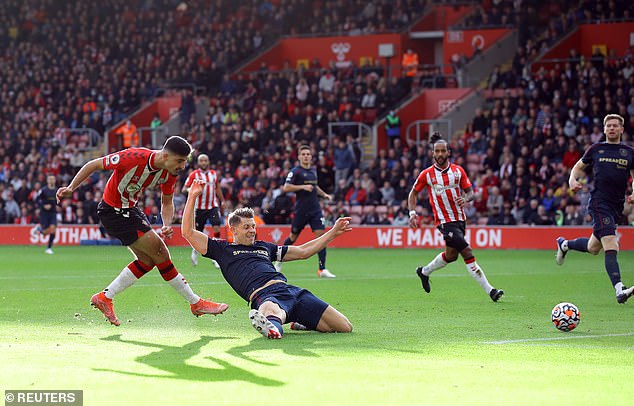 The 18-year-old had the freedom of the Saints right and was the home side’s most fruitful outlet throughout. It was rather in keeping with the flurry of madness, then, that his most decisive contribution came from within the packed confines of the penalty box. Four minutes before the break, Livramento met Redmond’s corner.

His header bounced up into the roof of Pope’s net and disbelief belatedly gave way to relief around St Mary’s.

The noise turned up another notch shortly after the break when Burnley gifted Saints a second – James Tarkowski’s woeful pass out from defence was cut out by Ibrahima Diallo, who laid a pass through for Broja to finish across Pope. All rather simple. Unfortunately Southampton have forgotten the route to easy street.

Cornet had drifted into the game’s periphery until Ashley Westwood lifted a hopeful ball towards the Southampton penalty area. Out of nowhere, Cornet muscled in front of Jan Bednarek and struck the bouncing ball first time beyond McCarthy.

From there, Burnley could – and probably have should – have snatched all three points. McNeil sent a fierce effort over the bar; Westwood fired just past the post. All the while frustration bubbled around St Mary’s once more. 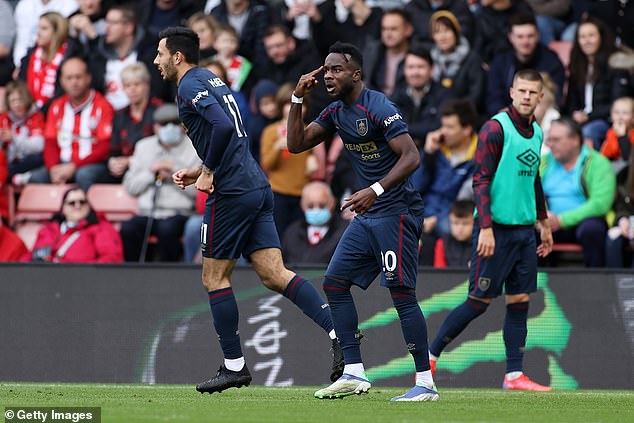