The irony won’t have been lost on Southampton Women’s players as they settled in for another shutdown session.

They, like every team, have needed to find inventive ways to maintain solidarity at a social distance in recent months. And one method felt particularly apt.

‘We did escape rooms over Zoom,’ said manager Marieanne Spacey-Cale. 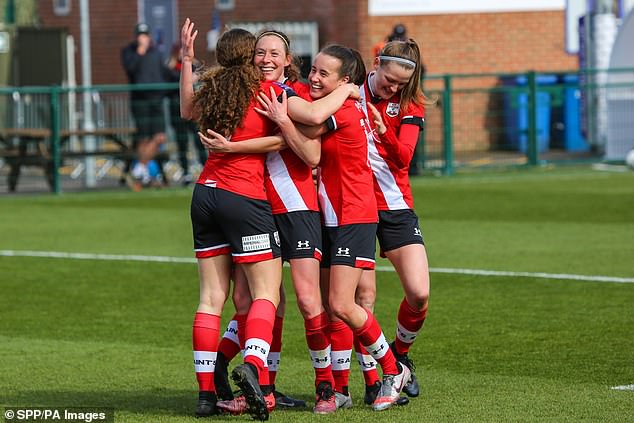 Southampton Women’s team have been frustrated by Covid-19, which has stalled their progess

Not a concept that should need much explaining to her squad. Not when they have faced their own lock-in for the past two seasons. The only difference? Their players have made all the right moves and still the doors won’t open.

Nearly three years have passed since Southampton and Manchester United — both newly re-founded — applied to join the Championship.

United’s bid was accepted, Spacey-Cale’s side were forced to start in the fifth tier.

Thirty-one league games later, their record stands at: 30 wins, one draw, no losses. Their last defeat of any kind came in February 2020. 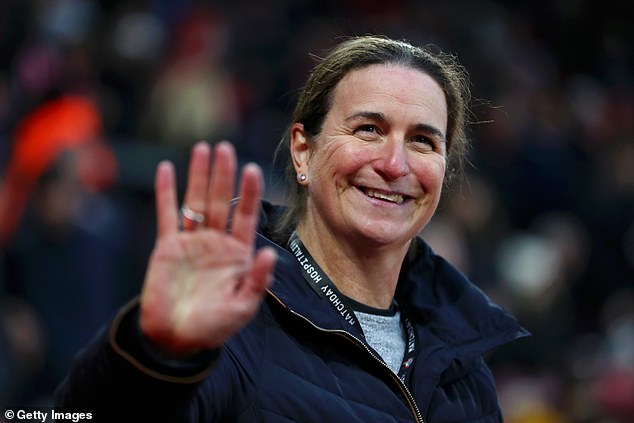 Southampton’s maiden season brought promotion but in each of the last two they have sat atop the National League Division One South West when Covid-19 curtailed the campaign. And so they remain stuck in tier four.

This season, at least, the FA Cup offers a route back on to the pitch and on Sunday Southampton moved into round four with a 3-0 win over third-tier Yeovil United.

There are hopes that an escape route out of the National League could present itself this summer, too.

Southampton are among the teams who have applied for promotion after the FA announced plans for ‘upward club movement’.

‘We’re very focused on where we want to get to but we understand we’ve got to be patient,’ says Spacey-Cale, who won 91 caps for England and has led Southampton since their reformation. 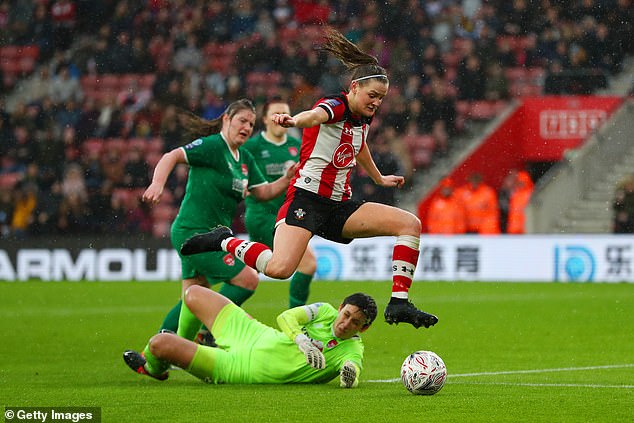 ‘It feels like a couple of years have been lost. But in a strange way, they’ve been lost on the pitch, but they’ve been gained off it. We’re probably more prepared for what comes next.’

Without the chance to train or play, attention turned elsewhere.

‘Everything we’re striving to do is to meet our ambition and vision of being in the top two tiers of football — develop players, develop the club. It’s been a great opportunity to really get the infrastructure and integration right,’ adds Spacey-Cale.

‘To move forward on the pitch, you’ve got to have everything in place off it as well. Now, whatever the league looks like in 2021-22, we’ll be ready.’ Southampton continue to build their regional talent club for girls aged 10 to 16.

Last year they became one of only four clubs with ‘Tier 1 plus’ status. Now players are filtering into the first team. 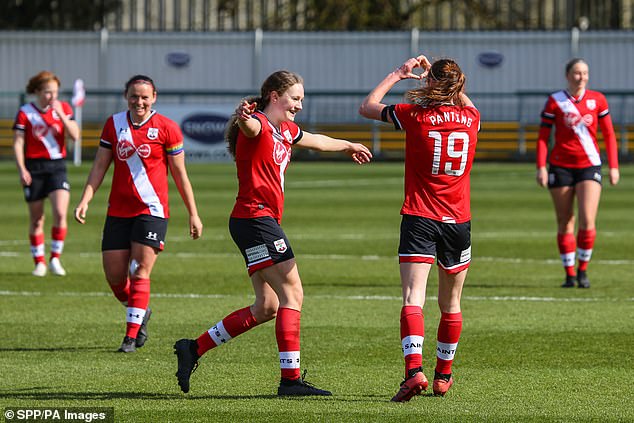 Sports scientist Laura Bowen, meanwhile, is now one of eight full-time staff members after she moved across from Ralph Hasenhuttl’s team. Spacey-Cale also used lockdown to furnish her own version of the Southampton Playbook.

None of this comes cheap and in January Southampton reported losses of £76.1 million.

The club has invested heavily in their women’s set-up and, without promotion, they have been hit harder than most. Yeovil prove that not even a ticket to the WSL offers immunity from financial strife — they needed FA funds to finish the 2018-19 top-flight season. 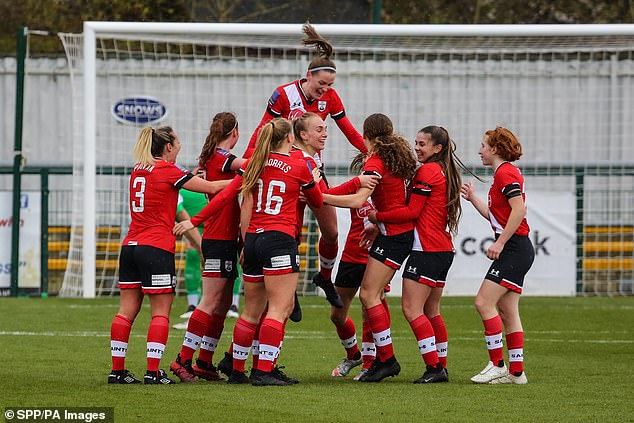 Saints will hope the roots they have planted will sustain their push, especially now the pot of gold shines brighter than ever.

This week marks 10 years of the WSL, which recently signed a groundbreaking £24m deal with Sky Sports and the BBC.

For Southampton, next week’s fourth-round clash with second-tier Lewes will be another useful yardstick.

‘We’ll trust the process,’ says Spacey-Cale. ‘And try to be, in 10 years’ time, a leading light in the women’s game.’