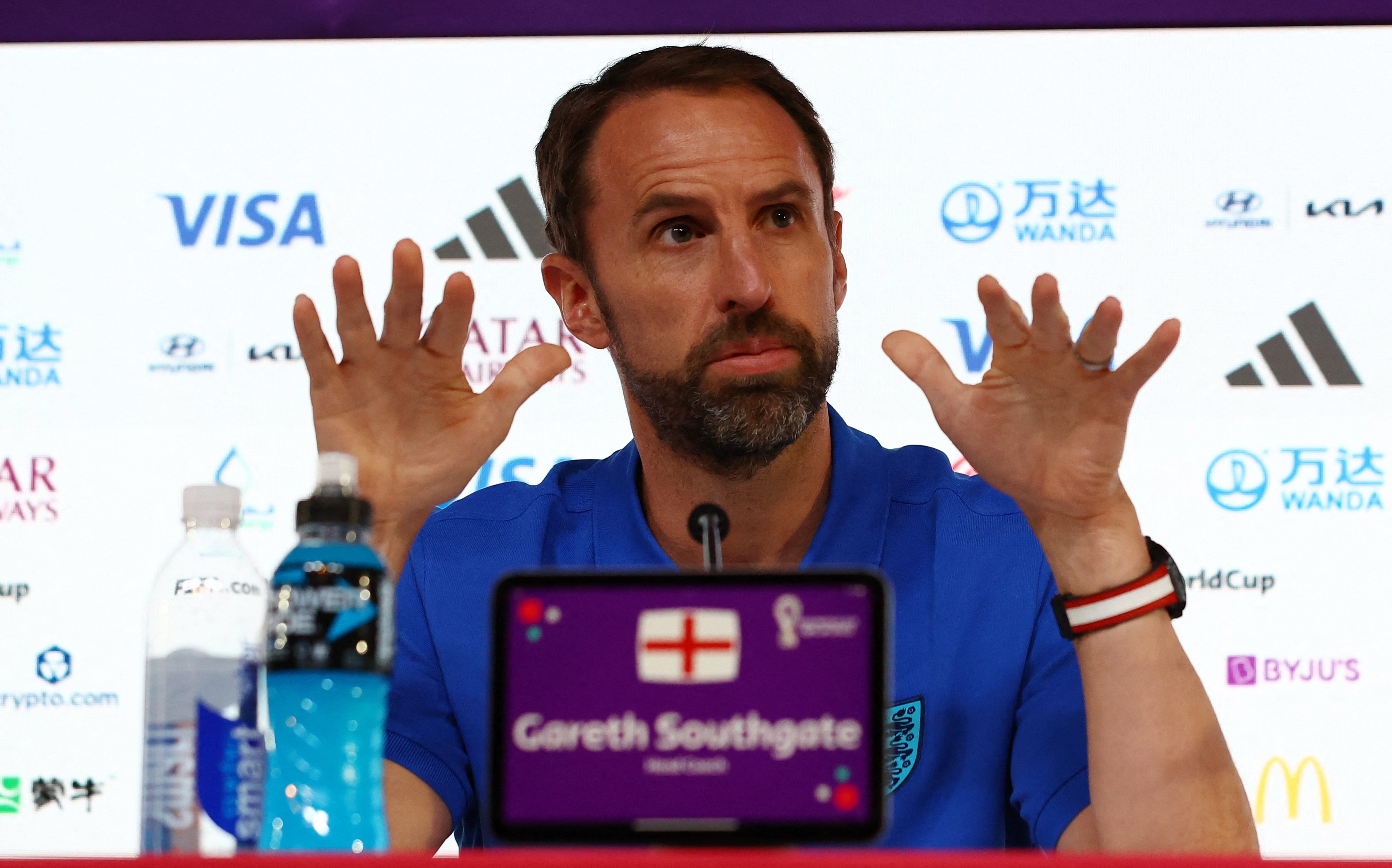 Gareth Southgate admits England have to accept criticism over the decision not to wear the rainbow armband at the World Cup, insisting they must be able to ‘focus on the games’.

England play the United States tonight in their second match in Qatar with the Football Association having dropped the OneLove gesture on the morning of Monday’s opener against Iran amid the threat of ‘sporting sanctions’ from Fifa.

Skipper Harry Kane had planned to wear the armband to promote diversity and the team’s support for migrant workers and human rights issues.

In response to Fifa’s insistence otherwise, Germany made a ‘silence’ gesture ahead of Wednesday’s game with Japan, while Denmark reportedly are looking into legal action against world football’s governing body and could even quit Fifa.

Australia released a video condemning the hosts’ human-rights record on the eve of the tournament but Three Lions boss Southgate does not feel his men should feel any ‘pressure’ to ‘escalate’ the issue.

He said: ‘Do we try to produce a better video than Australia, a better gesture than Germany?

‘If we’re rushing to be seen to be doing something, we could make an error. The players and myself have focus on the games. The FA are taking it seriously and we’re not ducking any questions.

‘We’re hugely supportive of our LGBT fanbase and I know some of them feel a little disappointed in terms of the armband not being worn and we will be criticised for that, but sometimes we have to accept the criticism.’

Southgate insisted his main priority was preparing England to face the USA today in Group B. ‘In my opinion the coach of the team should coach the team,’ he added.

‘We’re all spending so much time talking about non-football matters it’s hard to have the bandwidth to deal with preparing the team. Doing that at any time is difficult – doing that at a major tournament is even more complicated.’

The England manager confirmed Kane was available for selection despite having a scan on his ankle after a heavy challenge against Iran.

‘Harry’s good,’ he said. ‘He came through training, no problems, so it would be a brave decision to leave him out.’ Southgate also warned against overhyping England given they have never beaten tonight’s opponents at a World Cup.

‘Have we ever beaten the States at a major tournament? No, I didn’t think so, so we want to try and make history,’ he said. ‘We’re good at that, good at talking very highly of ourselves as a nation with very little evidence.

‘What we’ve got to do is perform on the field.’

United States boss Gregg Berhalter has heaped praised on Gareth Southgate, despite being ignored by his rival ahead of tonight’s match.

‘His record at major tournaments has been outstanding,’ said Berhalter. ‘He’s done a great job with his team. They got off to a great start and they’re a formidable opponent.’

The coaches built a relationship when Berhalter asked Southgate for advice on taking the US post. They have stayed in touch, although the England manager has been harder to reach since April’s World Cup draw pitted their sides together.

‘I’ve been WhatsApp-ing him but I haven’t seen the blue checkmark, so I don’t know what’s going on,’ Berhalter laughed.

‘We kind of took a hiatus. We’ll pick up our relationship after tomorrow.’

Southgate was later asked if it’s possible to have a genuine friendship a rival and replied ‘No!’.