The LaLiga side earned a 3-2 win over the Italians in a thrilling final in Cologne on Friday, with Romelu Lukaku netting at either end as Sevilla proved once again that they are the competition’s kings.

And Spanish newspapers have hailed the efforts of Sevilla and Lopetegui, who lifted his first piece of major silverware as a coach following the triumph in Germany. 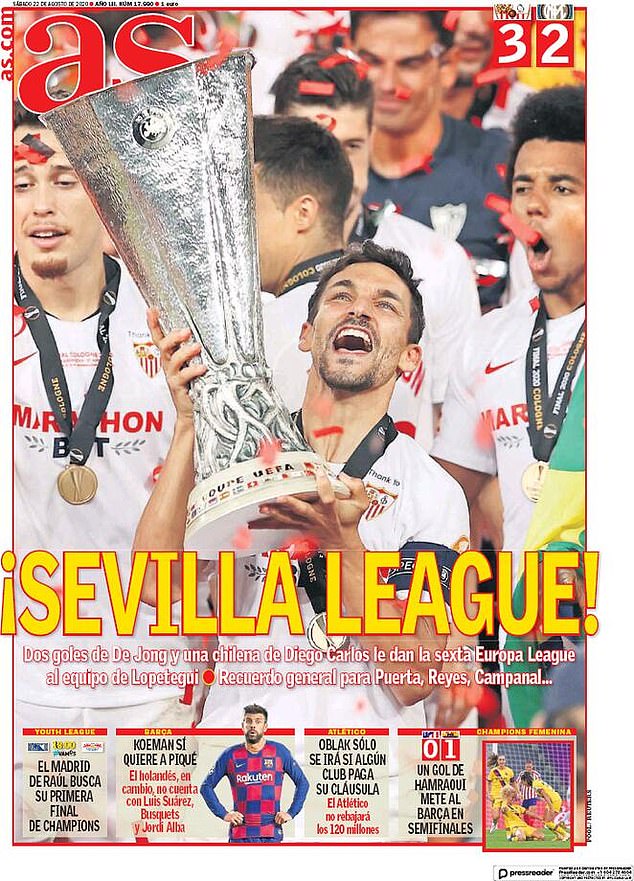 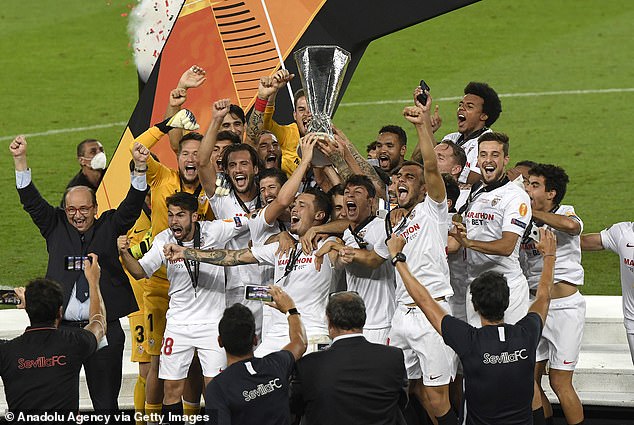 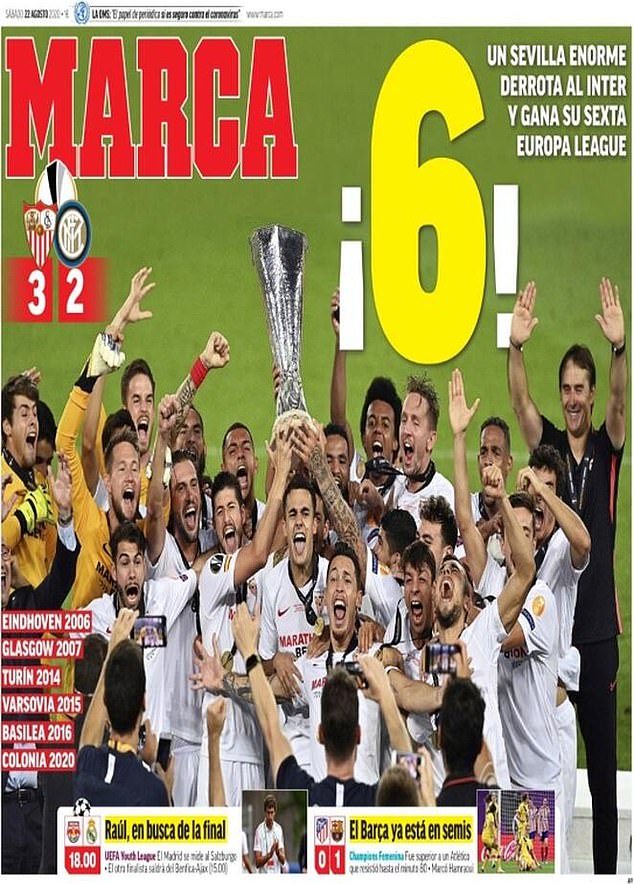 AS splashed the headline: ‘Sevilla League’ across their front page on Saturday morning, a nod to the club’s dominance in the European competition that they have now won six times.

Meanwhile, the mood in Italy was far more subdued on Saturday morning, with the future of Inter boss Conte the main talking point for the Italian press following the Europa League heartache. 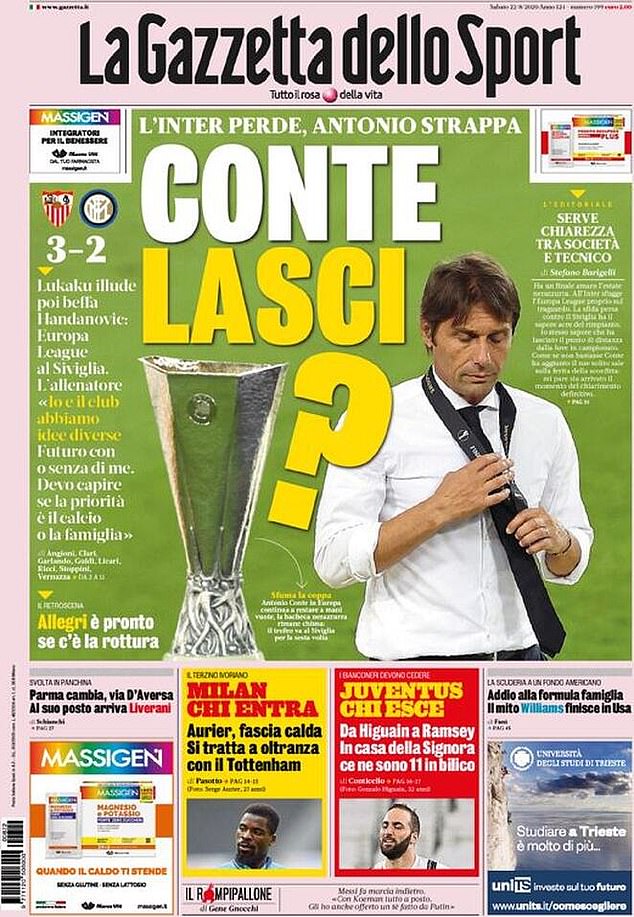 Meanwhile, the Italian papers focused on the future of Antonio Conte following the defeat 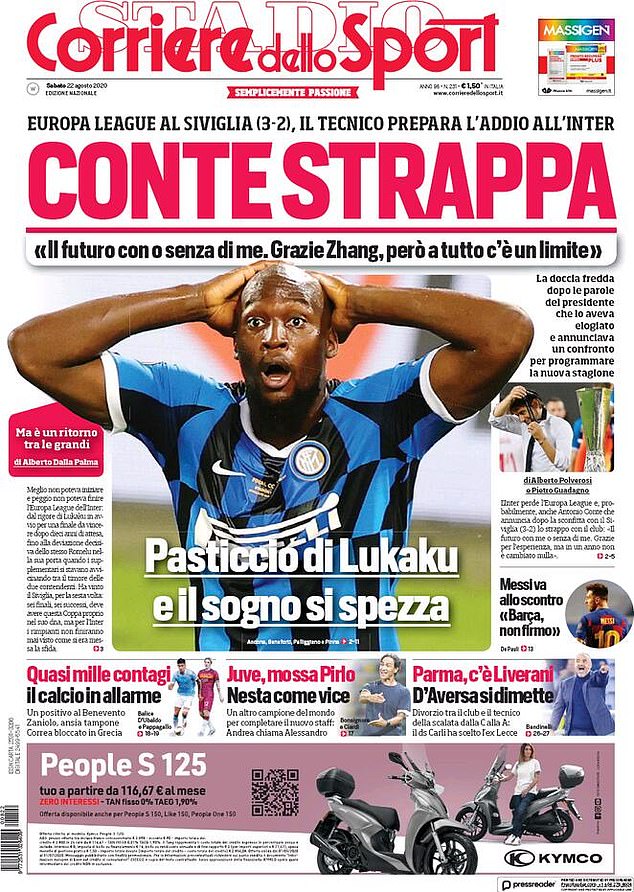 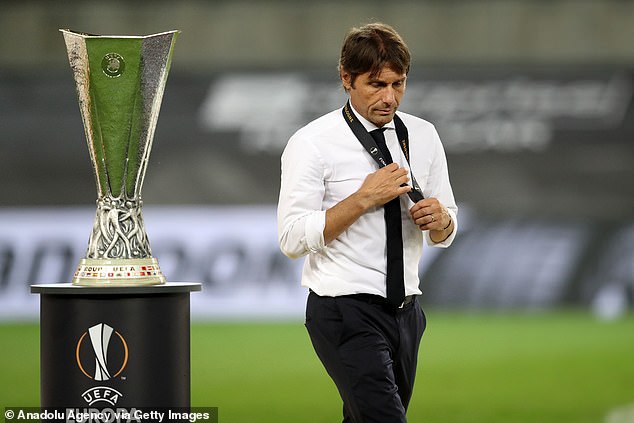 ‘Conte, are you leaving? Inter lose, Antonio splits’ was the headline on the front of Gazetta dello Sport, with an image of the former Chelsea and Juventus boss looking dejected as he received his runners-up medal.

The newspaper also splashed a quote from Conte about his future, and says that Massimiliano Allegri is ‘ready’ to take over at the club.

Corriere dello Sport went for a similar line with regards to Conte’s Inter future, with the headline: ‘Conte splits’, while Tuttosport wrote: ‘No, not like this!’ on their front page.

Conte was in a cryptic mood following the game in Cologne, and told reporters his future is up in the air.

‘It’s only right that we analyse the entire season, look at everything in a very calm way, and try to plan the future of Inter, whether it’s with or without me,’ he said.