Spezia 2-0 AC Milan: Dismal Rossoneri put in limp display away at Serie A minnows to seriously dampen their title hopes… and city rivals Inter can go top of the table on Sunday

Stefano Pioli’s side were dismal in their first ever visit to the Stadio Alberto Picco and found themselves 2-0 down mid-way through the second-half after goals from Giulio Maggiore and Simone Bastoni.

The result was Milan’s third defeat in their last seven league matches and Antonio Conte’s Inter can move top of the table with victory over Lazio at the San Siro on Sunday evening. 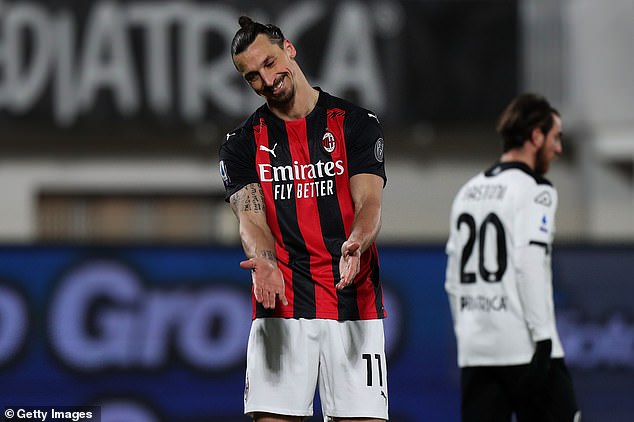 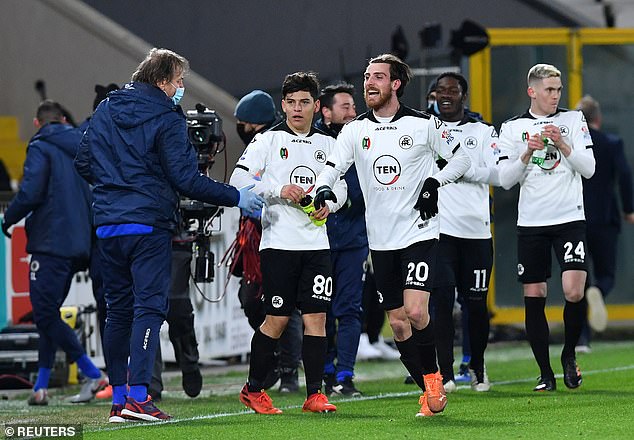 Milan were poor in the first-half and failed to register a shot on target, with newly-promoted Spezia enjoying the best chances at the opening period.

And the home side, who began the day in 16th place in Italy’s top-flight, got the opener their brave play deserved in the second-half after Maggiore tapped in an empty net after Donnarumma came out to stop Matteo Ricci’s effort. 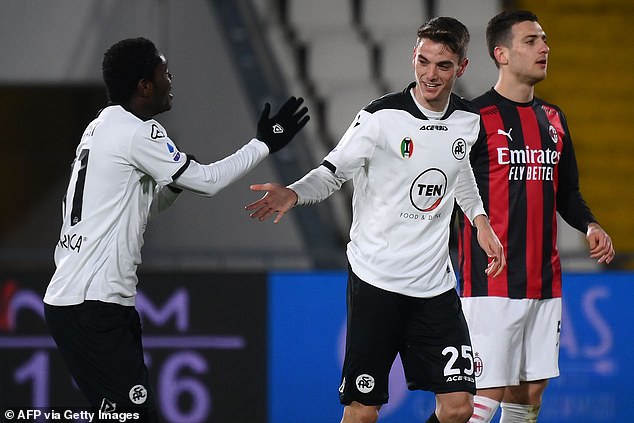 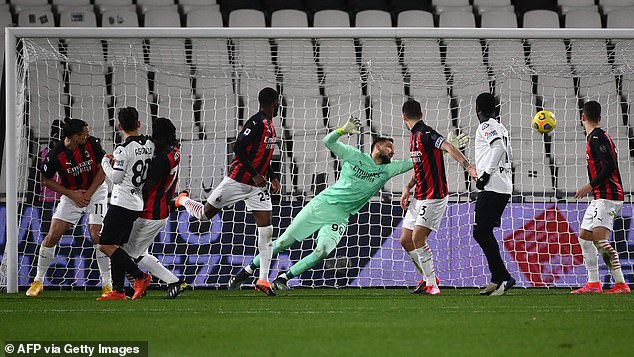 The lead was doubled when Nahuel Estevez rolled a free-kick to Bastoni on the edge of the box, who fired in a superb left-footed strike into the top corner to spark delirium among the newly-promoted side.

Milan barely had a sight of goal after the break with their best sights of goal coming from free-kicks from Zlatan Ibrahimovic and Hakan Calhanoglu – which both hit the wall.

January signing Mario Mandzukic headed wide from a free-kick in stoppage time but Pioli’s side were well-beaten. Spezia could have added a third when Riccardo Saponara struck the bar in the last kick of the game.

Pioli admitted Spezia were deserved winners but slammed his side’s lack of intensity and quality.

He told DAZN: ‘We are not a team capable of really winning ugly. We always try to focus on passing, intensity and tempo, so if we lack those elements, we are not as effective. 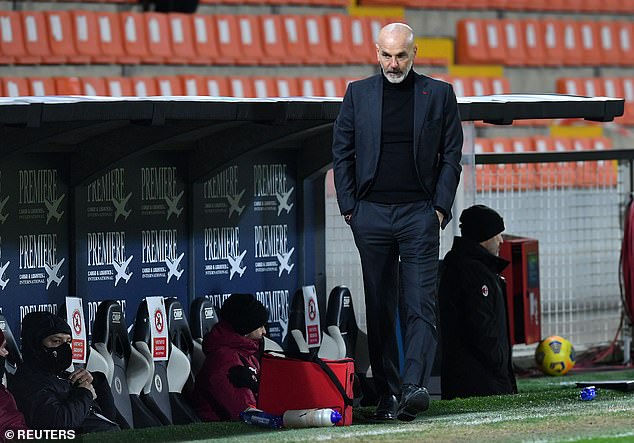 ‘We struggled throughout the game, nothing worked, including my choices and the performances of the players. Obviously, this isn’t what Milan are like, so we need to prove that from next week.’

Goalscorer of the second Spezia goal Bastoni added: ‘We had prepared this approach, to be very aggressive, press Milan high and not let them get into their rhythm. We wanted to stop them playing and it was the perfect performance.’

Meanwhile, Juventus failed to move closer to the top earlier on Saturday by losing 1-0 to Gennaro Gattuso’s Napoli.

Lorenzo Insigne’s first-half penalty kept the Partenopei’s slim title chances alive and also boosted Gattuso’s job security which was deemed to be perilous after a poor run of results.