‘Unforgivable selection’: Tottenham fans accuse Antonio Conte of ‘throwing their Carabao Cup semi-final against Chelsea’ as they slam the decision to start Pierluigi Gollini in goal over Hugo Lloris

The Italian shotstopper is set to make back-to-back starts between the posts after featuring in Spurs’ 3-1 FA Cup win over Morecambe as Hugo Lloris has been left on the bench.

Gollini arrived from Atalanta on a season-long loan deal in the summer, with Spurs having the to sign him permanently for £13m but the glovesman is yet to make a Premier League appearance for the north London side. 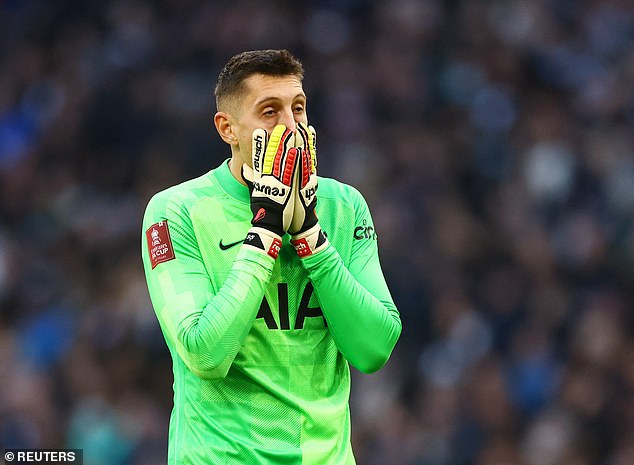 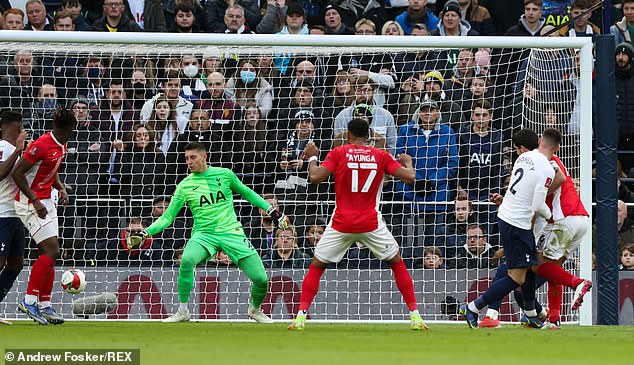 Tottenham needed to overturn a 2-0 deficit from a first leg defeat at Stamford Bridge but Chelsea gave themselves a further aggregate advantage just 18 minutes into the second leg tie.

Gollini was not strong or aggressive as he came out to meet the Blues’ corner and allowed Antonio Rudiger to head Chelsea into the lead.

And supporters took to social media to question the decision to start the 26-year-old in the crucial clash against their London rivals with some claiming he was sure to ‘have a howler’. 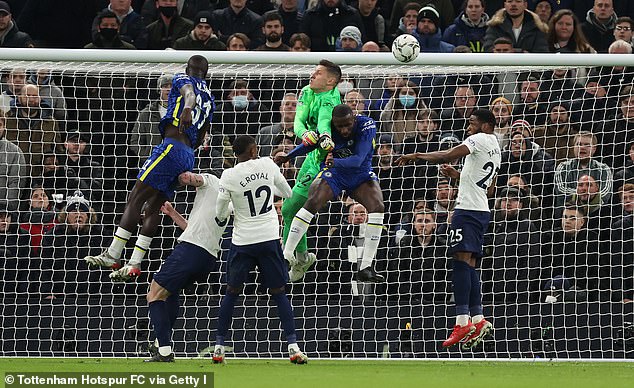 ‘Gollini starts in goal then tonight, I don’t even dislike the bloke, just can’t understand why Lloris wouldn’t be in goal tonight,’ one Spurs fan posted.

‘Why play Gollini for Spurs vs Chelsea this evening,’ one supporter asked.

‘Based on the first leg, compared to Lloris he’s flat footed and won’t get airborne in stretching for the ball. ‘

While another wrote: ‘Gollini is the worst keeper I have seen for spurs. Mr flappy hands doesn’t dive will have a howler.’

Gollini wasn’t the only surprise on Tottenham’s team sheet as Matt Doherty was handed a start again after playing in the FA Cup third round game at the weekend.

And some supporters accused the Spurs boss of trying to throw Wednesday’s semi-final, branding the selections ‘unforgivable’.

‘Gollini is so bad that no one seems to be bothered that Doherty is playing as a left wingback again,’ insisted one fan.