Tottenham have reportedly blocked a potential move for defender Japhet Tanganga after previous plans to allow the 23-year-old to depart the club this summer. The decision could have a knock-on effect at the club ahead of a transfer deadline day that could see activity from Antonio Conte’s side.

Having been strongly linked with loans and permanent moves to Serie A sides AC Milan and Roma this summer, Tanganga was expected to leave the Tottenham Hotspur Stadium this summer. However, football.london claim that the club have now blocked a potential move for the former England under-21 international as Spurs seek to ensure they are not left short ahead of a busy upcoming schedule. But it is claimed that it remains possible the north Londoners could yet change their mind again and allow Tanganga to leave on deadline day.

Plans for Conte’s side to bring in another defender before the window closes on Thursday may have been dealt a blow, with Tanganga remaining at the club and Cristian Romero returning from a knee injury sooner than expected, and also turning his loan deal into a permanent move.

Joe Rodon has left the club this summer, but Clement Lenglet has been brought in on loan from Barcelona to join fellow centre-backs Eric Dier, Romero, Ben Davies, Davinson Sanchez and Tanganga. Spurs have been linked with Inter Milan defender Milan Skriniar throughout the summer, and Conte has spoken with Daniel Levy and Fabio Paratici regarding transfers ahead of what could be a busy few days.

JUST IN: Leeds ‘weighing up’ bid for Dan James replacement which could trigger two more transfers 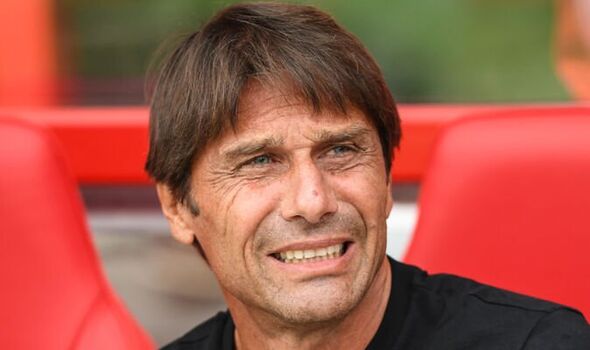 “I spoke with the club,” Conte said during his press conference ahead of Wednesday’s trip to West Ham. “I spoke with Paratici, with Daniel Levy, I said to them my opinion. But as you know very well, the most important thing is for the club to know my opinion. If we do something or not, it’s ok.”

Spurs may not be expecting another defender through the door this summer and perhaps after seeing only Lenglet and Tanganga on the bench while Romero was absent through injury, the decision was made to keep Tanganga at the club for the club’s busy schedule before the World Cup, where Conte has admitted he will rotate his squad. 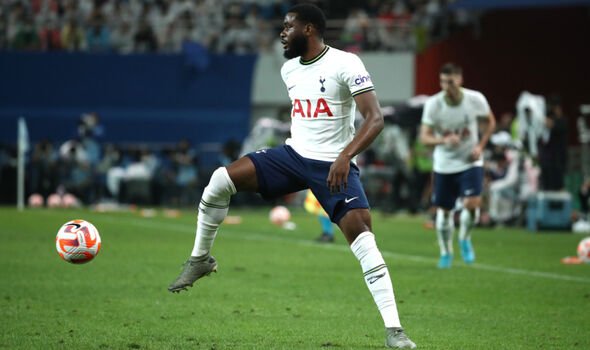 “Now it’s normal, when you have to play one game every three days it’s normal to make rotation,” Conte added. “The player has to be intelligent to understand sometimes to go on [the] bench, to come in, to alternate.

“For sure in this moment, this is the moment this is the period the club can understand if we are really really complete in the squad or maybe we will do better.

“For sure compared to last season we are more complete as a squad. You know very well to reach other teams at [the] top level I think we need time, patience and at least two transfer markets to reach the same level.”