Steve Bruce admitted the chasm between the top and bottom of the Premier League has never been greater after Newcastle’s elimination from the FA Cup.

Newcastle were beaten 2-0 by Manchester City in last night’s quarter-final at St James’ Park, with Pep Guardiola’s side registering 76 per cent possession on a damp occasion.

City go on to face Arsenal in next month’s semi-final at Wembley and Bruce believes it is becoming increasingly difficult for any team outside the elite to challenge. 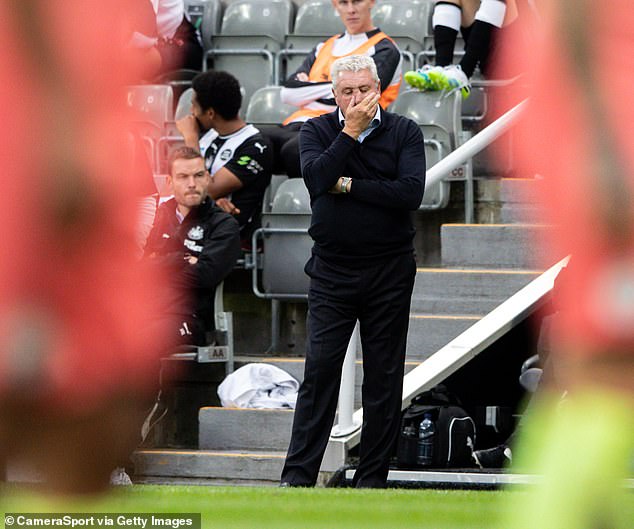 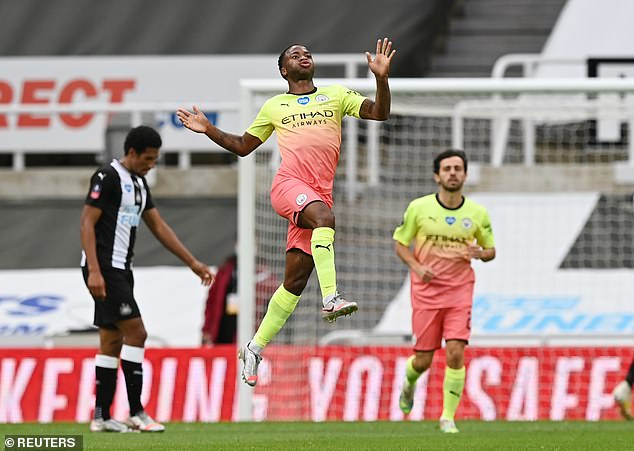 ‘There’s becoming a bigger gap between the top and bottom of the Premier League and that gap is growing,’ the Newcastle manager said.

‘If you look at the FA Cup over the last 20 years, most of the big clubs go onto win. We weren’t quite good enough.

‘It’s bad enough playing Manchester City anyway. But there’s no doubt it’s even harder without 52,000 mad Geordies shouting their heads off to give us some encouragement. There’s no question that we wanted and needed that. 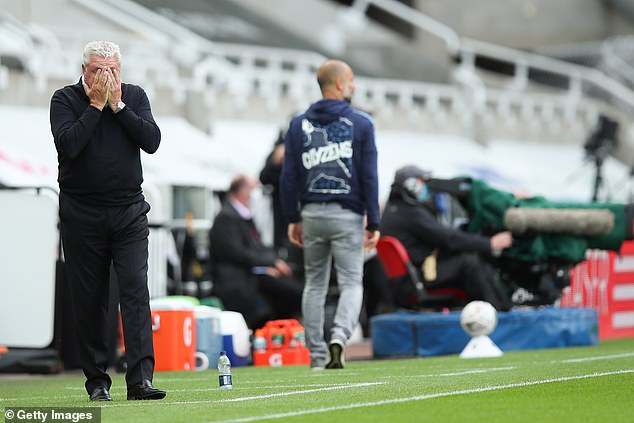 ‘It wasn’t to be, and when you’re playing against these teams, you really need your crowd to give you a lift.

‘We’re unique here, and it would have been a marvellous occasion.’

Bruce also called on the Premier League to provide clarity over the prospective takeover of the club.

‘I’m led to believe it is the Premier League that is stalling all of these negotiations,’ he added.

‘If that is the case, they need to come and make a decision sooner rather than later. It’s not healthy for anybody.’ 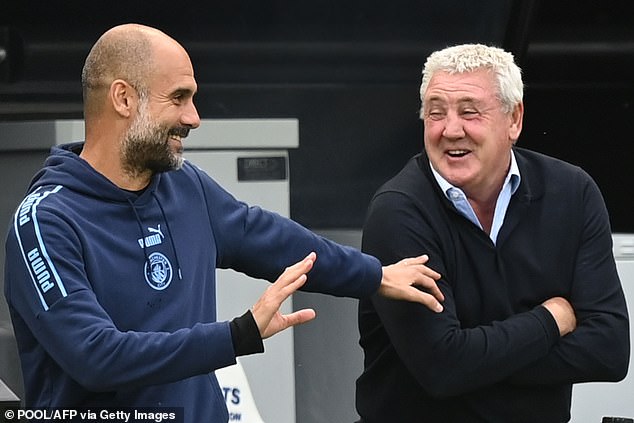 Meanwhile, Pep Guardiola wants the FA Cup to act as preparation for the Champions League’s resumption in August.

‘It will be good to arrive in Madrid in the best physical conditions to play these kind of games,’ he said.

‘We have a semi-final against Arsenal and want the final. That will be the best preparation – to win the trophy and to prepare for Real Madrid.’