Steve Bruce issues rallying cry to his injury-hit Newcastle squad, insisting they must ‘find a way’ to overcome their fitness woes after Miguel Almiron and Allan Saint-Maximin limped off in draw with Wolves

Newcastle head coach Steve Bruce is facing up to the prospect of overseeing a fight for Premier League survival without his three most dangerous players.

Both will undergo scans as medics attempt to assess the extent of the damage, but with the pair and Wilson having contributed 16 of the Magpies 27 league goals so far this season, any prolonged absence would come as a major blow. 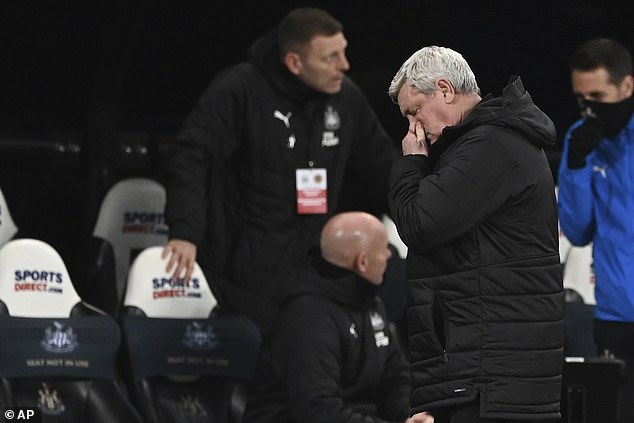 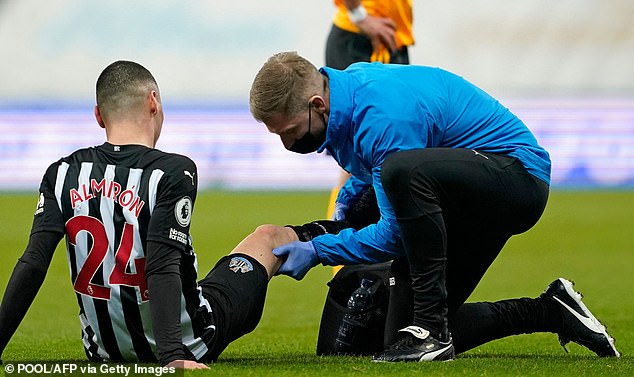 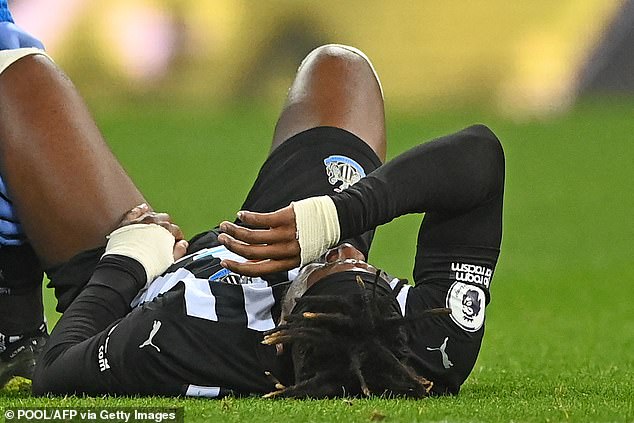 ‘Our top goalscorer last year only scored six goals and we managed to find a way and get some results.

‘It’s been pretty brutal to us in that respect to our big players, so we’ll have to get on with it and accept it and take on the challenge.’ 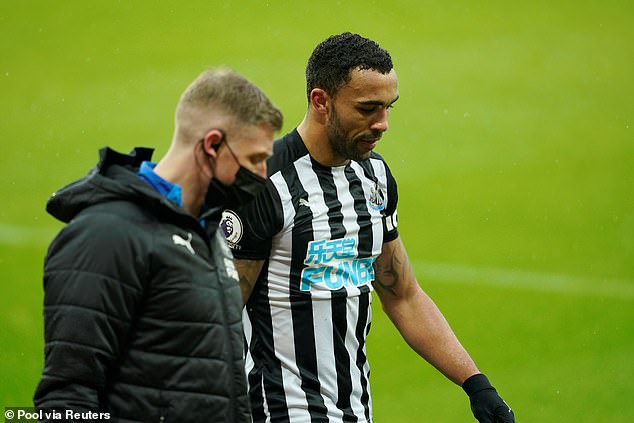 The Magpies were already without talismanic striker Callum Wilson, their top scorer with 10

Newcastle’s lack of cutting edge was once again highlighted as they failed to make the most of their chances in an encouraging performance and had to rely upon a remarkable save by returning keeper Martin Dubravka to emerge with even a point.

After Almiron hit the post in the first half, skipper Jamaal Lascelles headed them in front seven minutes after the break only for Ruben Neves to level with 17 minutes remaining.

However, they should have regained their lead in the closing stages when substitute Jacob Murphy squared the ball for £40million striker Joelinton, whose shot hit defender Romain Saiss on the line and somehow squirmed over the bar.

Bruce said: ‘He should score. It was a great run by Murphy and it was a big, big chance with, what was it, seven minutes to go? I’ve just seen it back again and it’s a big, huge opportunity that we missed.’

Newcastle’s disappointment would have been compounded in stoppage-time had Dubravka, making his first league appearance of the season, not managed to divert substitute Fabio Silva’s header on to the underside of the crossbar and away.

The Magpies remain firmly entrenched in a relegation fight, while Wolves have eased themselves into a comfortable mid-table position with an unbeaten five-game run.

Manager Nuno Espirito Santo said: ‘I always believe there’s space to improve and we have a lot of details that we should improve, but the reaction and the approach game after game pleases me.

‘It gives me the belief we should improve in our game, and we are on the way and working hard for it. Our expectations are high and we know we have talented players and we have to improve them. The boys are giving all that they have, so we will do it.’