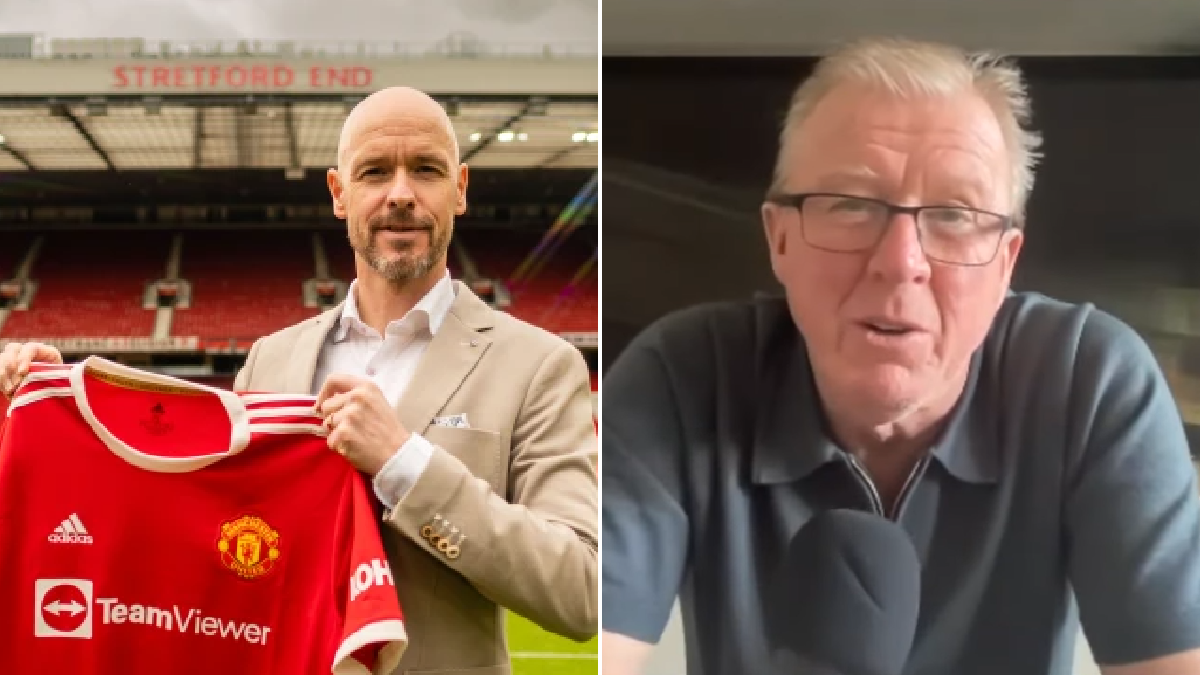 New Manchester United assistant Steve McClaren has likened Erik ten Hag’s drive and focus to legendary manager Sir Alex Ferguson and has provided an interesting insight on the Dutchman’s preparations since taking over.

The former Ajax boss was announced as United’s new manager at the backend of April but he had to wait until the end of the Eredivisie season before switching his attention to transforming fortunes at Old Trafford.

McClaren’s appointment was only confirmed on Monday but the former England head coach – who Ten Hag actually worked under at Twente – has been planning for the new season alongside the Dutchman for the past week and already sees similarities with old boss Sir Alex.

Speaking to his son, Josh, on the McClaren Performance podcast, he said: ‘The last seven days have epitomised his attention to detail, all the detail, all the planning – which he wants to get right.

‘And that’s from the day after he won the championship with Ajax, he’s onto the next thing – a little bit like Sir Alex Ferguson used to do. But we just want to support Erik and make him successful and if he is, then the team is.’

Shedding light on the meetings and planning sessions that have taken place in the past week, McClaren continued: ‘It was the worst kept secret but really it wasn’t confirmed until last week when Erik and Ajax finally won the league. Then we had the meetings the day after he celebrated the championship, and it was made official.

‘And then we basically got to work, Erik finished his last game, came to London last week where I met him and Mitchell [van der Gaag] and John Murtough and together we spent five days – six days including yesterday with the press, and seven including today – so we’ve spent the last week [working].

‘As I’ve always said about Erik, the work ethic and the attention to detail has just been exemplified in the last seven days where he’s practically met every member of staff who he is going to work very closely with and in detail has worked out the plan, what each person’s job is.

‘It’s like going back in time 10 years ago when I first met him [when they were at Twente together] and everything was mapped out, and again that’s the case.

‘So it’s not just exciting going back to Manchester United, it’s exciting working with Erik again. And after a week with Mitchell, a very, very good coach, and hopefully together – and along with the staff, John Murtough also has been a fantastic help in the process – we can begin middle of June, players come back and it’s a new beginning.

‘I know Erik is looking forward to it and I certainly am, and it was great to catch up with him over the last seven days and really bond again and hopefully make a great team off the field that will ultimately produce one on the field.’