Home » Soccer » ‘Still in therapy’: Why this World Cup should have been in Australia

Now that the 2022 World Cup is upon us, even Sepp Blatter admits that Qatar is the wrong place for it.

“For me it is clear: Qatar is a mistake,” said Blatter, the disgraced former president of FIFA, in a recent interview with a Swiss newspaper. “The choice was bad. It’s too small a country. Football and the World Cup are too big for that.” 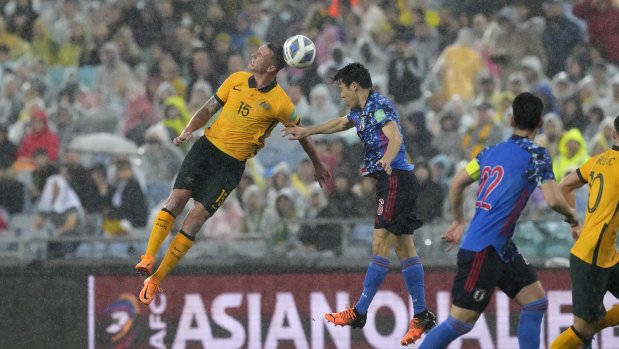 What might have been: the Socceroos in action against Japan at Stadium Australia.Credit:AP

In 2010, when Blatter was head of FIFA and hosting rights for the 2018 and 2022 tournaments were to be awarded simultaneously, Qatar was the right place. In 2014, it was still the right place, but as admitted by Blatter, the Arabian Peninsula in summer was the wrong time and so it was moved to winter. Now even in winter it’s the wrong place.

What can you do? Can’t let all that champagne and caviar go to waste. This is FIFA at work.

There’s a country that’s plenty big enough to host the World Cup, and well enough resourced, with first-world infrastructure, a mostly agreeable climate and proven big event competence. It was one of the bidders in 2010. It’s not a hotbed of the world game, but it does rank above Qatar. Besides, a hotbed is not always a comfortable place.

In 2010, Australia had a blueprint. It called for half-a-dozen new or refurbished stadiums around the country. As it happens, most of that work has since been done anyway, including a total rebuild of the Sydney Football Stadium, independent of any bid and without any need to refrigerate the grounds as Qatar has done. The Perth stadium is the jewel (starting from scratch, Qatar has spent a reported $US200 billion on stadia).

“A lot of soccer people in Australia to this day try to blame the AFL… That’s absolute nonsense.”

In the interim, Australia successfully hosted – and won – the Asian Cup in 2015, and three different cricket World Cups, and next year will co-host the FIFA women’s World Cup. In the meantime, it convinced the IOC that this country was capable of staging the Olympics for a third time. Those Games are set down for Brisbane in 2032.

It’s a pretty impressive set of credentials. The mind’s eye waters dreamily to think of the World Cup in Australia now: the crowds, the fervour, the flags fluttering over Stadium Australia on opening day. The beady eyes of governments tear up, too: it was projected that revenue would be four times what the Sydney Olympics brought in. Waters, or just weeps.

“Would we have hosted a great World Cup?” asks Bonita Mersiades, who worked in corporate affairs for FFA and was on the bid team. “Yes, we would. We’re very experienced and skilled at major international sporting events. The Asian Cup experience shows we can also bring in other cultures and they can have an enjoyable experience as well, it would have been a great tournament for sure.”

In 2010, Australia was naive enough to believe they were in the running. But what it thought were prospects was a mirage, a common enough phenomenon in the Arabian desert. Australia got one vote. Most of the people involved wince about it still. Few of the principals wanted to revisit it this week. “I’m still in therapy,” says one. 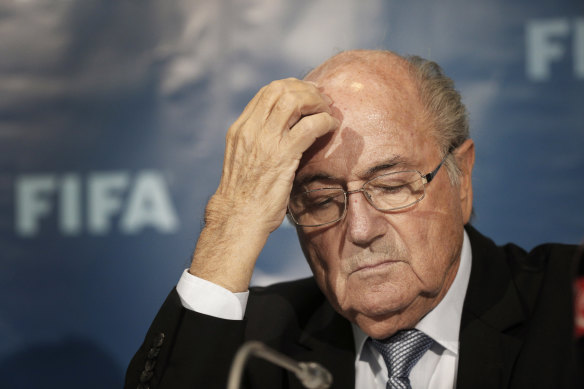 By the time the winning bids were handed down like Biblical tablets, Mersiades had been removed from the Australian team and was in the process of becoming a FIFA whistleblower. She knew Australia could not win. A former Socceroos team manager and multi-platform writer about the world game, she knew FIFA too well.

“I had a pretty good understanding of what FIFA was like and I didn’t ever think they were going to make that decision based on merit,” she says. “Especially with two up for grabs at one time, and there was such a large number of bidders.”

In 2018, Mersiades published Whatever It Takes: The Inside Story of the FIFA Way, detailing the subterfuge and double-dealing in the 2018 and 2022 bid process.

“Australia had no chance. Not a chance. Never,” said Blatter when interviewed for the book. “You never had a chance because you were never going to be competitive for the broadcasters. Not the time zone, not the money. It is obvious. We have to make enough money at the World Cup for the next four years, and Australia wouldn’t be able to do that.” 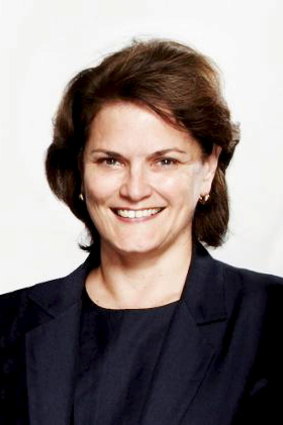 If only it was no more murky than that.

“I always had doubts about the process, but what really tipped me over was when we engaged our first international consultant,” says Mersiades. “I was told specifically, ‘don’t tell anyone we’ve engaged him’. If you’re head of communications and public affairs, and you’ve hired this gun consultant who’s going to win you the World Cup bid, why wouldn’t you tell people, unless there’s something to hide? That immediately rang alarm bells.”

In the end, there were three consultants, notionally working from three different angles.

Mersiades estimates the consultants cost about $15 million, from a bid budget subsidised by the federal government to the tune of $46 million. Effectively, they were go-betweens, greasing palms while providing plausible deniability. A subsequent FIFA investigation found there was “significant evidence” Australia tried to influence voting via improper payments. 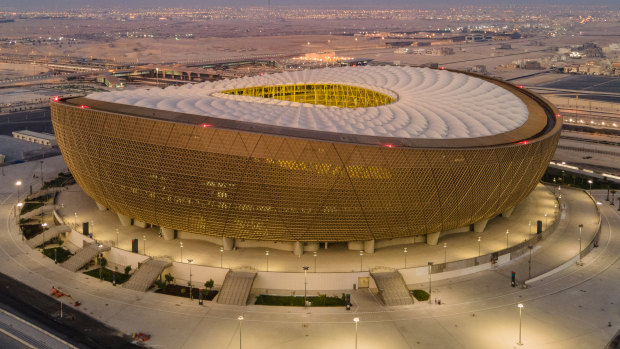 Mersiades maintains that she was sacked from the bid team at the urging of the consultants.

Was this Australia trying to play FIFA’s game? “That’s been my case all along,” says Mersiades. “We played the game the FIFA way because we thought that was the only way we could win it… It wasn’t about how good the bid was. It was about the deals done behind closed doors.

“We didn’t win because fundamentally we played the game so late. We ran a dodgy bid, with three international consultants who ran a reputational risk. And we just didn’t have as deep pockets as Qatar. It’s as simple as that. Qatar were very strategic in how they went about satisfying the demands of various members of the executive committee. 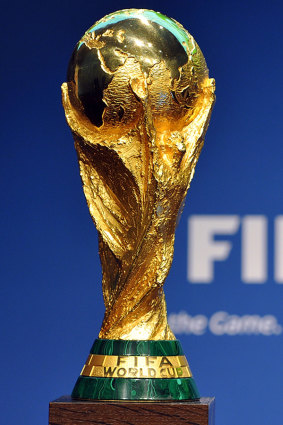 Much as Australia covets big events, they could have saved themselves the trouble. Blatter had told Australia in 2009 that they simply did not have the financial pull. His preference was for the United States, but as ever playing all sides of the street, he would claim to have cast the one lonely vote for Australia.

In any case, he was outflanked by a bloc that formed around then UEFA president Michel Platini. There was a meeting in Paris hosted by then French president Nicolas Sarkozy between Platini and the Qatar bid team, spearheaded by Sheikh Mohammed bin Hamad bin Khalifa al-Thani, son of the then Emir and brother of the current Emir. It swung the numbers for Qatar.

In her book Mersiades details how state-owned Qatari broadcaster Al-Jazeera’s sports arm agreed to a secret payment of $US100 million if Qatar won, and duly obliged (that arm, now independent of Al-Jazeera as beIN Sports, subsequently claimed that this was a standard production fee and had nothing to do with the bid).

Meantime, Blatter agitated for Qatar to be stripped of hosting rights – at least until he agreed to drop his opposition in exchange for Qatar’s support for him to retain the presidency of FIFA. He did until 2015, when corruption charges overtook him and he was banned from any FIFA role until 2027. 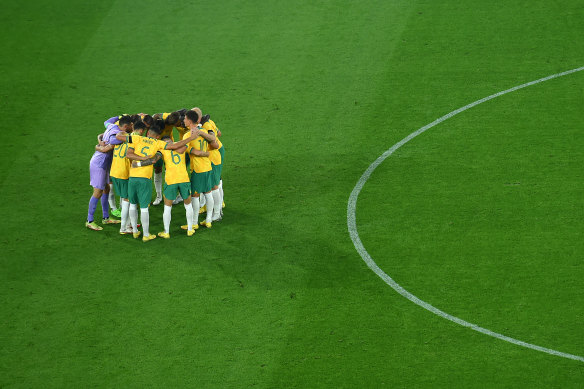 The Socceroos before a World Cup warm-up match against New Zealand in Brisbane.Credit:Getty Images

It’s no wonder that Australian soccer authorities of the time still have their faces in their hands. The fact is whether Australia played the game the right way or FIFA’s way didn’t matter. We’d lost before the kick-off. This is the way the world game games the world.

Mersiades says domestic squabbles between codes would barely have registered behind those distant closed doors. “A lot of soccer people in Australia to this day try to blame the AFL,” she says. “They say we didn’t get it because of the AFL. That’s absolute nonsense.

“Sure, the AFL was a political nuisance that had to be dealt with, not unfairly; their season and the NRL season would have been massively disrupted. But we always knew that.”

So as Australia’s gaze turns this fortnight to the gleam of Qatar’s Camelot in the desert, is it worth the heartbreak even to picture a future World Cup here? A capable performance as host of next year’s women’s World Cup might help. So would an unexpectedly bold effort by the Socceroos now. 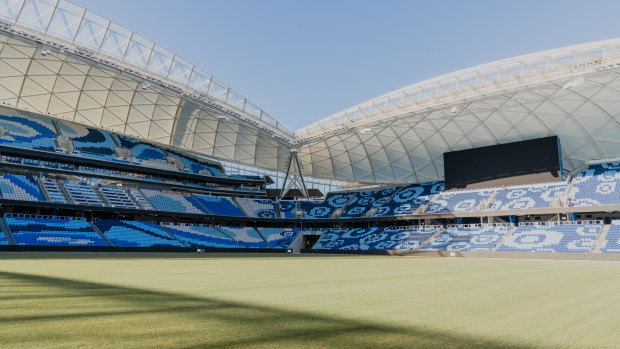 Our credit rating as a sporting nation is still AAA, but scale, financial and physical, remains an issue. The next tournament in 2026 will feature 48 rather than 32 teams and will be staged in 16 cities across the US, Canada and Mexico, all with suitable stadia, in global prime time. That’s an inventory that Australia would find hard to match, even if it co-opted New Zealand to the cause.

And that’s before Australia plunges again into FIFA, with its Machiavellis and their machinations. Who dares doesn’t necessarily win and most often cops a bloody nose.

“Any football fan – any player – would love to see a World Cup on home territory,” says Mersiades, still a fan despite it all. “But while hosting a World Cup is great, it’s great for six weeks. It’s great for a little bit of legacy, but at the end of the day, it’s a sugar hit.

“It’s not the same as the systemic, strategic build-up of the game that the AFL and NRL to a lesser extent have done so well over decades. It’s a bit like the Olympics. It’s a great circus, but what’s afterwards?”

On This Day in 2019: Former Arsenal boss Arsene Wenger takes on new role at FIFA