Stoke confident they have fended off Bournemouth and QPR for young midfielder Alfie Doughty after having £650,000 bid accepted… but he will be sent straight back on loan to Charlton until end of the season

Stoke City believe they have won the race to sign Charlton Athletic midfielder Alfie Doughty ahead of rivals Bournemouth and QPR.

All three Championship club had bids of £650,000 accepted and were given permission to talk to the talented 21-year-old who is out of contract in the summer and had Rangers and Celtic keen to take him on a free at the end of the season.

However, Doughty is now understood to have chosen Stoke ahead of their rivals but, as part of the agreement, he will stay at Charlton on loan until the end of the season. 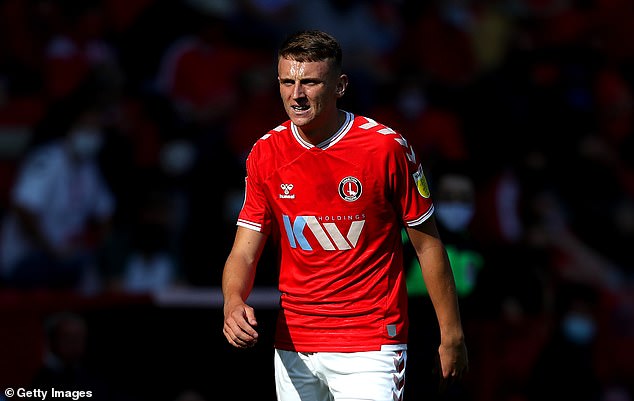 Alfie Doughty has interest from a host of Championship clubs, as well as Rangers and Celtic

Stoke manager Michael O’Neill said at the weekend: ‘We tried to bring him in during the summer, it wasn’t possible for us to get a deal done at that point in time. We’ll have to wait now and see. The decision rests with the player at this minute in time.’

The midfielder is working his way back from a torn hamstring and is not expected to be fit until around the end of February.

‘Part of the deal is that Alfie will be coming back on loan,’ confirmed Charlton manager Lee Bowyer.

‘Alfie himself has said he has started the season with us and he’d like to finish it. He wants to be part of trying to help us finish as high as possible, which is good. 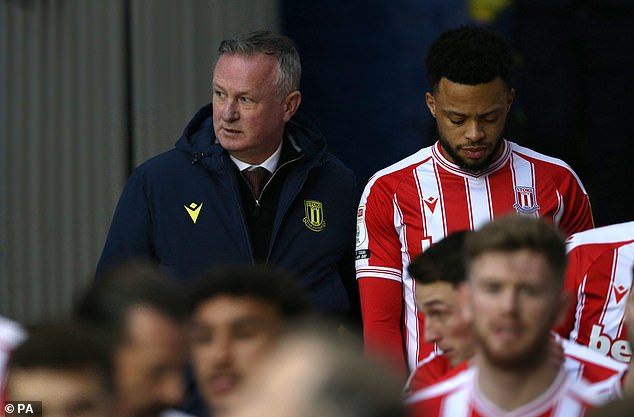 ‘I imagine he will get fit and then whichever club gets him will send him back on loan to us until the end of the season. Then he’ll go back to wherever he goes.

‘Whenever he comes back training he will have been out a while. He has got to try and get up to match speed. If we have him for the last couple of months then that will be a bonus but with these injuries you have to be careful, because things can happen between now and then. It is difficult to predict.’

Bournemouth have been looking for young midfielders amid interest from Aston Villa and others in £35million-rated Wales international David Brooks.