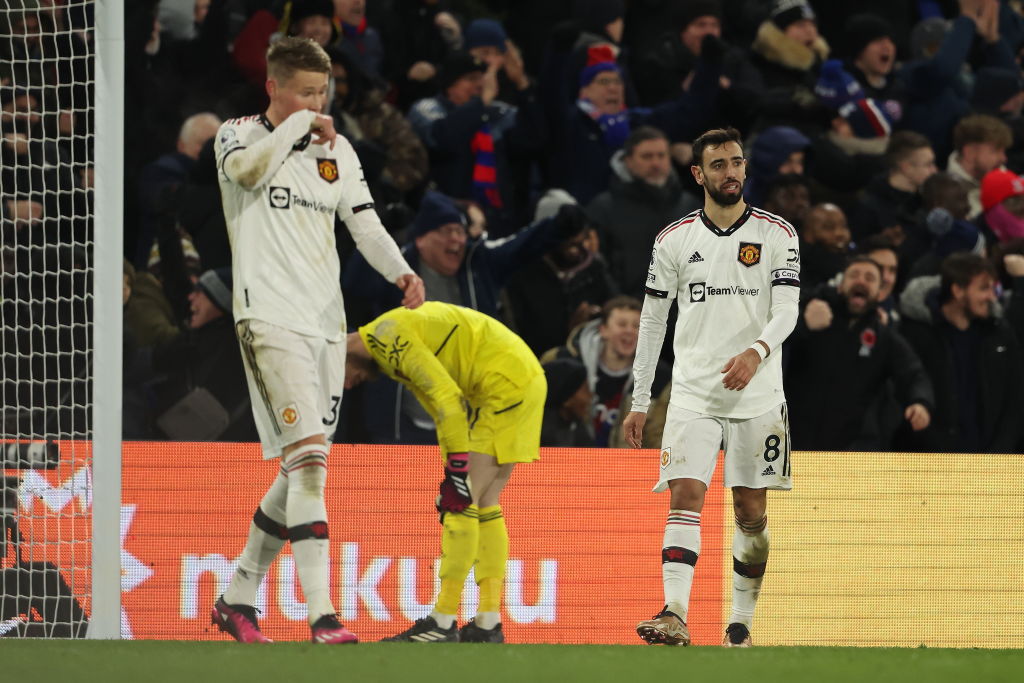 Manchester United looked to be heading for a tenth straight win in all competitions, but a stunning late free-kick from Michael Olise saw them held to a 1-1 draw at Crystal Palace.

A Bruno Fernandes goal two minutes before half-time gave the Red Devils the lead and, although they needed David De Gea to make a couple of remarkable saves, it looked like that was going to be the difference.

However, as the clock ticked past 90 minutes, Olise lined up a free-kick from distance in the inside-right channel, and curled in an effort beyond the reach of De Gea.

The drama wasn’t over there as Casemiro very nearly poked home a late winner, while it then looked like Wilfried Zaha was going to burst in on goal, but Aaron Wan-Bissaka produced a superb last ditch tackle.

It was a bad night for Casemiro as he was shown a yellow card for a lunge on Zaha with 10 minutes to play and the booking means that the Brazilian will be suspended for the trip to league-leaders Arsenal on Sunday. A serious blow to United as the former Real Madrid man has been exceptional since his arrival in the summer.

Manchester United, who started with new loan signing Wout Weghorst up front, did not create a huge amount of clear-cut chances over the piece, with Vicente Guaita not called into a lot of action in the Palace goal.

However, it was a well-worked goal and the Eagles falling to sleep defensively that saw them take the lead.

Motherwell to renew fans’ seasons tickets for free in 2021/22