Manchester City have the best chance of winning the Champions League this season, according to a leading sports predictor. City have never been crowned champions of Europe before and Pep Guardiola will be desperate to get his hands on the prestigious trophy for the first time in 10 years this summer.

Man City could only manage the quarter-final after suffering a shock defeat to Lyon, who were eventually beaten in the semi-final.

Fellow English teams Liverpool, Chelsea and Tottenham were all knocked out in the round of 16 of the 2019/20 Champions League campaign, right before the coronavirus pandemic postponed the season temporarily.

This time around, Spurs didn’t qualify, but Liverpool and Chelsea have both progressed into the knockout phase after relatively comfortable group stages.

Liverpool will face RB Leipzig in the next stage of the competition, as they look for their seventh European crown. 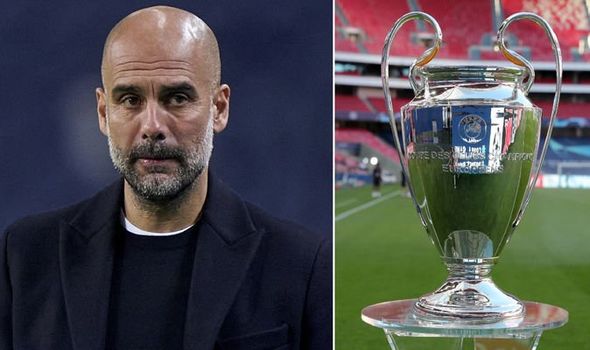 Meanwhile, Frank Lampard’s side have the extremely difficult task of facing Atletico Madrid over two legs, but Manchester United were knocked out in the group stage.

Man City were drawn against German side Borussia Monchengladbach in the last 16, with ties set to be played on February 24 and March 16.

According to FiveThirtyEight, City are the team with the best chance of winning this season’s Champions League trophy.

The website’s model has given the Manchester-based club a 63% chance of making the semi-finals, and a 28% opportunity of winning the final.

Reigning champions Bayern Munich are unsurprisingly the second favourites with a 17% chance of being victorious in the final, with Barcelona having a 13% opportunity down in third.

Liverpool are in fourth with an 8% chance, then it’s Spanish duo Real Madrid and Atletico Madrid with 6% and 5% respectively. 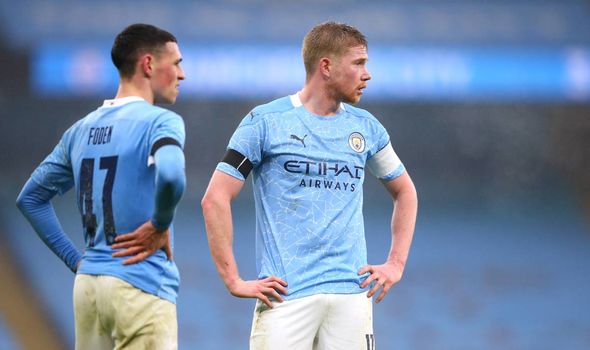 Chelsea are way down in ninth, with eight teams standing a better chance of being triumphant, including Borussia Dortmund and Juventus.

The Blues are ahead of last season’s finalists Paris Saint-Germain, though, with Mauricio Pochettino’s side having a 3% chance, in comparison to Lampard’s team’s 4%.

The team least likely to win it is Italian outfit Lazio, who haven’t even been given a percentage of winning the final, but their chances of reaching the last four is 3%.

The FiveThirtyEight model is the brainchild of analyst Nate Silver – the 42-year-old who gained fame for correctly predicting the result of the US elections, using a data modelling system.

Despite a seemingly favourable draw for City, Guardiola is not taking the tie against Monchengladbach lightly, as he revealed to the press in December.

“I learned when I was in Germany how big and important and historic they are as a team,” the Man City boss explained.

“It is a club that I respect a lot, the quality and beauty of their football. To go through in a group with Shakhtar, Inter (Milan) and Real (Madrid) with two exceptional games against Shakhtar.”