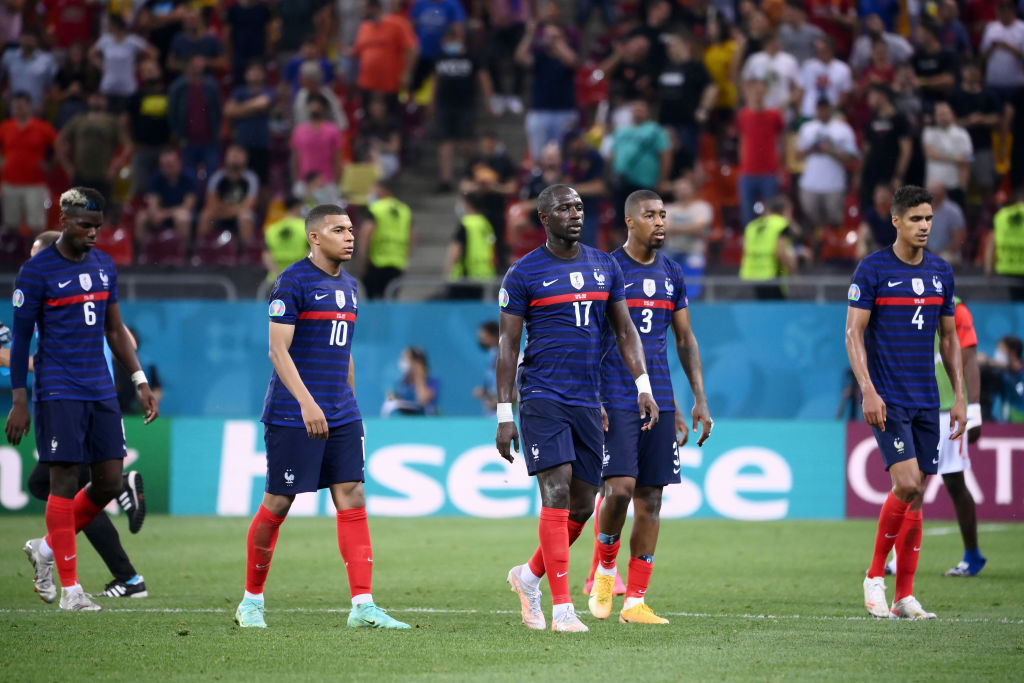 Switzerland caused a mammoth upset in the last 16 of Euro 2020 on Monday night as they claimed a 5-4 win on penalties after an epic 3-3 draw.

Yann Sommer produced a superb save from Kylian Mbappe on the decisive spot kick after Mario Gavranovic, Fabian Schar, Manuel Akanji, Ruben Vargas and Admir Mehmedi had all scored for the Swiss.

Paul Pogba, Olivier Giroud, Marcus Thuram, Presnal Kempembe had all netted from 12 yards before the Paris Saint-Germain superstar saw his effort palmed away.

The Swiss will now take on Spain in the quarter-finals in Saint Petersburg on Friday.

Switzerland opened the scoring early on in normal time, with Haris Seferovic heading home 15 minutes in, a lead they were still comfortably holding at half time.

It was a very poor performance in the first half from France but they were much, much better after the break and after Ricardo Rodriguez saw his penalty saved by Hugo Lloris 15 minutes into the second half, the favourites turned things around.

A quickfire brace from Karim Benzema but France ahead before Paul Pogba curled in a sublime third.

That looked to be that, before Seferovic headed in a second for him and his team with nine minutes to play and then Mario Gavranovic fired in an impressive strike from the edge of the box as the clock ticked to 90.

France were appalling in the first half, finding themselves 1-0 behind at the break thanks to a Haris Seferovic header 15 minutes in.

Didier Deschamps switching to an unfamiliar system of three centre-backs did not seem to suit his side, while they also played with little energy or intent, allowing the Swiss to pinch an unlikely lead.

However, the team that contested the second half looked to be entirely different as they looked absolutely superb at times.

Kingsley Coman replaced Clement Lenglet at the break, which seemed to help, but not nearly as much as the Swiss themselves provided their opponents a helping hand.

The underdogs were given a penalty thanks to VAR on 55 minutes and Ricardo Rodriguez stepped up, tried to slot it into the corner but Hugo Lloris got down to his right to make a fine save and keep the game at 1-0.

Four minutes later and France were ahead.

Karim Benzema scored both, masterfully controlling a through ball from Kylian Mbappe for the first, before finishing calmly.

Kylian Mbappe had the best opportunity but fluffed it as he continued his search for his first goal of the tournament, and while Pogba was impressively praying the ball around the pitch, he couldn’t fashion another clear chance for a teammate and the match went to penalties.