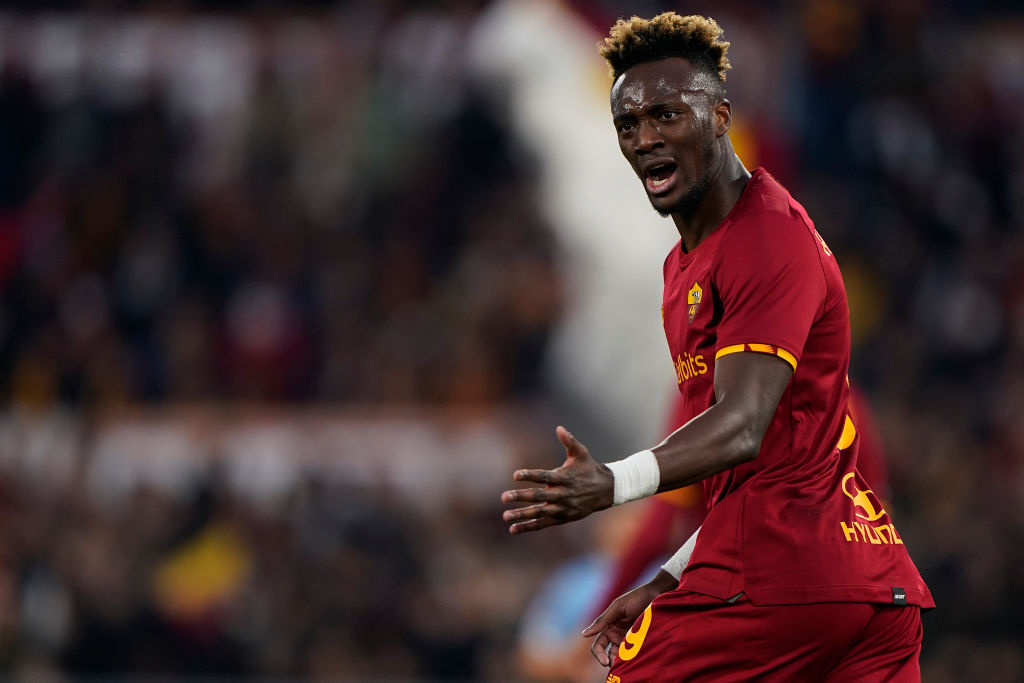 The England forward had bagged 21 goals in his debut campaign in the Italian capital before Sunday’s clash.

Abraham joined Jose Mourinho’s side in a £40m from Chelsea and has been the club’s player of the season so far.

Only Batistuta and Vincenzo Montella had scored as many goals as Abraham [21] in their debut seasons at the club but the former Aston Villa hitman surpassed both players with a brace in the first half against Lazio.

It took Abraham’s tally for the season to 23 and put him firmly in the record books at Roma.

Mourinho’s side are in dire need of the three points, which would take them above their city rivals and into 5th.

Roma would be 8 points adrift of Juventus, who currently occupy the final Champions League slot in 4th.