Home » Soccer » Tariq Lamptey: Brighton defender out for rest of season due to hamstring injury that requires surgery

Brighton defender Tariq Lamptey will miss the rest of the season as he requires surgery on an injured hamstring.

The 20-year-old, who joined from Chelsea in January 2020, has played 11 times for the Seagulls this campaign but has not featured since being substituted in the goalless draw with Fulham on December 16. 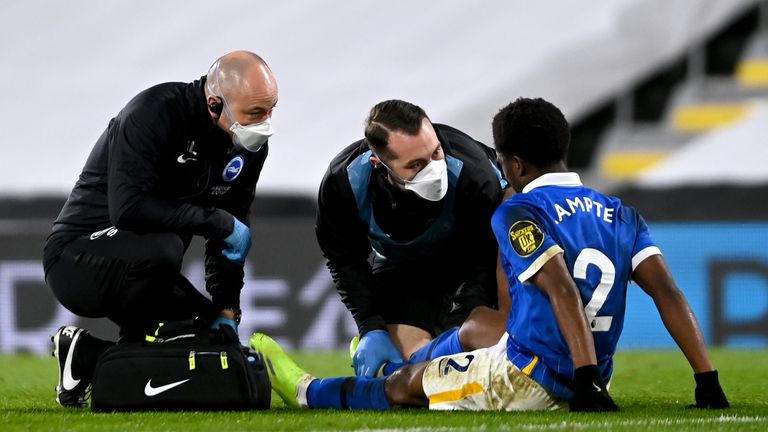 Brighton boss Graham Potter confirmed the news as he faced the media ahead ahead of their trip to Southampton on Sunday.

“Tariq’s hamstring hasn’t responded as well as we’d like, so he will need surgery and will miss the rest of the season, which is disappointing for him and for us,” said Potter.

“It’s incredibly disappointing for him as you can imagine. We tried things, but surgery is now the best option and we have to focus on getting him strong and ready for the start of next season.

“It’s a big blow for him. We have kind of got used to him not being available as he’s been out for a while. It’s disappointing for us though.

“It tests you of course, but you can’t just replace Tariq Lamptey with Tariq Lamptey 2.0, we haven’t got that. Therefore you have to adjust your team and ideas.”

Potter also confirmed that striker Aaron Connolly will not be available until after the international break in early April as he continues his recovery from a cracked rib.

Defender Adam Webster is also due back in action around the same time as he battles back to full fitness after an ankle problem.