An emotional Kasper Hjulmand hailed the togetherness of his Denmark squad for returning to complete their opening match of Euro 2020 against Finland after midfielder Christian Eriksen had collapsed and was taken to hospital.

Shortly before half-time at the Parken Stadium in Copenhagen, former Tottenham playmaker Eriksen suddenly dropped to the ground as he ran back from the Finland penalty area, leaving players from both teams in clear distress.

English referee Anthony Taylor immediately called medics on to the pitch and Eriksen underwent prolonged treatment, with compressions performed on the chest of the 29-year-old Inter Milan player before he was taken to hospital for further treatment, where his condition was said to have stabilised. 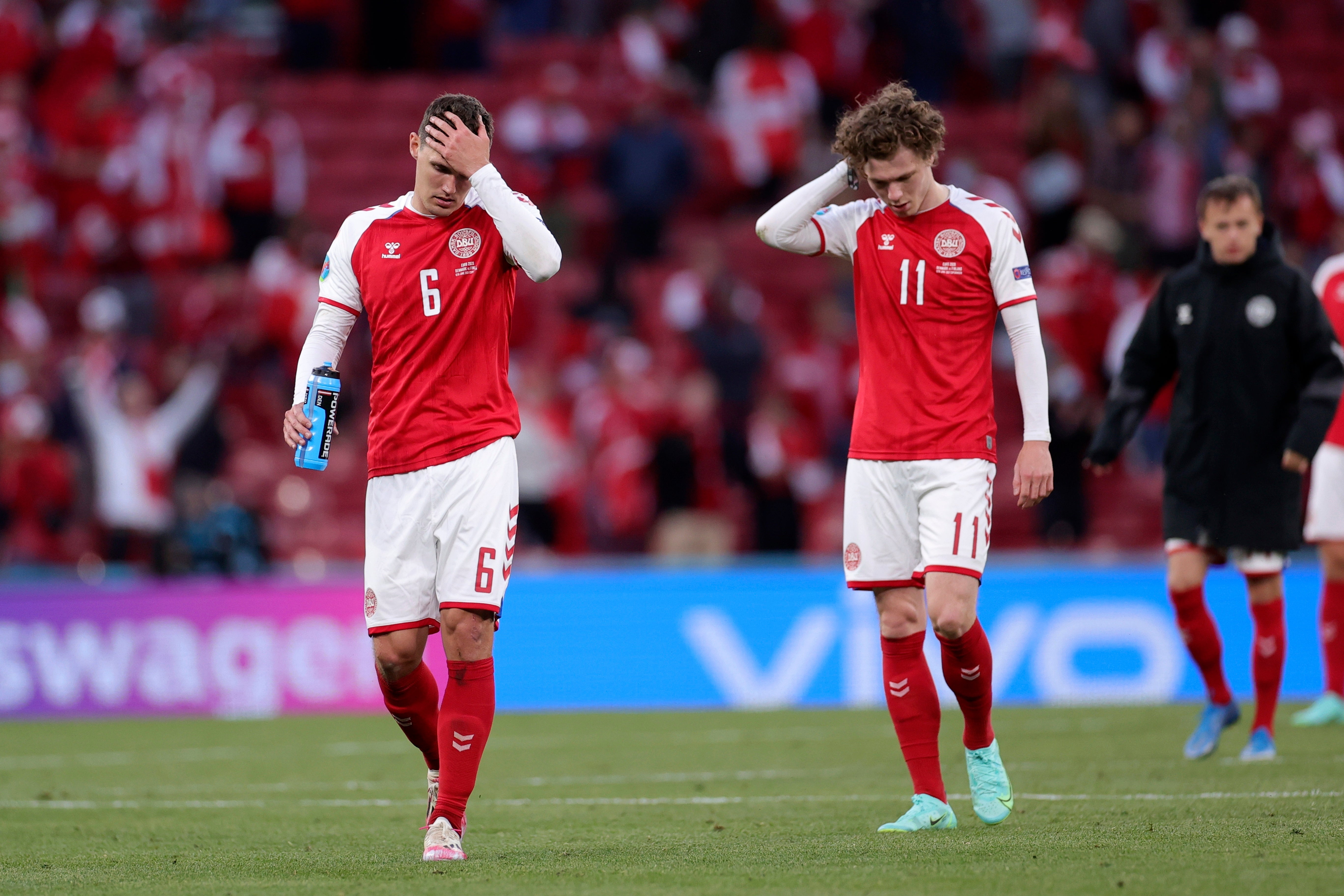 UEFA confirmed players from both sides requested the Group B fixture be finished on Saturday evening, which restarted at 8:30pm local time (7:30pmBST).After both sets of teams were applauded back on to the pitch, the remaining five minutes of the first half were played out at a low tempo ahead of a short half-time break.

Finland went on to win the match 1-0 with a goal from Joel Pohjanpalo in the 58th minute as Denmark later saw a penalty from Pierre-Emile Hojbjerg saved.

Denmark boss Hjulmand was in tears at the post-match press conference, reflecting on the most traumatic of experiences for all involved.

“It was a really tough evening, one on which we’ve all been reminded what the most important things in life are. It’s meaningful relationships. It’s those people who are close to us. It’s family and friends,” Hjulmand said.

“All thoughts are with Christian and his family. Christian is one of the best footballers, but he is an even better person.

Hjulmand added: “I could not be more proud of this team, who take good care of each other.

“There are players in there who are completely finished emotionally. Players who on another day could not play this match. They are supporting each other. It was a traumatic experience.

“There is such a thing as everyone being able to say no. I said that no matter what, everything would be OK. You should be able to show aggression and joy, so it was something making room for all the emotions.

“You can’t play a football match at this level without being aggressive. It can’t be done.”

Hjulmand will now try to regroup the squad ahead of their next game against Belgium on June 17.

“Regardless of where these things happen, there is the opportunity to get help,” he said.

“We are trying to pick ourselves up now and get ourselves sorted as much as we can. We have professionals with us.

“We will talk about it tonight, try to process it and move on together.”

For Finland, it was a first win on their debut in a major international tournament.

Manager Markku Kanerva also reflected on a difficult night for his players.

“I said to them that I understood the emotions of the game and how they would feel after what had happened to Christian,” Kanerva told a press conference.

“I said to them ‘try to focus as much as you can on the game’. I said I know it will be difficult to do that, but they coped really well.”

Kanerva added: “(On our) first time in a major tournament and an opening game against Denmark in their home stadium. When we heard the national anthems, it was very emotional for us.

“And then what happened with Christian Eriksen – a very dramatic and sad incident. And then finally, we get a good result from the game.

“Of course I am happy for that. Unbelievable. We are going to remember this for a long time for different reasons.”

Finland forward Teemu Pukki, the Norwich striker, said: “We are of course delighted for the result, even though the evening left much more to think about.”

Mike Dean to referee Merseyside derby between Everton and Liverpool