Erik ten Hag has told his Manchester United players to learn the lesson of their painful defeat at Arsenal as he tries to deliver a first trophy in six years.

United lost for the first time in 11 games at the Emirates as Eddie Nketiah’s 90th-minute strike sealed a 3-2 win for the Gunners, with Ten Hag claiming that all three goals were ‘avoidable’.

As United look to get back to winning ways in the first leg of the Carabao Cup semi-final at Nottingham Forest on Wednesday night, Ten Hag urged his players to learn from their mistakes. 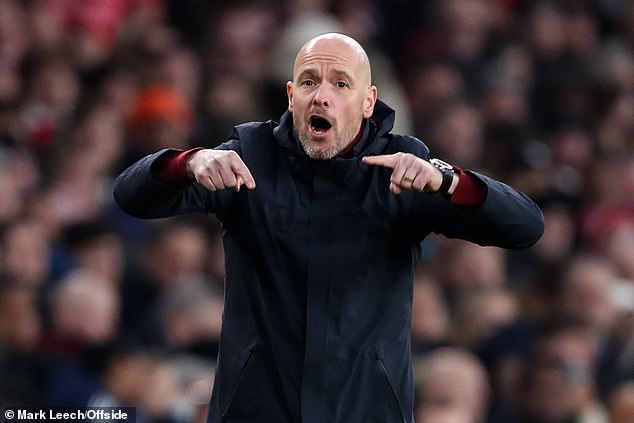 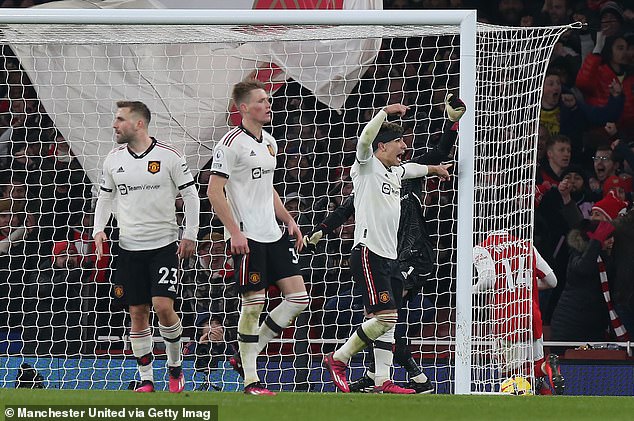 ‘In general, against Arsenal we defended very well,’ said the Dutchman. ‘They didn’t get clean shots, was one time from free kick. There was a lot of defence between the ball and the goal.

‘But all the goals were avoidable and that’s my point – it cannot happen. When you concede three goals in a top game you can’t win, that’s one of the conclusions. We have to take this lesson.

‘We left it behind. We said the right conclusions, then we have to move forward and quickly because tomorrow is a big game and focus on that.’ 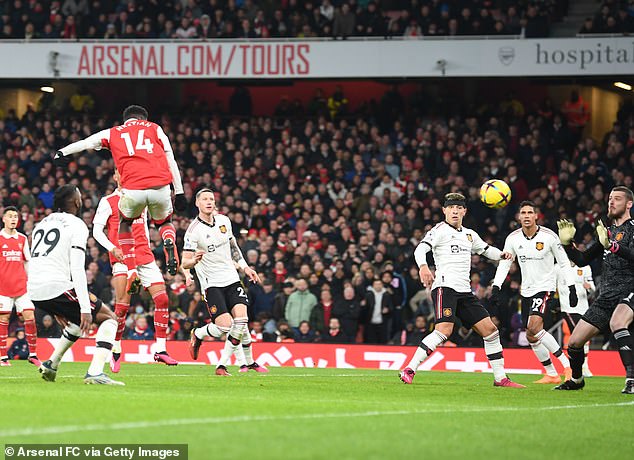 Ten Hag admits that is too long and wants to take a big step towards the final in March ahead of next week’s second leg at Old Trafford. The two ties fall either side of Saturday’s FA Cup fourth round clash with Reading.

‘It’s about winning trophies, so we have a good opportunity but we have to go game to game,’ said Ten Hag. ‘Now we play Forest over two legs, so focus on the first leg and don’t think further ahead because that will distract us. 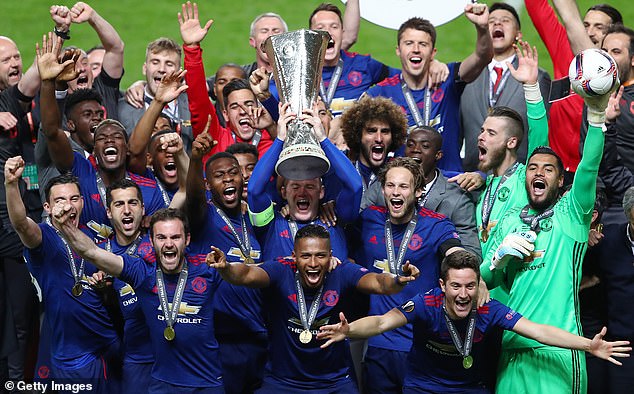 ‘It’s the best feeling you can have, winning a trophy. I’ve had the luck in my career to win some and it’s magnificent, especially for the fans. It’s so great and I think the fans here have some experience, especially the older ones.

‘In this period Man United didn’t win trophies and it’s too long ago. We are aware of that fact and we have to do it again.’

On facing Forest at the City Ground, he added: ‘It’s a long time ago that United played there. It will be a good atmosphere and I think we like that when it’s a fanatical audience. I think it will motivate the players and we have to get ready for that.’