Erik ten Hag’s refusal to give up on his Frenkie de Jong dream is contributing to Manchester United’s inertia in the transfer market, it has been reported.

The Dutchman, who coached De Jong at Ajax, has identified the midfielder as his primary summer target with United having done everything they can to prise him away from Barcelona this summer.

With the Catalan club’s finances in a diabolical state of affairs, De Jong is still owed around £17m in deferred wages which he has not been willing to forgo. Barcelona have told him to leave or accept a significant reduction in his pay packet. 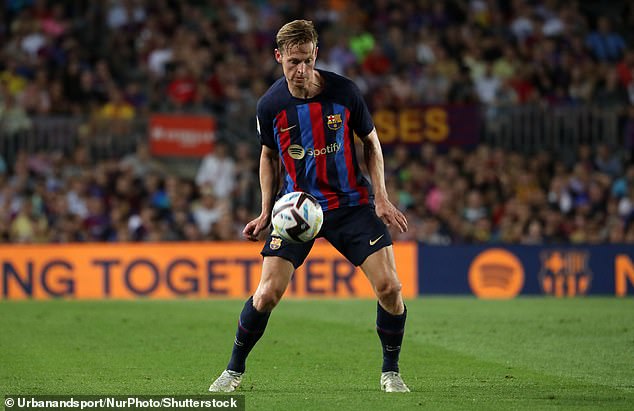 According to The Mirror, United’s difficult summer in bringing in fresh faces to improve the squad is being caused by Ten Hag’s insistence that De Jong is the man to fix their problems.

Having agreed a £70m deal with Barcelona for the midfielder in July, the move has since stalled and there seems little budging from De Jong on the wages he is contractually obliged to receive from Barcelona.

It has been reported that Ten Hag was handed a transfer kitty of £150m at the start of the summer and so far they have only brought in Tyrell Malacia, Lisandro Martinez and Christian Eriksen. 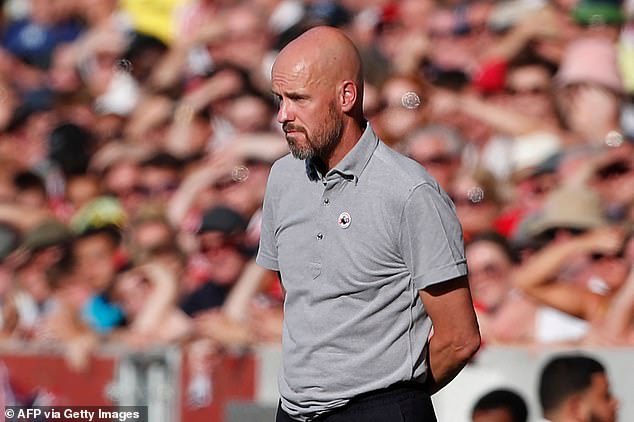 The club has agreed a deal with Juventus for Adrien Rabiot but that move is now said to be at risk of collapse over the Frenchman’s wage demands.

Reports say that Ten Hag has been reluctant to sanction any other transfers in the fear that he will lose the financial ability to be able to bring in De Jong.

It has been reported that the Xavi has told De Jong he doesn’t feature in his plans for the forthcoming season with the former Spain international said to be keen to sell the player this summer. 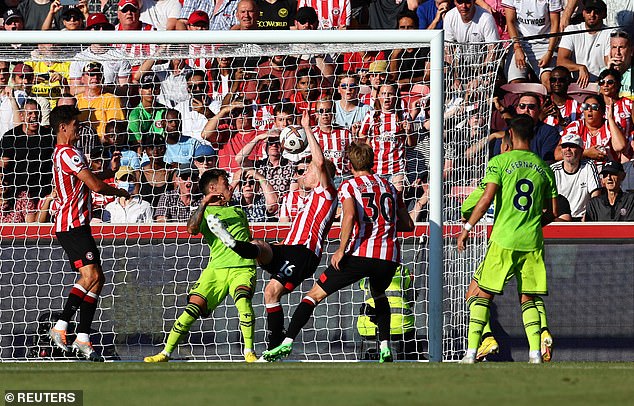 Lisandro Martinez, one of the club’s signings this summer, was heavily criticised for his performance away at Brentford

Ten Hag has seen his reign as United boss get off to the worst possible start with two defeats in their opening two Premier League fixtures.

Saturday’s 4-0 defeat at Brentford, where they conceded four in the first half alone, has been labelled United’s worst ever performance by some figures.

With weeks left of the window, the club will know that they have to make significant moves in the market or the pressure on Ten Hag and other senior figures at the club will only ratchet up.

The Mirror also report that Ten Hag and United are interested in signing Cody Gakpo, the 23-year-old PSV Eindhoven forward.

However, with De Jong their primary target for the remainder of the window, it remains to be seen whether or not they will have the funds to complete a deal for Gakpo.

Meanwhile, Ten Hag on Saturday spoke of how ‘difficult’ the job had become.

‘It is difficult for me,’ he said.

‘It is always a surprise when you start a game like this. After 35 minutes we conceded four goals. This is not possible. The team has to take the responsibility, I feel really sorry for the fans who did everything to support us, we let them down.’ 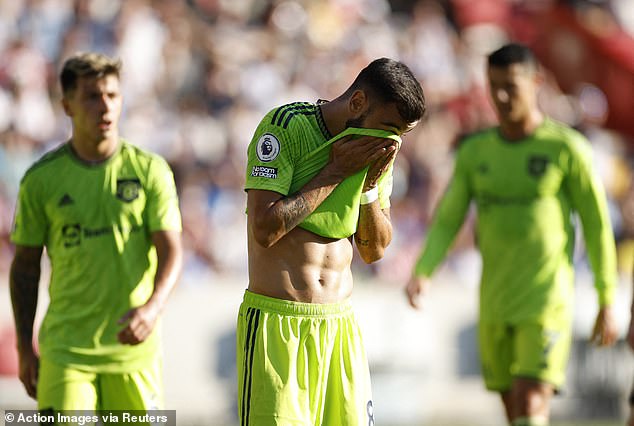