Chelsea are undergoing a period of transition under Frank Lampard as the 41-year-old brings through an exciting young group of players at Stamford Bridge. The new Blues manager has blooded a host of academy graduates this season while maintaining his club’s status as a top-four side in the Premier League.

Chelsea were sat fourth in the table before the coronavirus pandemic caused the postponement of the remaining top-flight fixtures.

They are also still in the Champions League, albeit barely after being thumped 3-0 in the first leg of their Round of 16 tie against Bayern Munich.

The Blues have undoubtedly been inconsistent this term, but there has also been a sense of optimism surrounding Lampard’s young squad that has not been present under previous regimes.

The emergence of Tammy Abraham, Mason Mount and Reece James as genuine first-team stars has reconnected the playing squad to the fanbase, while Fikayo Tomori, Callum Hudson-Odoi and most recently Billy Gilmour show Chelsea do not lack strength in depth among their young charges. 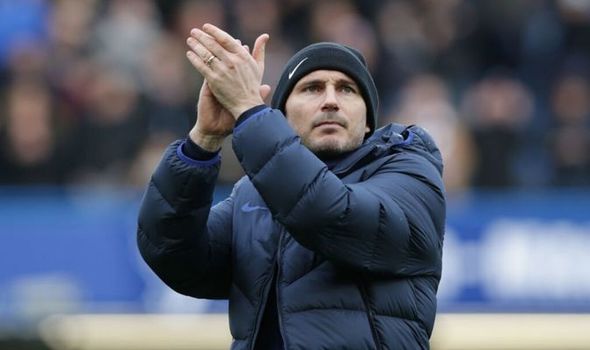 There is also an element of rebuilding taking place after the departure of Eden Hazard to Real Madrid last summer, with the signing of Mateo Kovacic complemented by Hakim Ziyech’s imminent arrival.

Lampard is expected to target a host of other high-profile stars this summer, including Jadon Sancho, Alex Telles and Gabriel Magalhaes, while clearing out players who do not fit into his plans.

But the Blues boss has changed more than just the squad list since taking over at Stamford Bridge, with Lampard making a number of alterations and decisions which look set to bear fruit over several seasons.

The Athletic report how the former England midfielder has taken a leading role in the conversations over who Chelsea sign and don’t sign, having developed a healthy working relationship with Marina Granovskaia.

This is a different approach to former bosses, with Antonio Conte an example of a previous incumbent who was seemingly always at odds with the board over transfer decisions.

And in contrast to Conte, Lampard did not publicly or privately criticise the Chelsea hierarchy over a lack of signings following the recent lifting of the Blues’ transfer ban.

He is said to have instead recognised the club’s efforts in pursuing his targets, cultivating a more collective approach to building his vision at the club.

Lampard is supposedly considered an asset in persuading potential targets to move to Stamford Bridge, with Hakim Ziyech citing conversations with the Blues boss as key to his impending move from Ajax. 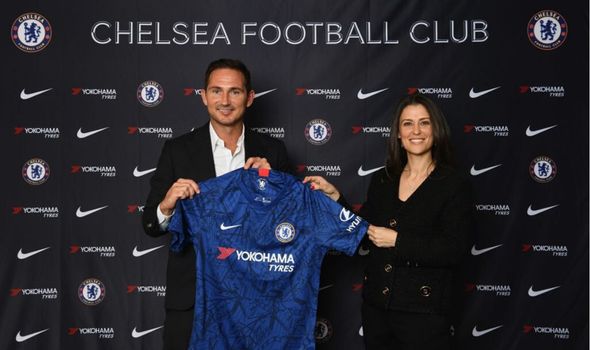 This will bear fruit down the line as he builds a reputation among players at other clubs, while his treatment of young talent this season has immediately made Chelsea a more attractive destination for promising starlets.

Previous boss Maurizio Sarri was noticeably rigid in his team selections, refusing to rotate his senior squad unless pushed and rarely giving academy players a sniff of game time.

This environment was not conducive to long term progress at the club, while Lampard has also made an impression among the non-playing staff with a source telling The Athletic he provides a “willing ear” to scouting recommendations.

This collective effort is designed to avoid past mistakes in recruitment, such as the gambles on Alvaro Morata, Danny Drinkwater, Davide Zappacosta and Tiemoue Bakayoko that backfired.

A suggestion could also be made that budding young talent such as Romelu Lukaku and Kevin De Bruyne would have found a home under the new regime before being considered surplus to requirements, although this is easy to speculate in hindsight.

Most importantly, the joined-up thinking from Lampard and his staff has provided a pathway from the academy to first team football – thereby unlocking millions of pounds worth of talent which would previously have been stuck in Chelsea’s sprawling loan cycle.

Additionally, a direct link to the board and clear, shared objectives will minimise wasted expenditure and help prioritise investment in areas of the squad that really need it, meaning when the Blues identify a target they can commit wholly to the pursuit.