EXCLUSIVE: Disgraced ex-FIFA official Jack Warner – who robbed England of the chance to host a World Cup and is accused of taking a $5m ‘bribe’ to back Russia – apologises for misleading Prince William and David Beckham over his support for their bid

In the tatty surroundings of a newspaper office on the paradise island of Trinidad, wearing a dishevelled shirt and surrounded by broken chairs, Jack Warner is a pale imitation of the man who once led the high life as one of world football’s true power brokers.

For three decades, Warner was a massive presence in the global game, a first-class flier to five-star hotels who rubbed shoulders with presidents, prime ministers and princes.

But that was before the spectacular fall from grace, before the allegations of widespread corruption started to seep out, before the FBI fraud charges, and before he was barred from all football. 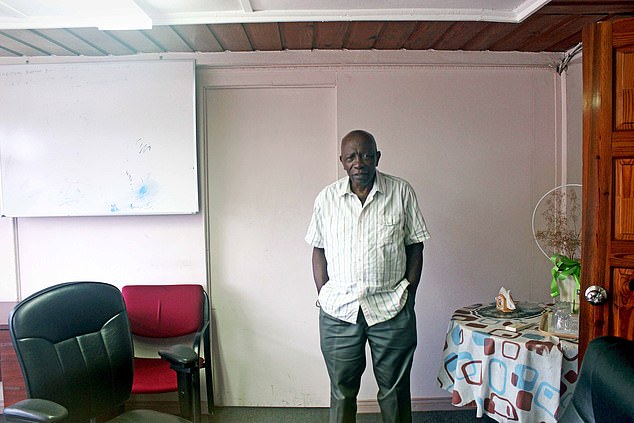 And before last night’s extraordinary apology for robbing England of the chance to host the 2018 World Cup and allowing Prince William to believe he had supported the bid.

‘I failed, I erred and I apologise profusely for that,’ Warner said. ‘But I thought it was Russia’s time to host a World Cup and I have no regret.’

Warner, 79, whom FIFA barred from football for life in 2015, is widely considered the kingpin whose alleged corruption allowed Qatar to ‘buy’ its way into hosting this year’s tournament. 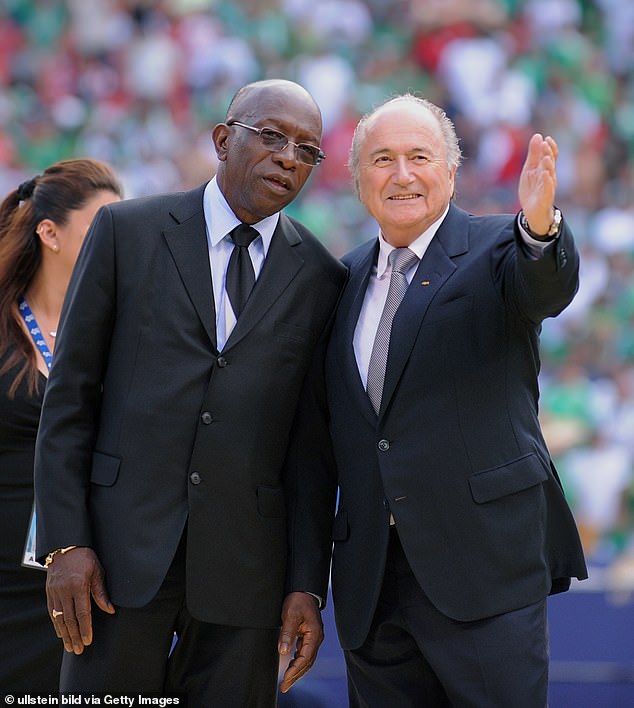 The former FIFA vice-president is fighting extradition to the United States on multiple corruption charges, including accusations he pocketed a $5million (£4.3m) ‘bribe’ to support Russia’s winning bid.

Last night, he broke years of silence to admit he understands the hatred towards him in England — yet ironically also says he will be supporting the team in Qatar.

In an extraordinary interview from the offices of the local newspaper he runs in his native Trinidad — a country he has not left since the US filed 29 charges of fraud, corruption and money-laundering against him in 2015 — he said: ‘Where I failed is I should have told England very early of what my intention was. I did not do that and therefore they were led along to believe I was supporting them.

Warner’s half-hearted apology was described as ‘too little, too late’ by one insider with knowledge of his dealings during the England World Cup bid. ‘He agreed to support England, told everyone he was supporting England and then, at the last minute, he took the bribe from Russia,’ the source said. ‘The guy has never spoken so kudos to you [the MoS] for getting him to speak.’

In December 2010, FIFA hosted the elections to decide who should host both the 2018 and 2022 World Cups, with the FA putting together a star-studded bid team for the first tournament.

They lost out to Russia while Qatar stunned the football world by winning the right to stage this year’s tournament.

Warner bragged about meeting the late Queen, Prince William and David Beckham, who flew to Trinidad and hosted coaching classes in the hope of winning Warner’s support for the UK bid.

The former head of the Confederation of North, Central America and Caribbean Association Football (CONCACAF) said: ‘I met the Queen, I met her husband. The Queen gave me her plane to go to Ireland. England was very good to me.’

Referring to his meeting with Prince William, he said: ‘I never said [to him] that I would vote for them. I said, of course, I would give it some serious thought.

‘Even when the English team came here [to Trinidad] and Beckham came and did coaching courses and so on, they asked me to make a statement that Jack Warner of CONCACAF now supported the England bid.

‘I didn’t do it. I never made a public endorsement of anything.’ 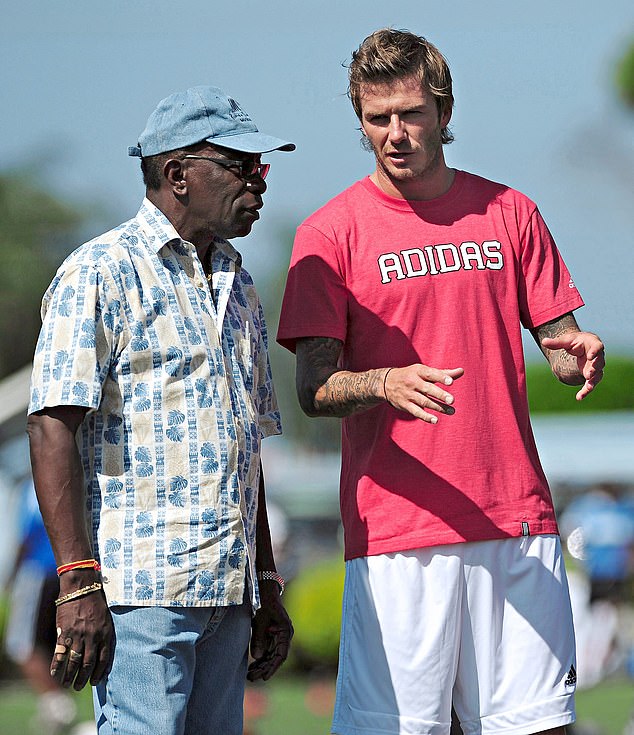 Warner met the late Queen, Prince William and David Beckham when they flew to Trinidad

Speaking to Prior Beharry of AZPNews.com, Warner — who reportedly may have made up to $100m in bribes during his more than two-decade career at the pinnacle of football — admitted he gave Team England the impression he would be supporting them.

Today he is a pale imitation of the man whose vice-like grip on the game made him both feared and despised. Wearing a crumpled shirt, he speaks in the rundown offices of ‘Sunshine Today’, a local newspaper he set up shortly after US authorities filed charges in 2015.

Broken chairs litter the room. A plastic table with dried flowers sits in the corner. His life today could not be further away from his glory days travelling the world in first class, staying at five-star hotels and hobnobbing with world leaders whose names he rattles off at will.

‘There is nobody in the Western world who has travelled more than I, who has met national leaders from Mandela to Putin from Joe Biden to Bill Clinton and Barack Obama. I have sat with all of them.’

His appeal against extradition to the US was turned down by the Appeals Court in Trinidad and is now being heard by the Privy Council in the UK, the highest appeal court for a Commonwealth country. Warner, who faces spending the rest of his life in jail if convicted in the US, says he believes he will get a fair hearing at the Privy Council.

‘They have no axe to grind. I feel safe and sound that I shall be judged fairly before them and, at the end of the day, I am just waiting to see what the outcome shall eventually be.’

Warner rarely watches football any more, saying: ‘I don’t look at football. I look at cricket. I am a cricket fanatic now.’

Ironically, he will be supporting England when they take on the US in the group stages in Qatar.

‘It doesn’t matter to me who wins but if you ask me that twice I’ll tell you [I support] England because America has done damage to me and my family and therefore I am pained with America so I hope they get knocked out first. But beyond that, I don’t care.’

He accepts British fans hate him: ‘Yes, they hate me. But hatred doesn’t last forever. At some point in time they have to come back to reality. When you hate somebody so much it tends to consume you and that is what affects you in the end.’

Speaking about a £10m Netflix documentary series ‘FIFA Uncovered’ which airs next month and is expected to ‘eviscerate’ Warner and his pivotal role in the massive bribery scandal surrounding the 2018 and 2022 World Cup tournaments, he said: ’It doesn’t interest me. I will be involved in it, they say.

‘I’ve stopped looking at football. I say to Netflix: “Get a life!”. If they believe that this will help them make some money, go ahead.

‘I have insulated myself from criticism and [from] football. If not I would have been dead already. I won’t watch it and I don’t even want to hear about it. I live deliberately in a kind of cocoon. I have internally migrated, for want of a better term, and therefore these things don’t worry me any more.’

Warner spends his days rising early. He walks daily from 3.30am to 4.30am, with armed bodyguards, before working at his cluttered desk inside his newspaper offices in a poor part of a town where he claims he was once a local hero.

‘There are guys who consider me there to be a demigod, a semi-god, because I fix their roads, their bridges,’ he said. ‘I went to their functions. I gave scholarships for children of cane farmers. You name it I did it. Wherever a problem arose I was present.’

After work he drinks with his cronies in a local bar playing his favourite card game. There is no sign of the massive wealth he is said to have accrued. He claims to have lost $2m during the pandemic from lost rental earnings on properties he owns on the islands of Trinidad and Tobago.

But he refuses to be drawn on claims he has stashed away millions in off-shore accounts.

A person who knows him well says: ‘He used to live large. Now, he still has a nice house, the same house he’s always lived in, but he’s a sad figure. If he has money stashed away, which we all think he has, then he’s not using it. Maybe he’s spending it all on lawyers to stop spending the rest of his days in prison?

‘He’s become something of a pathetic figure. He used to be so powerful. He is still arrogant. He stood in the local parliamentary elections recently and lost. Here on the islands he is still respected by some people.

‘He was kind to poor people. He tried to portray himself as a Robin Hood-type of character. In his defence, he did do good for the very poor. 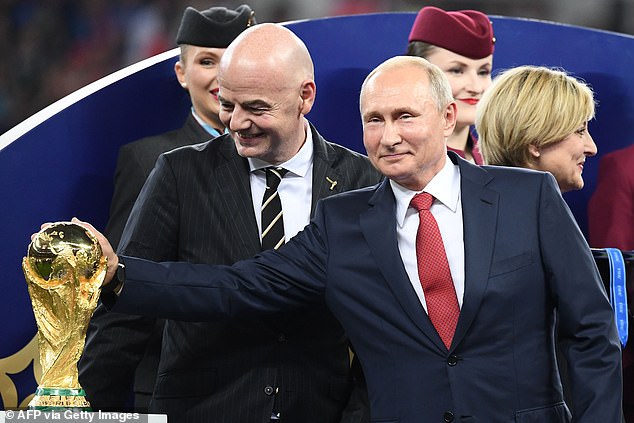 ‘But he was always corrupt, he spent 30 years being corrupt. There are many people who hope he will finally be brought to justice but he’s escaped it so far so that hope is tempered in reality.’

Warner remains unrepentant about switching his vote to Russia after President Vladimir Putin personally lobbied him — and allegedly paid him millions via off-shore shell companies to ‘buy’ his vote.

In the US indictment he is accused of accepting $5m in bribes from Putin and his cronies. Warner continues to deny he was bought off and vehemently denies all charges against him.

‘In the end when I sat down I realised that England had hosted World Cups before,’ he said, seemingly ignorant to the fact the country has hosted just one, in 1966.

‘Russia had never hosted a World Cup and I felt it was Russia’s turn. When I sit back now and reflect I have no cause for grief because I believe honestly I did the right thing.’

The Privy Council has not set a date on when it will rule on whether Warner should be extradited to the US. Sources in America say, because of his age, Warner will be put on a ‘fast track’ for trial.

A legal source with knowledge of the case said: ‘It’s shameful that this crook, one of the most corrupt men ever in football, is still walking around.’ Warner is free on $2.5m bail.

‘If he loses his appeal against extradition, expect things to move quickly. The Feds have wanted this guy for a long time. He’s in their sights. They believe they have a rock solid case against him and are determined justice will be done.’

Warner claims he has been ‘harassed’ by international media since the FIFA corruption scandal erupted. The BBC and others have been met with silence, something he understands will make this — his first interview since charges were brought — explosive.

He said: ‘The media hates me. I can never get a fair trial. So that is why I have never spoken.’

Cristiano Ronaldo's family 'support a move back to Sporting Lisbon'

MARTIN SAMUEL: It's time for sneering Taylor to go