Ole Gunnar Solskjaer has some cut-throat decisions to make at the end of the season when he hopes to have his first trophy as Manchester United boss under his belt. The Red Devils are set to go all out for Europa League glory following their FA Cup exit at the hands of Leicester last Sunday, with a top-four finish in the Premier League already a formality barring a late collapse.

Somehow, United will have to find a way of making up the ground on champions-elect Manchester City if they want to go one better and win the title for the first time since 2013.

That will mean bringing in several marquee additions and this time around there is little margin for error.

Solskjaer has generally nailed it in the transfer market since taking over the reins from Jose Mourinho in December 2019 and as things stand, there are question marks in six areas in regards to his potential starting XI next season.

Between the sticks, Solskjaer is still yet to decide on his first-choice goalkeeper moving forward. 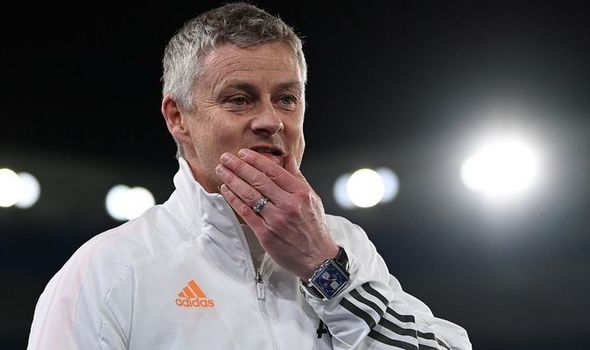 Dean Henderson now looks set for an extended run in the side and he’s had to be patient in the shadow of David de Gea.

The Spaniard has simply not been up to scratch in the past few seasons despite maintaining the full support of his manager.

There has been some suggestion Solskjaer could still bring in another goalkeeper this summer with Nick Pope, Jan Oblak and Hugo Lloris among those linked. The No 1 spot is still up for grabs unless Henderson can stake his claim between now and the end of May.

Solskjaer’s defence though appears to be the most settled department of all with Luke Shaw, Harry Maguire and Aaron Wan-Bissaka all undroppable figures this season. But there is still one area that lacks clarity.

Victor Lindelof could be upgraded this summer, with Eric Bailly currently unhappy with his game time.

At the base of midfield, Solskjaer really does have a conundrum to resolve. Paul Pogba would undoubtedly be on the team sheet but his future is still up in the air. He is now in the final 18 months of his deal and there has been some suggestion he could be allowed to move on.

Fred, Scott McTominay and Nemanja Matic have all shared industrial responsibilities in midfield but all three could be upgraded to strengthen United’s spine.

Bruno Fernandes is the man to build this team around and he will continue to start as the No 10 next season.

To his left, Solskajer seems set on Marcus Rashford despite his lack of consistency as the forward continues to blow hot and cold.

To Fernandes’ right, there is still a place up for grabs. Daniel James has been playing regularly in recent weeks but it’s still Mason Greenwood’s role to lose.

Solskjaer is a huge fan of Greenwood – who he always views as a striker – but has been keen on bringing in a new right-winger, with Jadon Sancho top of the bill. 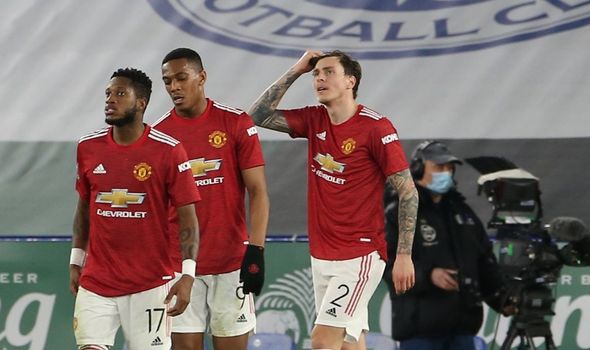 Anthony Martial will also be fighting for a starting berth either out wide or through the middle, where a new No 9 is now the priority.

Edinson Cavani looks set to return to his native South America after his father Luis confirmed his plans to join Boca Juniors.

It means United are set to go after Erling Haaland once again with Harry Kane also of interest to the United hierarchy.

Solskjaer would be more than happy to keep the likes of Cavani and Martial but competition is now fierce and he is not afraid to leave anyone out.

This summer could make or break the United boss, who ultimately is likely to be judged on whether the club can sustain a genuine title challenge next season.