‘We don’t want them to think they’ve made it’: Liverpool kit manager reveals the reasoning behind Trent Alexander-Arnold’s ‘weird’ No 66 shirt… and right back has no plans to change it!

Liverpool’s kit manager has explained the reason why Trent Alexander-Arnold wears the number 66.

The England international has always worn the high number even though many take a lower number when they become a regular in the first-team.

‘When we get any young lads that come down from the Academy, we always deliberately try to give them a high-ish number,’ Radcliffe explains to Liverpoolfc.com. 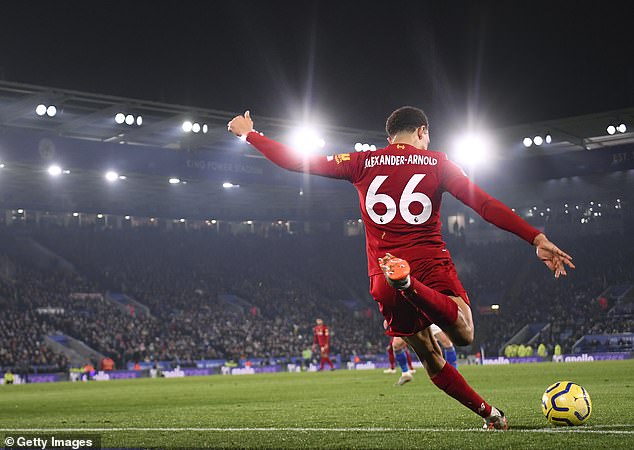 ‘We don’t like to give them a low number in case they sort of think they’ve made it straight away, if you know what I mean.

‘You pick it out because it’s a free number and it’s around that sort of number you think, “We’ll give that out because he’s only just come down”.

‘When you see him now lifting trophies and celebrating with No.66 on the back, it’s a weird feeling and I can’t really describe it. It’s weird to see such a high number and for someone to be happy with it! 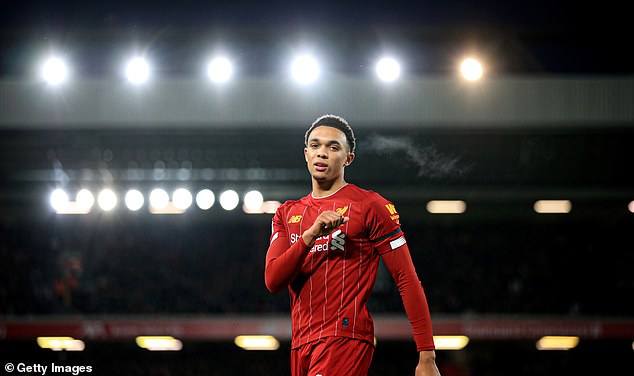 ‘Someone like Trent has just been happy to be around the first team and obviously doesn’t realise how good he is. He doesn’t really ask for anything, to be honest.’

Alexander-Arnold is a leading contender to be named Young Player of the Year but the prospect of there being no PFA awards for the first time since 1973 has significantly increased after the voting process was suspended.

Jordan Henderson, Liverpool’s captain, had been the long-time favourite for the Player of the Year prize, with his team-mate Sadio Mane and Manchester City’s Kevin De Bruyne also in the running.